Galaxy A Series
Its Been announced that A50 will get the One UI 4 update that will be released some between October 24th - December 30th or something like don't trust because I'm not Samsung or someone its just I've been told by Samsung about it, but the update will be on the afternoon, users who have An A50, you'll be glad!
1 Like
Share
Reply
11 REPLIES 11

Some further info in  > https://www.sammobile.com/news/all-signs-point-at-samsung-preparing-one-ui-4-0-for-public-release-so...

Galaxy A Series
Shame, I was wondering as Samsung did say all phones after 2018 would get 3 updates and the a70 has only had android 10 and 11 so far.
0 Likes
Share
Reply 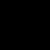