I bought a Galaxy A51 for my friend.  She gets a lot of spam calls and has enabled "Block Unknown Callers" in settings.  This achieves nothing.  Since blocking unknown callers, she has individually blocked nearly 200 separate numbers, none of which are in her contacts list.

There is a thread on the same issue relating to the Galaxy S9 from April 2018.  It seems that for 3 years Samsung has known that an important  feature on its phones doesn't work, and has done nothing to fix the issue.  Before I take this up with a national consumer group, does anyone know what is going on and why Samsung continues to offer and promote a non-functional feature?

Hi @Toxophil, blocking unknown numbers via the Phone app settings only blocks calls from anyone with a private or unknown number. You will still get calls that are not in the contact list unless they are individually blocked. This is normal, is this what you mean?

If your friend wants to have further protection from spam/scam callers, you can toggle this on in Phone app > 3 Dots on top right > Settings > Caller ID and spam protection > Toggle on. You can also go ahead and tap the Block spam and scam calls underneath this, which will give you an option to block all calls identified as spam/scam or only block the high risk ones.

So it's actually "block hidden numbers", not "unknown callers". Why does Samsung pretend it can't write? Apparently to force you into use some third party software (Hiya) which of course comes with yet another bible of legal terms you would need to read to know what you are agreeing to. Meanwhile blocking numbers that aren't in the contact list isn't rocket science, doesn't require any advanced third party software and is an option present in every other phone. This is total BS. Merry christmas and happy new year. 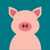 Meanwhile the "Caller ID and spam protection" is hidden and not allow to toggle on. What is the solution for my case?