Discussions
I thought the beta program had ended? 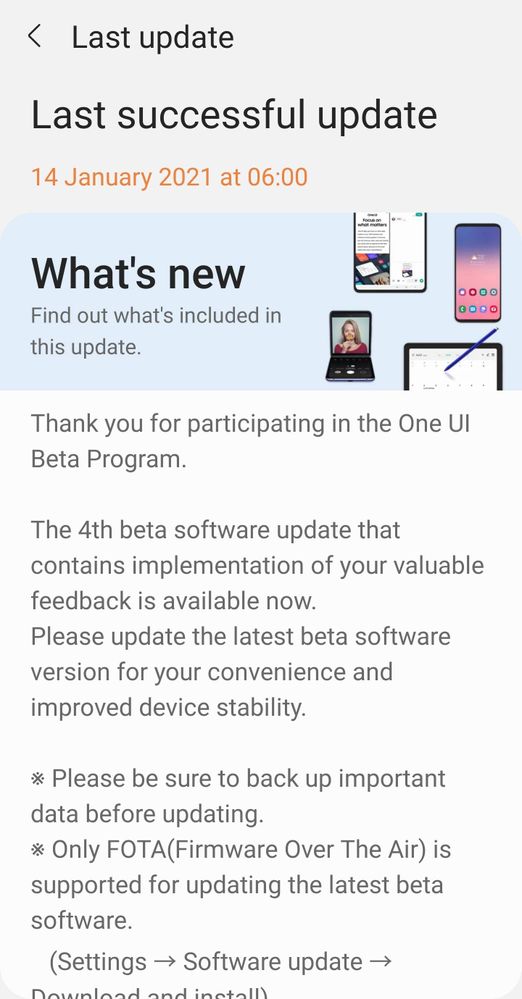 Discussions
yes me to, what the hell! was expecting the stable version. What's going on Samsung?
0 Likes
Share
Reply

Discussions
Must be more tweaks needed.
New beta seems stable. Volume control now on the left which makes sense. Not sure what else is new/different...
0 Likes
Share
Reply

Actually, the final version was meant to be released, but during the testing some critical problems were detected (one related to carrier). So it has been decided, to not release an official version yet. And the last known stable version has been released as a Beta version. This version has some fixes and suggestions implemented and, it's also to make sure that nothing bad happens to your devices, while the rest of the bugs are fixed along with those critical problems.
Sorry for the inconvenience, and it might take a little longer for the final version to be sent, but we just want to make sure that you will not have anything to worry about with the official version.