Andrezao
Explorer
In response to pavlis

As I said a long time ago,  the problem is the hardware not the software.  I bought a Huawei BAND 3 PRO fitness tracker,  all the functionalities are working fine.  Samsung refund me too.

Same here! Very disapodisapp on this issue. The only reason why I got the watch was to track my exercise!

Yep same prooblem here, brought a Samsung gear S3 few weeks ago, however only just started to use the exersize, the HR seems too work outside of the exersize app, however once i start to exersize and check later it shows a flat line in the exersize app for the heartrate, and fails to show up at all when i check the heart rate app, i have tried several different ways but the only conclusion i can come up with the moisture cause by sweat is causing the device to fail to monitor the heart rate, which defeat its use as a device for tracking exersize, if i dry the sensor it will start to work again for a while then fails again. It seem too be an ongoing promlem as evident in this thread, and would like to thiink this is being addressed but from the coments Sumsung are ignoring the issue. its really ashame cause i have many samsung items from enterainment to phones and the watch, until the watch i have not had problem with any item. while i hope the problem is fixed, i am mainly adding this comment to add to the thread to hope more can be done with the problem. in summing up Samsung I will not be recommending the watchs built by you until this problem is addressed and a fix is supplied.

Smukec
Observer
In response to cyber3825

I have got this same problem with my Gear Sport. Its brand new and fully updated. Still the heart rate is a pain, especialy during exercise. It is just not working. Flat line...

pavlis
Explorer
In response to Smukec
It's been extensively discussed hear and in Galaxy Watch forums. The consensus is that it's a hardware problem and that no software will *ever* fix it.
Return the watch and demand a full refund. I did and am loving my Fitbit Charge 3. It doesn't miss a beat! It just *works*.
1 Like
Reply
Highlighted 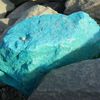 Guru11
Explorer
In response to Andrezao

I think it's a software problem. I think this is because it was good with the previous SHealth version. Then they updated it and made it virtually hypersensitive. And it is also strange that other apps work and measure properly.

Andrezao
Explorer
In response to Guru11

Never worked with the last version SAMSUNG HEALTH and doesn't work with others app.

This is a HW problem.

pavlis
Explorer
In response to Andrezao

My Fitbit Charge 3 works great and doesn't miss a beat. I will never, ever buy a Samsung watch or a fitness device!

Guru11
Explorer
In response to Andrezao

You probably have a hardware problem, but my gear S3 is quite good with other applications. If you sprint then you go up 150-160bpm if you jog then 90-100bpm if you walk then 80-90bpm. (UA Record, Strava