Just to chime back in, mine is getting worse.  I used to get good data using the eliptical workout but now I get flat lines doing those as well.  I'd post screenshots if Samsung wants to see them.  I also notice when HR mode set to Always it reports my HR jumping to over 100 randomly when I'm sitting at my desk at work which isn't real.  I believe someone else here reported that as well.

We all know this is a low priority for Samsung due to the impending announcement of the next version.

Woh woh woh... it's started working. I've got an android update installed it restarted both my s8 and my gear sport and now it's working perfectly. I've done 3 different workout and the HR monitor has done the job, measured my pulse. I hope it will stay like this forever and the problem not gonna come back... Maybe guys you should try turn it off wait a little then turn it back both your phone and your watch.

Wasn't work for me Sorry!

Last Samsung gadget that I bought

Please can we have an update mods?

Anyone else get this update?

Nope. Not had much luck generally.

Was hoping there may be a Samsung health gear update that may solve the issue?

Mods, any updates you know of?

What about do the S.health downgrade for the last or another older version?

I had a gear update yesterday,Which I installed.

I have just come home from the gym where I did a treadmill run. I got no HR dropouts and my HR reading reached 190 which I haven't seen via my watch for a very very long time!!!

Maybe Samsung were listening but not speaking? Maybe it was just a lucky day.

Will keep an eye out but I have my fingers crossed currently.......

This is a screen shot of latest update info.....

What is the number of this update?

I have posted the update after my excited post about the success. I screen shotted it, next post down. But here it is again......

And yes, HR of around 190 would be about right for what I was doing.

On the Sport itself what is the software version?  Go to Settings>About Gear>Software Information>Software Version

The update I received last week was R600XXU1ARG1.

And I have seen HR dropouts with this version already. 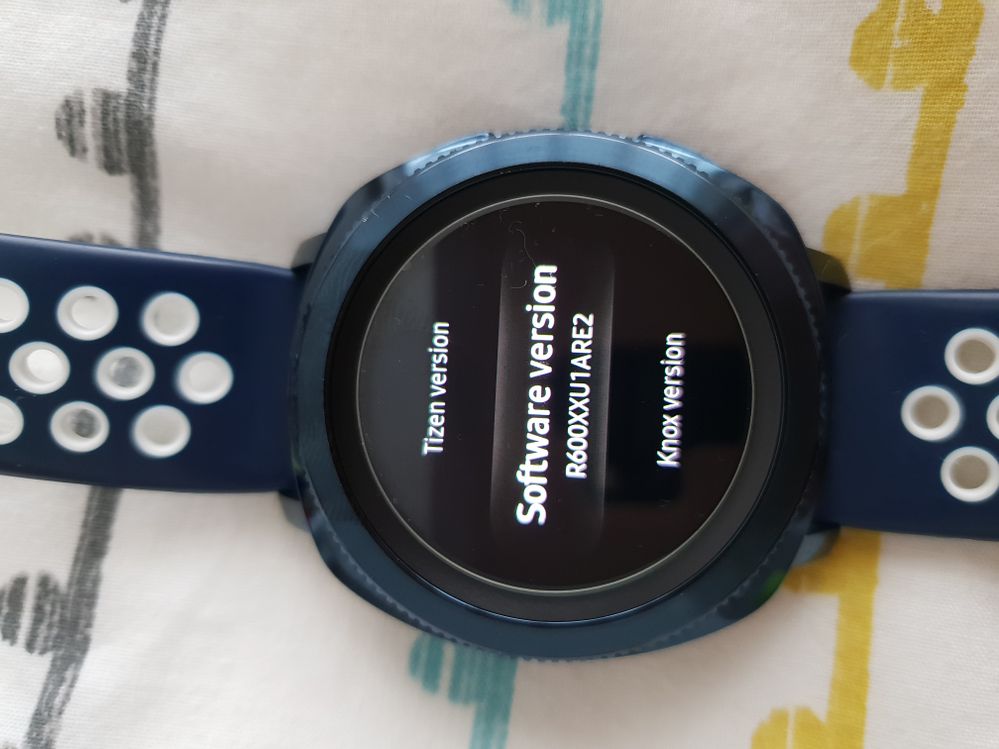 Different one. Have everything crossed.

I've had that update for a while now and still experience the problem. As before, every so often it works but in general it doesn't work still.

Thanks for letting me know

This is the same Version on my Gear Sport updated about 2 weeks.

OK so this thread alone now has over 250 comments and nearly 1000 views.
There are also various other threads that people have been opening for the same problem and i have been guiding them here, both in the EU and US.
The problem has been happening since January (approx).
The problem spans accross 3 devices (gear s3, gear sport, fit 2 pro).
Many users have had replacement devices and this did not resolve the problem (because it is a software problem!), people have had to resort to just 'giving up' and buying a new watch.

Many users have tried contacting Samsung by other means, and even though this has been passed to the devs, Samsung apparently are not aware of the issue.

What does it take to get a meaningful response on this?

Surely when this many users on different devices, in different countries report the same problem for months on end, something must be done?

If this problem has been passed to the dev team, unfortunately that alone is no longer good enough, it needs to be escalated to management or someone with more 'influence'.

This is the last Samsung device i will buy. Support with easy problems is OK at best but as soon as there is a problem which takes a bit of thinking about, Samsung don't want to know. Often when support are contacted they either a) Don't even read your message b) Don't have the training to understand what you are talking about or c) Can't speak good enough english.

MOD's. Sort it out please.

So after 2 treadmill runs and a hike with good regular consistent HR readings,I was feeling full of positivity.

Did an outside run today. HR was average 87 (??) reading for the whole run but clearly reading half count rather than double count,which it seems to do intermittently at rest!!

Mods what is happening???? Some sort of response would be appreciated. Samsung are being simply rude.

Maybe put the information in the Twitter and social media and networks.

Maybe with this we will have some attention