Hi all, the strap on my gear fit 2 has broken and I bought a copy as replacement as I couldn't find a genuine Samsung strap. The copy strap keeps popping off the watch face so I don't trust it to keep my watch on my wrist.

I contacted Samsung today and they said that the strap isn't covered under the warranty but I can buy a new strap. However, when I was transferred to sales they said they don't have official replacement straps but they have some resellers that offer straps. She gave me 3 companies - formysamsung, e spares and partmaster. I've checked all of these online and none of them sell straps either.

So I now have a fitness band that I can't wear! Has anybody else had this issue? I can't believe Samsung don't sell replacement straps, just shows that they're only interested in selling new things and not interested in providing after care...

Wearables
This same thing happened to my watch yesterday. Were you able to find a solution to this problem?
1 Like
Share
Reply

Samsung support said I could send mine in for $70 diagnostic then whatever repair cost. I search for cheaper options (using resin/epoxy/model cement/etc) then found this option for super cheap!

Search Amazon or Walmart for "gear fit 2 rugged band" or "Gear Fit rugged". For under $10 USD you can get something like this...you just detach the watch bands and pop the watch into it. 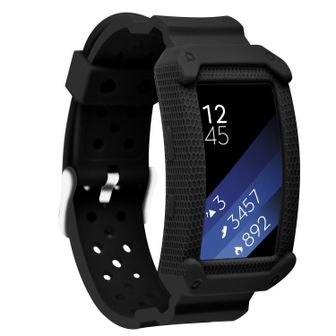 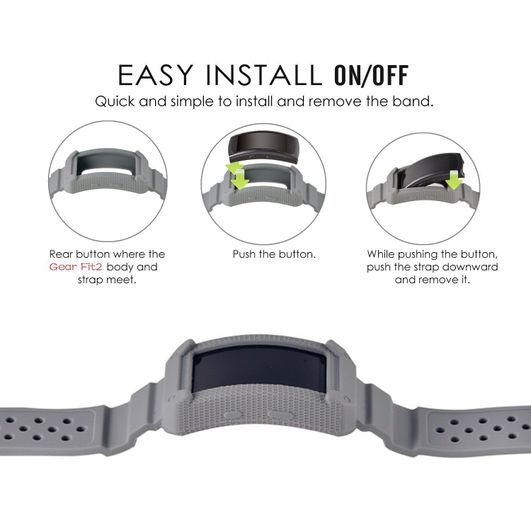 My straps broke within the first few weeks of receiving my Gear Fit 2.  I couldn't afford to buy new straps as I had spent everything I saved on the watch. I wasn't able to remove the piece that holds the strap & the watch together as the band fell off at the connection.

I eventually got tired of not being able to wear it. I finally contacted Samsung and they told me that my watch no longer had a warranty as I had waited too long to ask them to fix it.

I finally was able to find a place that fixes things, which Samsung had recommended to me too! However, they were unable to remove the connector from the watch in order for me to get new bands on it too.

So here I am with a $200 watch and no way to wear it because the bands won't stay on and the connectors won't remove! This is the 1st thing I've ever bought from samsung that I've been so dissatisified with & disappointed in the way they refuse to help.

I beleive there should be a recall on this watch! Especially since the  connector cannot be removed in order to replace the cheaply made bands that won't stay on!