Fit e has boxes on screen

I got my samsung fit e just 3 days ago and because I was connecting it to an iphone SE i thought I would have to update it. So I did but after about 25-30% an exclamation mark appeared on the screen so i tried charging and waiting for the exclamation mark to go and it did but then the boxes with crosses inside of them appeared on the screen so then I tried resetting but the boxes where still there so them I tried updating t watch again. Which got to 45-50% but the same thing still happened. I'm confused what to d 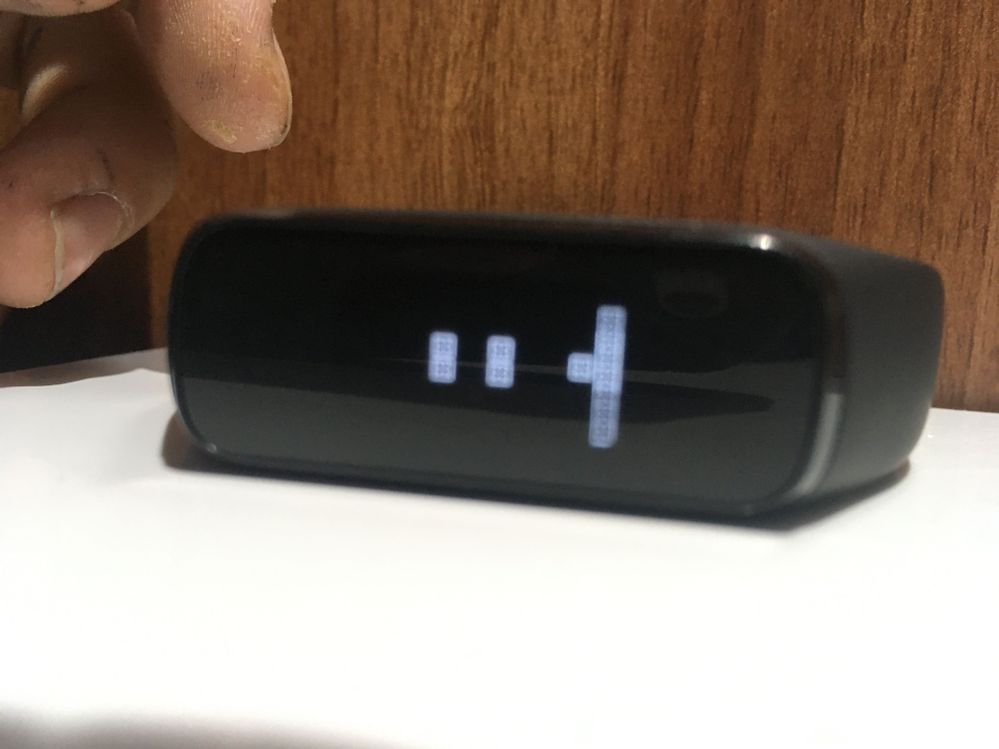