Wearables
Little tip I've found out.... don't have a constant bpm re order on. The battery will die quickly lol! 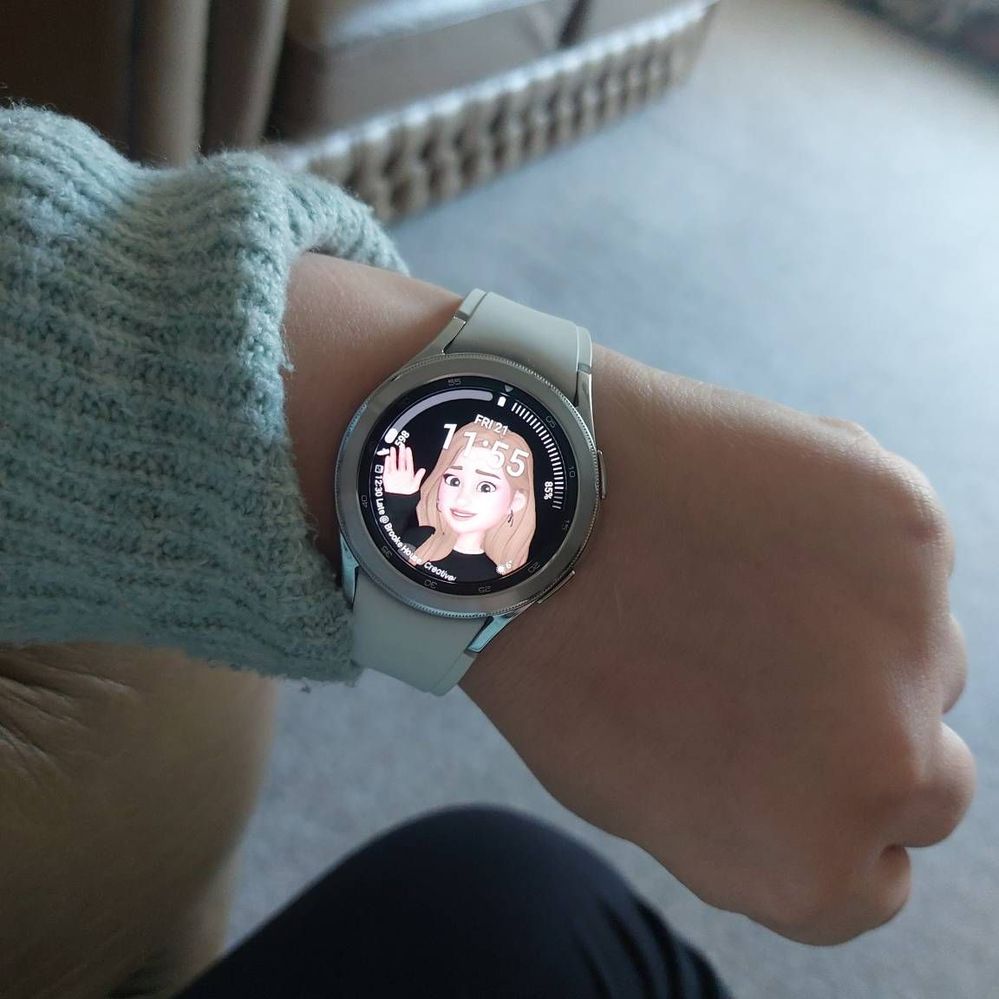 Wearables
I loveit. Just trying to getto grips with the tiles and what other ones I can pop on
0 Likes
Share
Reply

Wearables
Also don't have the always on display....my watch lasts just under 3 days, my partner has hers on always on and battery lasts about 18 hours
1 Like
Share
Reply

Wearables
Thanks. That was the first thing I've switched off. Turning constant bpm Tracker off seems to have sorted it.
0 Likes
Share
Reply

Heart rate monitoring sensors and their small LEDs actually don't affect the power consumption at all. Or how else do you think fitness trackers with their constant heart rate monitoring manage to attain a battery runtime of about a week, even though they have significantly smaller batteries? My Watch4 Classic didn't show any difference whatsoever between the three settings. That's an old cliché that was actually never true in the first place. Neither on the sensors from, say, five years ago, nor from today. They were always among the least consuming features, and they become more and more efficient and more precise.
Mine (Watch4 Classic 46mm BT) with AoD enabled between 7am and 10pm lasts two days.
What does affect the battery runtime greatly is LTE, WiFi and GPS. These empty the battery very fast. But the HRM? Doesn't do a thing to the runtime. Even when it also enables the red LEDs at night for the blood oxygenation, which it is also constantly measuring, it doesn't affect the battery runtime to any noticeable amount.
Actually, Samsung has had issues with HRM and other fitness-related features in the beginning of every watch generation for at least the past three years. On some earlier Galaxy Watches (SM-R800 from 3,5 years ago), the sensors either didn't record every ten minutes (and may have killed themselves via software) or had issues measuring continuously in general, even after a ton of updates (there's a thread in the German Samsung Community with about 900(!) posts regarding this, which was the reason why I had to have mine sent in three times, because it always ceased to work after a few weeks), this watch (the Watch4) doesn't properly measure deep sleep, the Gear S3 had issues figuring out what kind of workout you're doing using the workout detection and had a bug that killed the battery in less than twelve hours when an alarm was set, none of those listed properly count the floors climbed... It may as well be a bug relating to the HRM that kills your battery so quickly. Mine doesn't measure properly outside of a manually started workout, but doesn't affect the battery runtime like yours, and issues regarding heart rate monitoring with this watch are actually known bugs since the watch has been released.

Other than that, enjoy your new watch! It sure looks pretty, and since they upgraded the hardware (especially the graphics processor), the interface runs really smooth and is very pleasant to use. As for the other bugs, there's a high likelihood that they are fixable with software updates.

Wearables
I have the Watch3 & love it, as above has said, change setting for AoD & how often it tracks your rates, you can change it anywhere from every 10min to hourly maybe more. Mines set to hourly.
Also be aware of what type of watchface your using, some can drain battery more then others, spesh 3rd party, say those with an animation.
I get about 3days out of my watch. My daughter has same watch, had her display always on, she was getting 2days between charges till she changed it to motion activation, so when she twist the watch face appears, mine is set to button tap/alerts as the slightest movement & the light up was annoying in the evening when I was crocheting or knitting, kept stopping to look at the watch lol.
The wrist twist action seems to be alot more sensitive to my old Moto360 watch. Gutted it wasn't supported anymore as of 2yrs ago, as I'd just put a new battery in it, I'd owned that from 2013, so I hope I get just as much life out of this watch 3 that I've had for a year now.
I've had no issues about it detecting work out when I've been on my XT. But it doesn't register that I've walked up my household stairs as another floor. Has done when I've walked up short staircases of 8steps in a shopping cntr tho & using an escalator lol.
If its not registering "deep sleep" like the other poster said, it's because your not going into deep sleep enough like you thought you was. I'm lucky if I register around 10mins of deep sleep a night, but I don't wake up feeling tired, I'm just a light sleeper.