Watch our latest videos to take a closer look on the top features and technological innovations of Samsung Mobile devices and appliances.

Turn on suggestions
Auto-suggest helps you quickly narrow down your search results by suggesting possible matches as you type.
Showing results for
Search instead for
Did you mean: 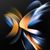 Moderator
Options
(view in My Videos)

From our Newsroom article:

"The launch of the Galaxy Fold will herald the arrival of a whole new category of smartphones, introducing one of the most meaningful innovations in smartphone technology in the past decade. Samsung released a new video on April 15, ahead of the commercial launch of the device.

The film follows a dancer as she breaks free from rigidity and physical constraints. She moves through a period of self-exploration and into a state of self-realization that manifests in a powerful dance sequence. The film then resolves with the reveal of the Galaxy Fold, clasped in the dancer’s hand. The music is a modern reinterpretation of ‘Tom’s Diner’ from the critically acclaimed artist Santigold."

You must be a registered user to add a comment here. If you've already registered, please log in. If you haven't registered yet, please register and log in.