Open search
Turn on suggestions
Auto-suggest helps you quickly narrow down your search results by suggesting possible matches as you type.
Showing results for
Search instead for
Did you mean:
Close search
yesterday 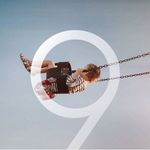 Hiren01 Galaxy S20 FE | Galaxy S20 | Galaxy S20+ | Galaxy S20 Ultra
1 Like
1 Like
###UPDATE### I spoke to Samsung for a second time and said they would pick up the device and look into the fault. If the fault was found to be with the manufacturer and not accidental damage they would replace the camera.    And hour after they received the device in there warehouse I had an email to update me saying they were done and ready to send it back. I was pretty skeptical about it because it was done very quickly, and they hadn't informed me of any fixes.   I received it back today and it seems like they've replaced the entire back of the phone. I've not checked the serial numbers yet so can't say for certain if they just sent me a brand new device but there's no more crack.    Very glad they sorted this as it was no fault of my own that it broke.    If you haven't already get on the chat service to Samsung and have them collect and check the device for any issues.   Good Luck!      ... View more