Open search
Turn on suggestions
Auto-suggest helps you quickly narrow down your search results by suggesting possible matches as you type.
Showing results for
Search instead for
Did you mean:
Close search
‎25-08-2020 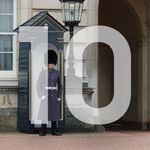 OptimistPrime TV
Hi Guys,   First time here, seeking some help on resolving a problem that I've been relentlessly trying to resolve for the last month with absolutley no luck, whatsoever. I have a home theatre setup as follows:   Source Devices: Xbox One X, Amazon Fire TV Cube and a Cable Set Top Box connected to a Sony STR-DN1080, connected to a 2018 Samsung 75" QN75Q9FNAFXZA 4K HDR TV (with One Connect Box).   For some reason I cannot change the resolution on any of the devices past 720p, without the TV saying "No Signal". My cable box is the only one that has an option for 1080i and I can change it to 1080i, but if I try to change it to 1080p, again the TV says "No Signal". Up to a couple months ago, I was able to get a 1080p and 4K signal ok, but later on from time to time there would be a flicker on the TV whenever it was set to 1080p or 4K, now I have no flicker and no 1080p or 4K signal. The XB1 and FTV work fine on 2 other TV's (Samsung and LG) which I own with no problems. So I have concluded that the problem is with the TV, thought it would have been the OCB but it is not, as I purchased a new one and still get the same problem.   So in short I cannot get a resolution above 720p without getting a "No Signal" disply of the TV. I have read and tried countless solutions on many forums, they have all not worked. I did all the hard resets, changed cables, tried different settings. I have spent alot of money in trying to resolve this problem to no avail, including buying a DR HDMI 4K EDID Emulator ($99) assuming it was an EDID related problem (might still be but I don't have that level of knowledge to resolve) and most recently bought a new One Connect Box ($159), none of these have helped.   Spoke with samsung rep as usual no help, suggested I get the OCB checked out, well I bought a new one and that did not help. Bought the TV at Brandsmart on sale, wondering if the TV was defective from the get go. TV is outside warranty, because I did not unbox the TV until at least 7-8 months after I bought it because it was for a family room which was not yet completed. So only had about 4 months to find out that there appears to be a problem with the TV.   Any assistance that any one can provide would be most appreciated. ... View more