Open search
Turn on suggestions
Auto-suggest helps you quickly narrow down your search results by suggesting possible matches as you type.
Showing results for
Search instead for
Did you mean:
Close search
‎22-10-2019 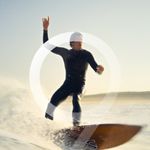 marco2411 Other Smartphones
3 Likes
3 Likes
the rom on XDA first is stable enough and to be honest i tested them but im sorry to inform you isnt as official firmware void warranty which some people still have and care to keep plus we gave money to samsung plus what you talking is a port which cant be as firmware made officially and plus these port you talking in xda are project closed some of them and some others still on nightly or not fully stable or with some bug or some features dont work plus will need a root which is a thing not all people to agree to use and samsung dont allow officially or samsung would have sold phone with software already open as will be with a root and we just asking for what we paid ans some paid for a phone had already android 7 or 8 which just for simple maths will need 2 major update ... View more

marco2411 Other Smartphones
1 Like
1 Like
totally agree with you and we not asking to have an A5 being powerfull as an S10 but at least have what our models can fit it obviously wouldnt ask(simple example) for android 9 on samsung S4mini too if i love this phone which to me was one of the best and complete phone at all(personal opinion) ... View more

marco2411 Other Smartphones
2 Likes
2 Likes
just to support what i meant in my reply of before @Chewbacca wrote: Hi Nick3350 Im sorry but this has to be said, the amount of times I see people on this forum complaining that their device doesn't have the latest software is incredible. and why people insist that their device should run on the latest most powerful OS makes no sense to me. You may not be aware but the devices that you have mentioned the A5 and the A7 are not exactly the flagship devices running on the top specs. the A5 has a RAM 3GB, and the A7 wasn't even released in the UK. Yes Samsung could release an update for these devices, but would it be whats best for the phone?. No it wouldn't, as the device doesn't even have the CPU power to run those updates. it would cause the device to slow down and it would put a strain on the CPU and the battery.   ... View more

marco2411 Other Smartphones
2 Likes
2 Likes
@Nick3350 wrote: https://www.change.org/p/samsung-update-a5-a7-2017-to-android-pie A5/A7 2017 were released with an outdated 6.0.1 marshmallow while other phones released at the same time were running nougat. Samsung claims that it gives A series phones 2 major updates but this was not technically 2 major updates because they were released with an outdated os version an unfair update policy for the A5/A7 2017 users,we consider this cheating!   Phones that were released in the same time as A5/A7 2017 but they were running nougat   LG K10 (2017),LG K8 2017,Huawei P8 Lite (2017),Nokia 6,Honor 8 Lite,LG Aristo,Huawei Mate 9 Pro,OnePlus 3T, HTC U Ultra,Asus Zenfone 3s Max,ZTE Blade V8. just to make clear to everyone a phone less powerfull than a5 2017 getting android 9   ... View more

marco2411 Other Smartphones
1 Like
1 Like
so listening to your words the Samsung J530f which is less powerfull than A520f can get Android 9..... Is just a way to push people to change phone just admit it and dont say something isnt fully right ... View more