I purchased a Q60 55" QLED back in November 21 and have sice noticed white bleed around the bottom left, bottom right and top right of the screen to the point where when watching dark programs it massivly affects the picture quality to the point of not being able to make out what is on screen at times.

I reported this to the technical team and provided them with pictures of the issue aand as requested my proof of purchase from Samsung Online.

I was subjected to over an hour of technical support logging in to my TV and going through picture tests of which none made any differance.

I fully explained the issue and after supplying all requested documentation was told I would be called back.

A phrase that was repeated to me upwards of 40 times which I was trying to explain the problem.

I asked many time for either an engineer visit to be booked for me or for them to replace or refund me.

I was then told I would be passed to a higher technical support. I was transferred and after the adviser picked up the phone he promptly hung up.

At this point I had spent just over an hour either speaking or on hold.

I again had to explain the entire problem. *insert repeated phrase here*

I was again passed told I would be passed to a higher technical support.

I was instead transferred to the "Customer resolution team"

Nothing was resolved as they have "No technical knowledge"

I was asked if they could call me back in 30 mins.

I ablidged and on recieving the call back (really surprised they actually called back) I was again told I would be transferred to the Technical support team who could potentially do a video call to see what I was seeing.

I was transferred again, this time to technical support. Before attempting anything I was again transferred back to the customer resolution team who had been told I wanted to make a complaint.

After explaining I just wanted my TV fixed I was again transferred back to the technical support who promptly hun up on answering.

At this point all I am Angry/Frustrated/Dissapointed and tired having spent the sum total of about eight hours on the phone to technical support just to be hung up on and palmed off.

I took another picture today of the TV which I offered to send to the resolution team only to be told "we dont have individual email addresses" ..................

I'll enclose it here as a warning to other of what premium TV's picture quality look like and service you can expact to recieve. 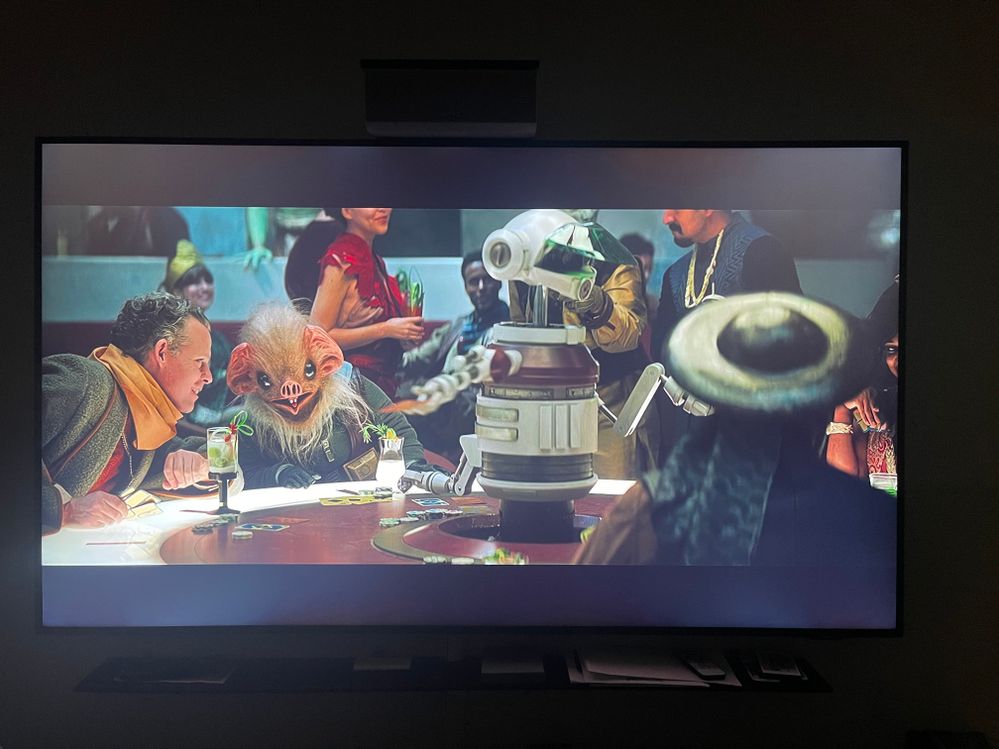 The photo was taken in a darkened room, no other lighting on and no flash.

TV
Hi
This page may be helpful

Facing clouding effect problem in Samsung TV. What can I do now?

Exact same issue with my Q60A 43" bought in November 2021 and have been told by Samsung support that this is 'normal'  - shocking really and as I am now over any return timescale seems I'm stuck with it. Nice one Samsung!