So I know similar questions have been asked on this forum, but none have a response from Samsung or anyone that's said doing X has given them a permanent fix.

I don't have this problem when only using optical, but I want to continue using HDMI ARC to take advantage of a single volume/power control. Which I know others having a similar issue are keen to retain as well. Its quite a major feature.

The soundbar I got recently is a Sony HT-S350.

The soundbar HDMI is connected to the HDMI ARC port on the TV. Volume control works from my Samsung remote, as does turning the soundbar and TV on and off from standby.

At (seemingly) random intervals, the TV has started to turn itself on from standby. Most recently last night, so it was playing the netflix home screen - which entertained the dog for 8 hours I imagine!

Any help appreciated. I've also tried a different HDMI cable (decent quality one so I don't believe that is an issue here).

Before I get a refund on my Sony soundbar and get a new sound bar from Samsung,has anybody heard of a solution to the tv turning on randomly.

Has Samsung chimed in yet?

I ve got the same problem here, with a U55 Samsung and HT-S20R Sony sound bar. I ve allready contacted Samusng customer care and they gave me generic answers like - Replace HDMI, Use Samsungs Universal control and FO for sound etc.... Very bad communication. Also contacted the Sony support team and their reply was even worse. -Sony advised to turn the HDMI option to OFF from the soundbar (which turns also the sound from the cable off also).

If there is an option for you to change the soundbar or even better change Samsung TV to a better more supportive brand.

I requested a refund of the soundbar at with 20% surcharge, unfortunately Samsung’s reply was very generic and Sony’s reply had been it wasn’t their product issue.

Disappointing but have lesson been learnt? No, I’m still confused... /omar

I have a late model Samsung TV.  I received a SONY soundbar for Xmas and that's when I posted re the TV coming on randomly.  We took the Sony soundbar back to the store and purchased an Amazon Samsung soundbar.  Everyone we spoke with at the store knew about the problem!!  Why do they sell them without informing the purchaser of the problem- you can't hook up a Sony soundbar to a Samsung tv !  All works well now - Samsung TV / Samsung soundbar.

This issue is not specific to Sony soundbar and Samsung TV. I have a bose 900 soundbar connected and have the same issue. Hence came here whilst searching for a solution. Now I just pull the plug at night.

Pull the plug when you sleep is the smarter solution and eliminates any compatibility issues I reckon?

Unfortunately, I’ve gotten another Samsung soundbar as my plug is positioned in the cabinet and the woman in the house wouldn’t want to touch that!

Thank you for your sharing! 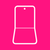 How can I  turn off 'Standby Auto Tuning'?

My tv woke me up last night at 3 playing youtube full volume.

I just got a modern Wisa Sound System that only works properly via HDMI/ARC on my 2018 Samsung 65" QLED, and lo and behold I witnessed this issue myself!  So, I searched around and found many threads like this one about the issue but no resolutions.  I worked with Samsung Support and got the issue escalated, but today I was told I had to have a service tech out at my expense, and that wasn't gonna happen.

This is caused by the "Instant On" setting that is only available to service personnel (or tech savvy nerds who realize their stuff is already out of warranty.)  The fix was literally to enter the Service Menu, then navigate to Options > MRT Option > INSTANT ON (middle column of settings in my case) <Enter>.  Press right directional button on the remote to toggle it off, then Back to save the setting.  Power the device off now, and it should stay OFF! : )

The only downside is that powering on takes SLIGHTLY longer now, and any TV USB powered devices (like my new sound system) take around 5 seconds to power up.  Otherwise perfection!  Hope this helps others!  Below is a link to how to enter the service mode for various Samsung TVs and remotes.  My QLED took combo number 2.  Good luck!