Since 'upgrading' to the QN900B a few months ago, we've had nothing but issues with the new solar smart remote.  The first one repeatedly stopped controlling the TV at all.  After receiving the replacement, the second one then started acting up as well.  Specifically, the TV would not respond to key presses on the remote for up to 30 seconds after the TV was turned on, then later seemingly at random the TV would stop responding.

My initial concern, assuming that two consecutive faulty remotes is unlikely, was that the TV itself was faulty in some way.  We then reverted to using the older model smart remote (silver/metal) which we still had from the previous failed  Samsung TV.  This is seemingly working consistently.

We can of course carry on with the old remote, but it mildly annoys me that a £7k TV doesn't work properly with the supplied remote.  Also the new solar remote was supposedly a 'feature', one that we now won't benefit from.

Will most likely raise it again with Samsung, but wondered if others are seeing any issues with this specific remote model.

TV
Maybe remote doesn't have enough sunlight to charge? We are in the UK after all?
0 Likes
Share
Reply

Sorry I should have added above, on each occasion the TV reports the remote is *at least* 50% charged.  With the first remote that failed, the remote was fully charged via USB-C before use, so it was never a case of low battery.

TV
Hi @twuk Just checking, have you tried restarting the Tv and reconnecting the Smart (Solar) Remote by pressing the Return and Play buttons simultaneously for 5 seconds.
some more information in this link from our Australian friends https://www.samsung.com/au/support/tv-audio-video/use-and-charge-solar-powered-tv-remote/
know you had sufficient charge anyway but as far as I an aware it can be charged via sunlight and indoor light. 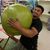 TV
I am on my third 75q900b now. And my remote is also starting to play up. But my q950ts remote works perfectly (the silver metal one)
0 Likes
Share
Reply

*Very* interesting as that is exactly what we're finding.  We're also using a 75Q900B, so same size and model.  I've not yet gone to the lengths of having the TV replaced, but must admit I'm not far from it.  We've had terrible problems (ongoing) with the TV not recognising our Sonos Arc soundbar, but that may now be related to yet another device acting up.

The remote issues seem a definite pattern though.  I even tried pairing the solar remote to a Frame TV we have in another room and it was flaky with that as well.  Fortunately I had two remotes from the previous Q950TS, so I now have one of those in lounge, one in bedroom.  Both are working ok thus far.

What other issues prompted you to replace the Q900 multiple times, out of curiosity?

Yes I'm aware of the various ways to charge the remote.  We've charged using all of them, it makes no difference to the 'flakiness' of the remote - in fact charging by USBC seemed to make things worse.

And yes the TV has been power cycled multiple times.  We've even done multiple factory resets on it due to this and other issues.

I'm inclined to think much of it is firmware related (and therefore possibly fixable), but how long should I have to wait for a £7k TV to work consistently?!

TV
Yes would expect quality at that price,hopefully bugs can be fixed before too long.

TV
I have not been too happy with these top of the range, best of all the other model TVs. The qn50t was faulty from the within 2 months, but has taken me a battle of two years to replace. And now I assuming the 900b would be better as more advanced tech. I have found the back of all three of these to have some locations to not be sealed and and looking down the side you can see it snaking along (sorry I can't describe it well) and the thin plastic? My first tv had audio issues. The second the back-light would fail after 10 seconds. This one is working fine apart from the remote. But worst of all curry's and some Samsung customer service don't seem to understand what the consumer credit act is and the law that protects the poor people that are making Samsung money buying apparently top of the range items. Which are not cheap! Sorry for the rant, all my products are Samsung but I have been to hell and back trying to get both companies to acknowledge the item was faulty from the start. Which they knew about and I provided proof. Sorry 😞
0 Likes
Share
Reply

I feel your pain, and I completely agree.  We've had the top of the range 8k, before it top of range curved/4k, and each time we've had either tons of issues, or complete failure within an unreasonable timeframe.  Fortunately we tend to buy our TV's from John Lewis, so have a 5 year guarantee, but that doesn't make it much easier.  It's still a battle proving any issue, and then you tend to only get the 'current value' of the TV toward a replacement.

Frustratingly no one else I'm aware of does the external box and oneconnect.  Without that, wall mounting is a total p.i.t.a.

Also frustratingly I'd say these issues aren't isolated to the top of range TV's.  We have a 43" Frame in the bedroom that now randomly refuses to power on via the remote.  Only fix is pulling the power out of the oneconnect box.  Once the main TV is sorted I'll be moving on to tackling that one next.  😞