So I've had the Series X for a few days now and have managed to play around with settings in various games. Some of the games I've "tested" are Gears 5, Forza Horizon 4, Ori and the Will of the Wisps, AC Valhalla, FIFA 21... So some quite varied content.

The issues I'm having are related to VRR. I have noticed that when VRR is enabled, blacks are crushed to death and contrast is incredibly off the scale that all details in dark scenes are lost and bright scenes are really over blown. One of the biggest issues I've noticed is that with Gears 5 in dark scenes (opening mission tunnel sequences for example) there seems to be horizontal patches crawling vertically up the screen from bottom to top. Disabling VRR in the Series X settings menu completely fixes all VRR related issues. I guess the point of this post is to establish whether or not others are having the same issues. It seems as though the only fix is to disable VRR completely. I still leave my general video settings on 4K and 120hz, just without VRR. I have to say I have not noticed any screen tearing in 120fps game play such as Gears 5 Versus or Ori, both of which run at 120fps, so for now disabling it it isn't an issue for me.

One aside is that OLED owners seem to be having a similar issue with VRR. Seems as though the technology in tangent with these new consoles / TVs is failing to work as intended.

Anyone got any ideas or experiences of this themselves?

The scrolling scan lines is definitely a fault to Samsung 2020 range.

This happens without VRR too if you disable game motion plus and it's set to 60hz.

I have also experienced this issue with the Xbox one X, while VRR is active on the q90t. Hopefully Samsung notices it snd is able to push our a firmware update to fix it. Hopefully it is not hardware limited.

I see, I have not tried that configuration yet. It seems as though the issue is more widespread than I thought! Any word on whether there will be a future update to fix this? For me personally, I'm OK with disabling VRR as it massively improves the experience. Just such a shame for everyone who bought the Q90T expecting it to completely compliment this new console when in reality it just wont work as intended...

Have you noticed much difference with latency? Apparently the response time out of Game Mode is really bad, but I tried playing in Movie Mode earlier and couldn't say I noticed much of a difference in Gears 5 or AC Valhalla in terms of latency, but noticed a slight delay in passing with FIFA 21 playing online. Wasn't too bad, but was definitely noticeable.

Anyhow, the fix shouldn't be "don't use Game Mode", it's just annoying as hell that we've paid all this money to "future proof" our TVs with HDMI 2.1, VRR etc and we can't even use these features as intended. So bad and really frustrating. We're all just HDMI 2.1 beta testers at this point. 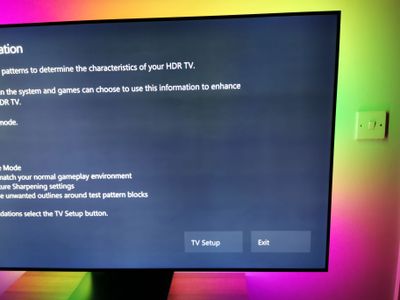 And now with VRR off and only HDR on (Which looks perfect to my eyes. The photo shows some shadows but is fine in real life) 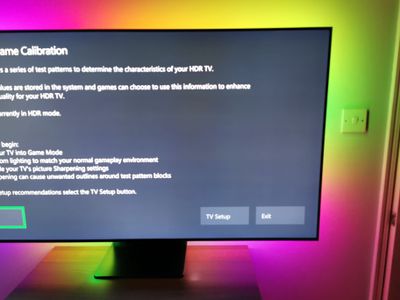 Yep, exactly what myself and others are experiencing too. Have you tried taking it up with Samsung at all? I really want to try and get a refund on this TV because I'm really not happy with how Game Mode works in general. Did you also notice the dramatic difference in contrast and gamma when VRR is on in HDR as well? With VRR on, my dark scenes completely lack detail and colours seem way too contrasty and over blown. Looks horrendous.

I'll be sending them these pics come Monday morning. This is all new technology at the minute. I expected a few bugs.

I can live without VRR at the minute as the Series X looks and plays beautifully at 120hz without VRR. Gears multilayer is really smooth.

I'll be sending them these pics come Monday morning. This is all new technology at the minute. I expected a few bugs.

I can live without VRR at the minute as the Series X looks and plays beautifully at 120hz without VRR. Gears multilayer is really smooth.

Oh well that's handy! Please keep us updated if you find out any information from Samsung.

Yeah I agree, I've been playing without VRR since I noticed the scrolling lines basically on day one of having the console. Still looks and plays great.