Hello People of Samsung  I have a 40" 4K UHD LED 6 Series MODEL CODE: UN40KU6300  which had for about 2 Years and I notice these light Purple Patch Spot on my Screen. I did all the test and still shows these Purple haze discoloration spots on my screen  one is in the right corner and the other one is in the Middle of the screen. " I would like to know what causes the Problem and if there is a simple FIX to remove these annoying big purple spots?  If anybody know or have Youtube Video that can show me how to fix this problem Please post. To be honest I love this Samsung 4K TV and was about to buy a couple more for my business and House but, I have to reconsider because Samsung has not address this issue. After doing my research I notice a lot of People been having this same Problem with Purple Blueish spots showing up on their Samsung 4K LED TV SCREENS. Once again if anyone knows how to FIX and get rid of the Purple Clouds off the Screen Please reply.

Same issues (me too)

Its been a little over a year since i had my first purple spot show up. Waiting for more hdmi 2.1 tvs to come out before I get a new one. For now though I am just living with the purple spot. But yeah, nearly half the tv is purple now in about a year 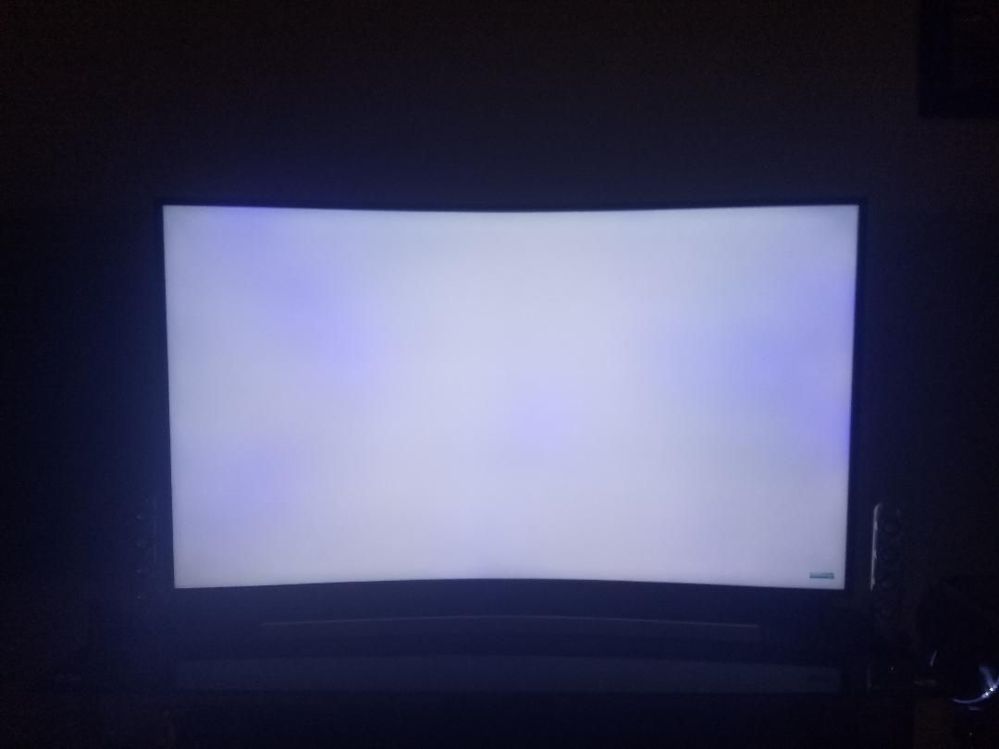 Well this thread destroyed all hopes of finding a fix for the same very issue I have as well as all the previous posters. I have run into my issue almost immediately after the warranty period ended as well. My Samsung 4K tv at this stage is basically purple/blue all over it.

I find it funny here how all these TVs on this brand has this very issue pop up as soon as our warranty runs up. Guess companies do not aim anymore for quality and longevity but I think my answer to the issue is to avoid Samsung products and heck may avoid TV's and run towards projectors by other manufacturers in the future.

From reading online it appears to have this fixed on our own is basically the same cost as the tv was originally, so I guess I will use mine till it dies and gravitate to another manufacturer on future purchases, seems the only option to get these companies to focus on better quality...maybe one day when the pocket is hit they will think more of their customers? who knows

This problem is definitely too expensive to fix. The service fee comes at the same price as the TV. They sell with a 2-year warranty. It has been 2 years and 1 month and this problem occurred. I do not think to buy a samsung tv again. 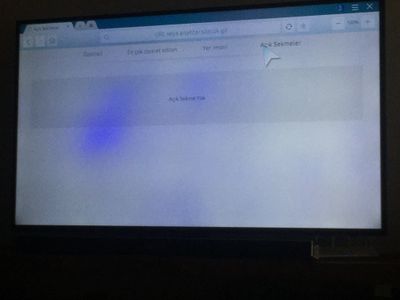 My 58" Samsung TV has developed the purple patches and Samsung have denied any known fault. I have been a loyal customer with 3 TVs, several mobiles and even a fridge freezer.

my loyalty (it appears) is somewhat misguided. I shall look to other brands when I replace all of this Tech.

Thanks Samsung you suck.

My 55" 6 series tv is less than 3 yrs old and also now getting purple spots, and it seems this is a big issue that samsung is denying and not providing any help but forcing people to pay to fix,  I guess I'm done buying samsung tv's.  hopefully my other three samsung tv's will last longer, but i'm not too optimistic that they won't run into the same issue now.

Just to add to the flow of woe.... my Samsung 55" 4k curved tv from 2016 started developing a large purple patch in the top-right of the screen a couple of months back, and a new one has started bottom-left. It would be a start if Samsung could accept this is an inherent flaw in a large range of their screens, surely it will have to come to that?

Apologies for dragging up an old thread but I'm also having the same issue as described.

There seemed to be a slight discolouration for some time, but I assumed it was the blurring/opaque affect some screens/apps use and never paid too much attention to it. A couple of weeks ago I noticed dark patches in parts of the screen as I watched football and assumed it was my lighting ... but upon finding this thread, I looked more closely and I also have these purple patches across various areas of my screen.

Samsung have told me they refuse to recognise the problem (despite this thread, numerous others, and even a Forbes article about the issue) and I need to follow the usual 'authorised service' process, while the retailer also tells me it's nothing to do with them any more.

I have mentioned to them that this seems to be a known and inherent issue, therefore selling the item in 2017 constitutes a breach of a number of EU laws, as well as the item not being 'fit for purpose' having broken after only 4 years, but they don' seem interested in the slightest. I've escalated the issues as complaints to both Samsung and DNA, but I don't expect to hear anything back from them. In the meantime, I've purchased a Xiaomi Mi Q1 which will be delivered later today. I'll be keeping a much closer eye on any issues that occur over time!