After the last Update and the issues it caused I have turned off Automatic Updates.

Just had a message asking me to allow a new update, I have declined update until I have more information.

Does anyone know what it is for ?

cormar
Explorer
In response to Xedric

Here you can find changelog. They update it in first post when there is new software.

Great discovery @Mafyata you are a star.

@DavidB let's hope the next update fixes the "Flackern" with the Nvidia Shield TV.

Well, just got a 1280 firmware update in USA 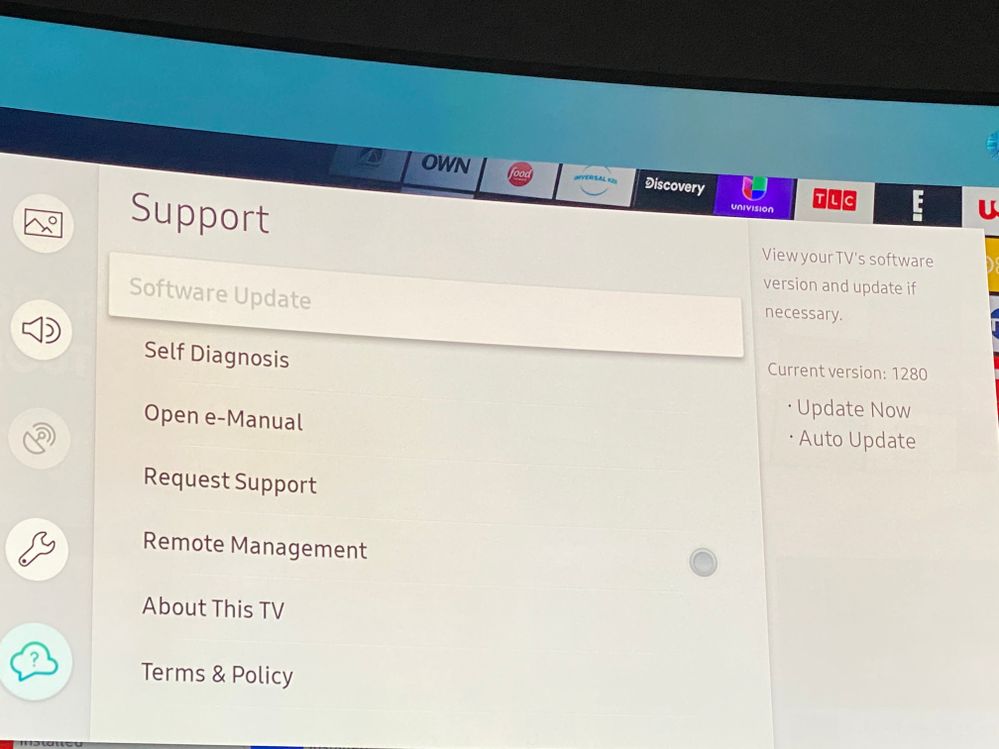 Can’t tell you what it changed or updated though.

juanelo
Navigator
In response to Guyver2077

No visible changes and still no HDR10+

I dont think the MU series will ever get true HDR10+ via HDMI as it needs HDMI 2.1 version and the hardware is only equipped with HDMI 2.0. Even the GTX10 series GPUs are not HDMI 2.1 certified, hence, has no hardware support for Variable Rate and Dynamic Metadata protocol over HDMI.

The Media Player Classic, using the madVR renderer was able to detect different hdr metadata from a movie file with HDR10+ and treated it as separate video stream. It was able to send the HDR metadata over HDMI 2.0 and the TV seamlessly switched according to that hdr metadata..

Maybe its not a real HDR10+ but just an on-the-fly hdr adjustments - which samsung attempts to market as updated support to HDR10+. It is also a bit noticeable when the TV tries to adapt to the new HDR metadata. Just open your TV's profile on madVR and check "send hdr metadata to display" or something option.

The best possible HDR10+ support could be from a media file directly played on the TV over network/usb. thats the only thing i can think of that should allow the tv to support hdr10+.

Got the notification this morning, 50MU6300 updated to 1280.5 and the only thing I've noticed is they added Disney+ to my apps and also installer Mccafee antivirus again 😑😑 apart from that no major change 🤷🏻‍♂️

Guyver2077
Apprentice
In response to Ezekiel2k9

It was nice that we got that app but I was really hoping we would get the iTunes app.