Hi, does anyone know how to get the malicious process pop up notifications stopped on Samsung TV UE50TU7000KXXU 50" Smart 4K Ultra HD HDR LED TV?

Would you be able to give us a little more information on this please> When are you getting this pop-up? Are you able to send us a photo?

Hi Chris, it is happening quite frequently. It's my sons tv and uses it mainly for the Xbox and it can occur many times in one hour.  I have a photo of the pop up below.
Thanks 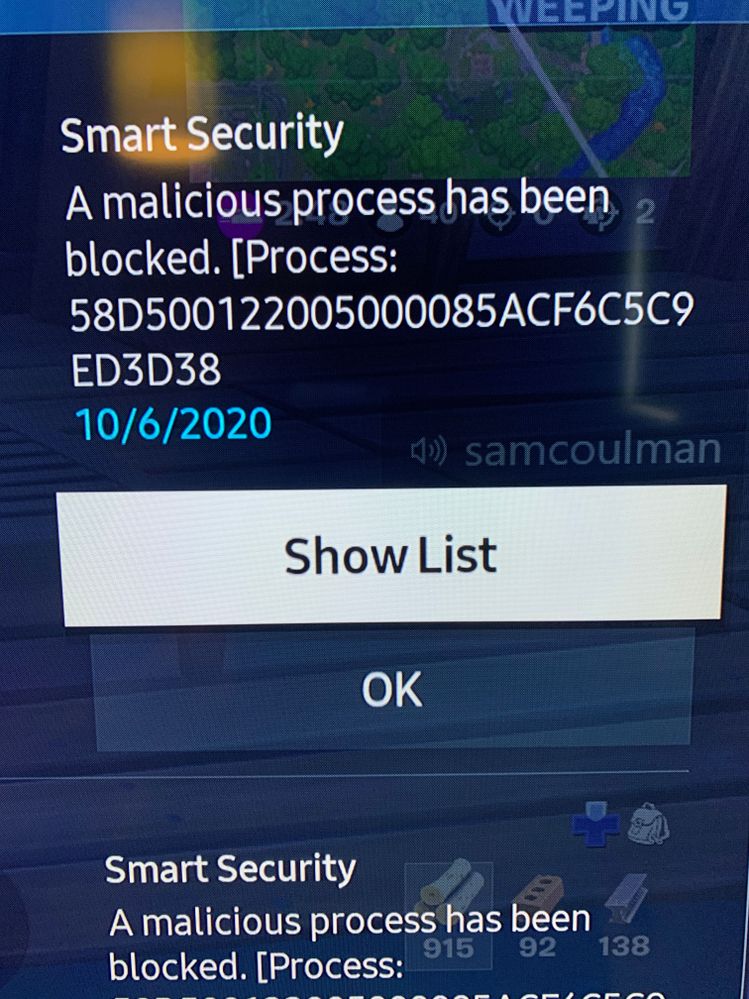 TV
@Mikegriffuk: Is the issue occurring when your son is using a particular app, such as the game in the background of the above image? If so, it may be worth temporarily deleting the app, to see if the issue persists, especially if it was downloaded from an unofficial third party source, and not the App Store. If you notice an improvement with the app removed then the problem is likely to be stemming from the app itself, in which case it may be best to permanently remove it. Alternatively, please try returning the TV to its default settings by going to Settings > General > Reset > Enter PIN (default is '0000'), although please be aware that this will remove all personal data form the device, including account details you have registered to any apps.

I have the model UE55TU7005KXXC and I have the exact same problem. My tv keeps showing the pop-up with the same message. In my case the netflix app is not working, it crashes when we try to open it and is followed by the pop-up. But the pop-up is also showing every minute, while we are using the television to watch normal tv. It is very annoying and I've already tried all the sugestions provided in the previous answer and in other sources. Nothing works. It is not possible to remove netflix app and reinstall is also not a solution.

We got a q60 and had no issues. My girlfriends parents got the same model and they constantly get the malicious process blocked popup on screen. We went and did a factory reset on the tv. Made sure there weren't any apps we could uninstall, configured network settings and had dinner.. afterwards, the popups kept coming up again and again. They use Sky broadvand and a sky q box. We have reset network settings on the tv so it cannot connect to wifi and the messages have stopped, but this obviously means its an expensive monitor. Is anyone here getting the messages and not using sky (broadband router or SkyQ box)? We have bt broadband and no sky and don't get the mesaages on our tv. We cant put it down to anything else.

Good luck getting this resolved. Mine has been happening since I purchased the TV 4 years again. Going to purchase another brand because no one from Samsung support has helped me solve this problem.

We're currently having the same problem with ours. It's the new 'top of the line' QA85Q950TS 2020 model and right from the first start up we've experienced the following issues multiple times to the extent it's rendered the TV completely unusable

The issues are summarised as follows:

We have been in contact with Samsung on 3 occasions and they have tried to rectify over the phone but all attempts have been unsuccessful. We recently had a technician come out to inspect and he said he'd been working on Samsung TV's for 11 years and had never seen this before. He changed the one cord box and this made zero difference. He said Samsung had recently changed its operating platform and it's likely this has been hacked so a virus was now infecting new 2020 smart tv's. I don't know whether this is true or not but there's clearly a virus in our TV that hasn't come from our internet (we have 3 other tv's, computers, etc and all are fine. We also have anti-virus software ). The seller has indicated that they may need to change the main board (whatever that means) and hopefully this will remove the virus but the concern is how did the virus get there as it can happen again. They are checking with Samsung for any latest ideas on how this can be tackled without hardware change. he even asked us if anyone surfed the dark web or downloaded an app outside the app store - neither of which we had. 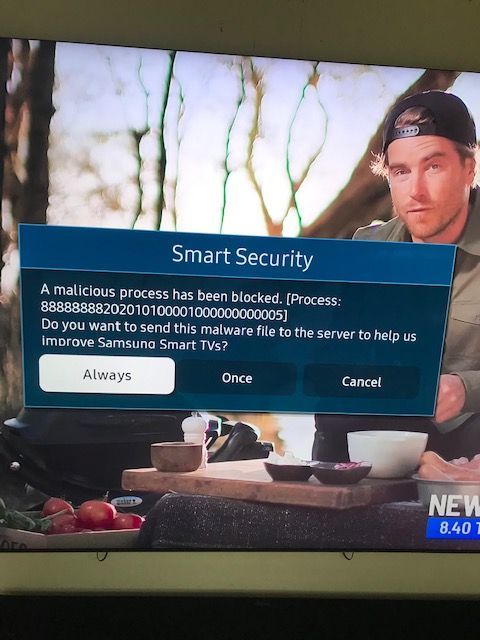 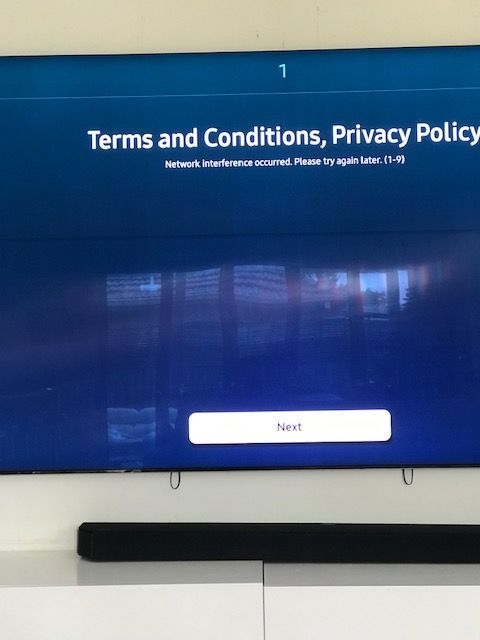 I started having this problem yesterday.

Constant  Smart security alert popups that disrupt viewing the TV and can only be removed by disconnecting the TV from the internet.

the TV has had a hard reset but no luck. As soon as we connect it to the internet the popups start again.

Have contacted Samsung support showing the two attached images and waiting for them to get back to us.

Very disappointed with their product… the smart features are poorly implemented. 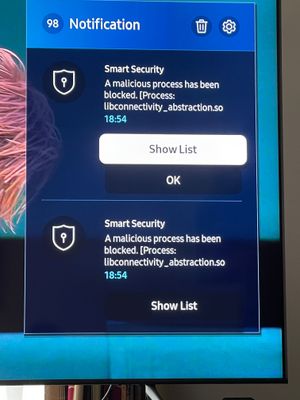 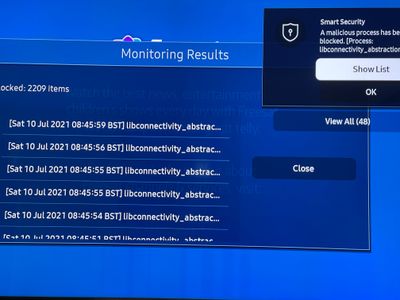 will update here as this progresses.