Seen this article just now https://www.ispreview.co.uk/index.php/2018/02/sky-uk-unveils-next-wave-sky-q-tv-feature-upgrades.htm... and it will be very interesting to see if our televisions get HDR content through Sky Q.

Not seen anything yet about the format but assuming its HLG.

Will keep this thread as up to date as I can.

Remains to be seen how the HDR  development will affect 2016 owners (not one myself), however some interesting developments for Sky subscribers  (UHD content will be doubled) However my reading of it that whilst starting in Spring , some innovations will be further down the line and HDR will likely be limited initially.  https://www.skygroup.sky/corporate/media-centre/articles/en-gb/sky-q-takes-another-big-leap-forward

BAMozzy
Navigator
In response to paul1111

Its very likely to be HLG - at least as far as Sports (or any other Live broadcasts) like F1 and Football. This though is 'currently' the only 'live' 4k content - not to say that Sky won't implement HLG in other areas - inc HD content.

However, with their on-demand/catch up service - the only way they currently offer Movies and Box Sets in 4k - there is a possibility that these could be offered in HDR10 much like Netflix/Amazon. Sky could offer HDR10 - especially as the Movies are likely to be HDR10. Because these are not 'broadcast', Sky could offer the option to download and play in HDR10. It would probably work like it does now with SD, HD, 3D and UHD versions (where available) - just adding HDR as a 'download' option. There catch-up could also offer HLG for the sports as these are unlikely to be post-processed to add in the metadata so I wouldn't be surprised if HDR isn't 'just' HLG but a mix of both HLG and HDR10.

Of course its speculation as we haven't had clarification yet. Sky Italy were talking about HDR for the start of the F1 season - which as mentioned above, would have to be HLG for a live broadcast. However, the other aspect is that Sky are partnering with Netflix and there was mention of having 1000's of hours of HDR on SkyQ. This partnership would give Sky the HDR - albeit via Netflix and that is predominantly HDR10. I know some of that is also Dolby Vision too but I would be surprised if SkyQ offers Dolby Vision too - not saying its impossible but I do think unlikely.

Now that I have discussed what Sky could do, we don't know yet how that will work with the KS series. We know that HDR10 is possible over HDMI and that 'some' HLG is possible too. There are mixed reports about HLG over HDMI with DirectTV in the US not working but some success with External Satellite boxes in Europe. It seems that EDID (Extended Display Identification Data - the 'data' that displays use to communicate their capability to the source device) maybe an issue and that the DirectTV devices are not reading that the KS is HLG compatible so not delivering HLG - whether true or not, I don't know, I don't live in the US.

It would be a MASSIVE issue for Samsung though if Sky doesn't work with their KS series - especially as Samsung have been very clear that these TV's are enabled for 'Broadcast HLG'. I know its very disappointing that the third party iPlayer App cannot work properly with the current OS of the KS series - it can't even add UHD support and it seems that Samsung are saying its 'too dificult' to update the OS to be able to run the 4k HLG iPlayer App but they have reassured us that 'Broadcast' HLG will work and Sky are a MAJOR broadcaster.

paul1111
Hotshot
In response to BAMozzy

What would be nice is if Samsung actually came out and say where we stand and end all the concerns KS and older owners have.

Is that to much to ask because Samsung must know the answer and their non response I think is concerning.

This is what happened with Iplayer that there was nothing from Samsung until KS owners found their TV's would not work with BBC Iplayer HLG, and then we never got an answer from Samsung, it was from third parties,  and now we know it is due to the Tizen 2.4, which it seems can not be updated. The 2017 sets have Tizen 3.0. Yet even now Samsung have not said any thing here!

That is why I wait and hope my KS will work with Sky HLG.

Superuser I
In response to paul1111

Whilst Sky are introducing an internet only service firstly in Italy,Austria followed by the uk  the satellite service will be staying for the forseeable future. Long term it may be a different matter of course but some parts of the country currently do not have reliable broadband.  Which-Sky Without Dish     http://www.bbc.co.uk/news/business-42815603

With regard to HDR agree highly likely to be HLG, particularly for sport and is the broadcast standard.   According to the technical specifications guide :

5.1.3: "PQ is the preferred delivery format and Sky will convert to HLG10 for playout. However, Licence Acquisitions are permitted to deliver HDR in the HLG10 format where stipulated by Licensor."

As we now know that the chances Samsung will fix the Iplayer HLG is now nil, the attention has now shifted a little to the big question of will our KS be capable of receiving the SKY HDR/HLG, via HDMI, and HDR10+ in the future.

For KS owners who are really unhappy about this then I suggest the KS owners refund thread.

For those who want to discuss the differences in HDR/HLG suggest you make a different thread, same with discussing different TV models.

For those who want to flood this thread with novels suggest you don't.

For those who want to discuss and debate and yes have different opinions that is what these forums are for.

For those who want to force opinions then as far as I am concerned please do not, we are not all tech experts and sometimes a bit of patience would be nice.

I hope we can keep this on track as per the thread.

paul1111
Hotshot
In response to daleski75

That would be useful. We were told by someone using Sky italia that there may be an update in April, but don't know if that is correct as Samsung generally don't b broadcast when they are releasing updates. 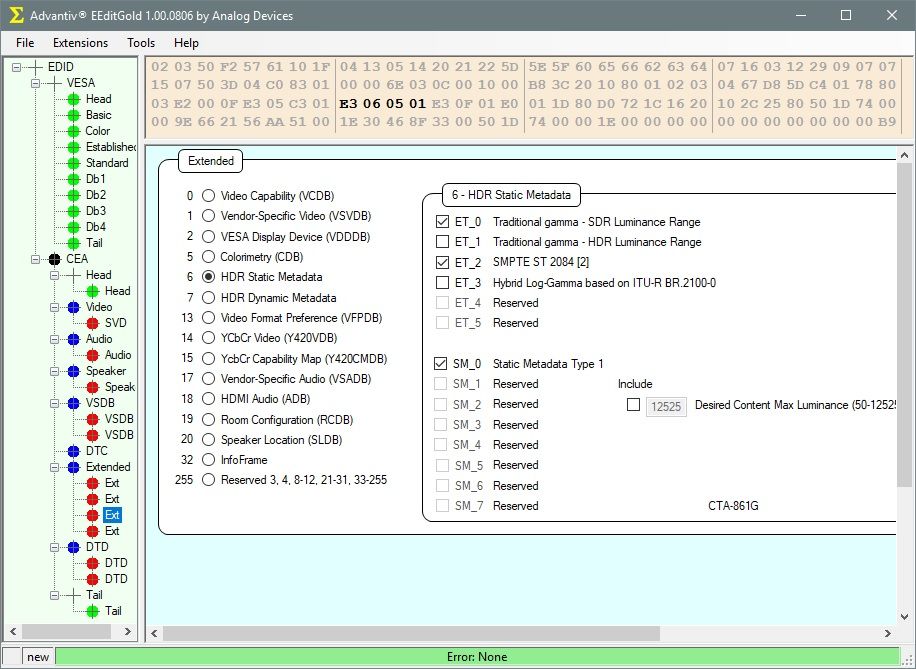 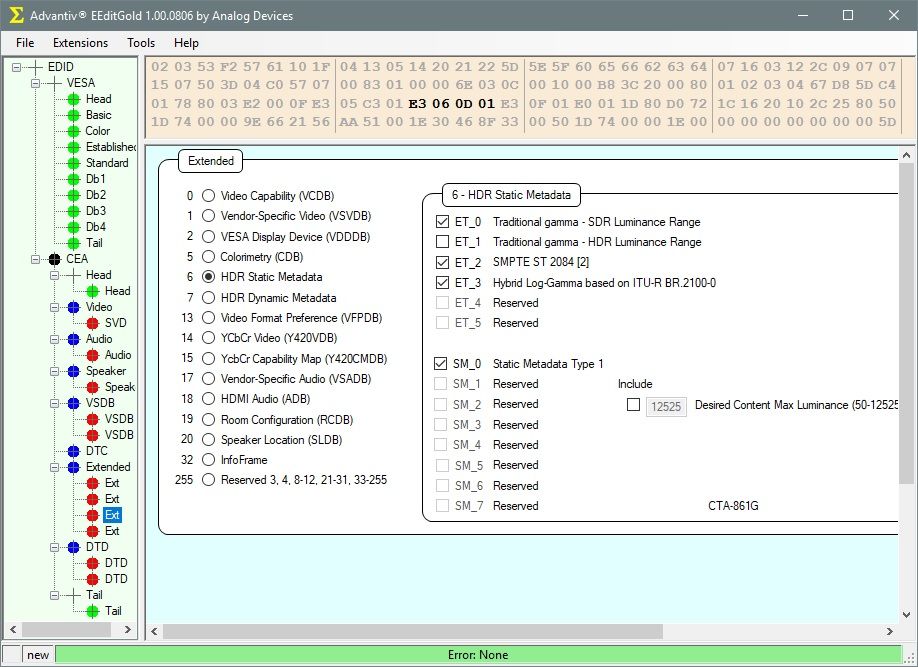 So, Samsung definately need to update our 2016 KS TVs to provide the correct EDID before Sky start transmitting HLG content.