@Jay108 wrote:
I did not see any with UHD . May be there were none. Was nadal Match in UHD?

Yes, it was. Only centre court matches will be on UHD

it will not work on the normal stick.

I have the same Roku stick as you. So it should have worked for me too. May be I will try again tomorrow. Thanks for your help.

rozel
Voyager
In response to Jay108

I'm watching using the Roku Streaming Stick + and as the man said you have to select "view all Wimbledon" and the current match on the Centre Court will be clearly marked "UHD" and there will be an actual  "UHD" watermark in the top right of the viewing screen.

My experience so far is excellent, although on the first day (Monday) I had issues "getting in", which I believe were down to the BBC.  Since then the quality on my KS9500 has been superb - just wish coverage could be on all courts - switching to vanilla HD looks bad in comparison

I have a few of questions though: -

1.  The "washed-out" effect has been well documented on KS sets (there maybe other TVs affected too), which can be solved by switching your set to another HDMI input and then switching back.  I am still having to do this.  Initially the colours are slightly (not as bad as for the World Cup last year) washed out but by quickly turning my Yamaha receiver (as my Roku is plugged into that) off then back on, solves this issue - anyone else noticing this?  I thought firmware 1239.1 sorted this but it seems it is still there (I'm actually using firmware 1240 - just a re-numbering to bring firmware 1233 into line).

2.  From what has been said, this year to watch in UHD HDR you need about 40mbs Wifi speed.  Whilst I have good broadband, to be honest, the max I can get through Wifi is about 35mbps but can get 60 easily via Ethernet.  So I'm unsure if I'm actually getting UHD HDR or HD HDR.  I know I'm getting HDR from my Roku but how can I check which resolution is being received?  From what I understand the resolution as displayed via the Samsung's "Info" button is set to UHD resolution if you have set the HDMI input accordingly.  But this doesn't change depending on the actual signal being received.  When I'm viewing YouTube videos, there is "Stats for nerds" and in the Roku's Network settings somewhere, you can actually check the bandwidth capability but I'd like to know via a simple button press what is actually being received.  Does anyone else have this issue - the reason I ask is last years BBC trials didn't reqire such a high bandwidth AFAIK.

3.  Roku do not supply in the UK an Ethernet ported streaming box with iPlayer capability.  So other than a Virgin STB (I do not subscribe) and until Sky gets its fingers out, I am bound to ask does anyone know if there is an Ethernet ported Streaming Box available here in the UK, capable of streaming BBC iPlayer programs in HLG?

@rozel - your edit beat me to it!  I was going to suggest the Firestick.  Not got one so can't answer specifics but worth looking into.  I used to have the Roku and never experienced the washed out colours some people complained of.  I have since sold it as I have a Virgin V6 so use the iPlayer on that.

So as long as you can get 20 you will get greater than standard HD - and of course HLG!

rozel
Voyager
In response to blenky

Ahh so it's not just HD HDR or UHD HDR then?  You mean the actual resolution depends on your broadband throughput?

That seems to me to stupid if you have no way of checking, other than your eyes of course

Jay108
Voyager
In response to rozel

I am on iplayer through Roku streaming stick which is suppose to support UHD on SK model. I still can’t see any Live matches in UDH.  Am I doing something wrong? Is there some settings on Roku I need to configure? 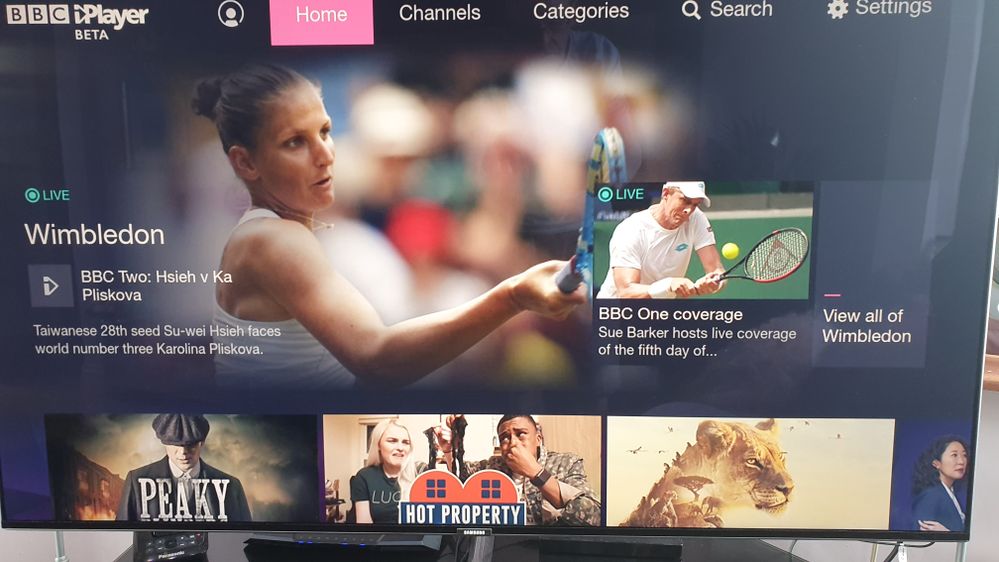 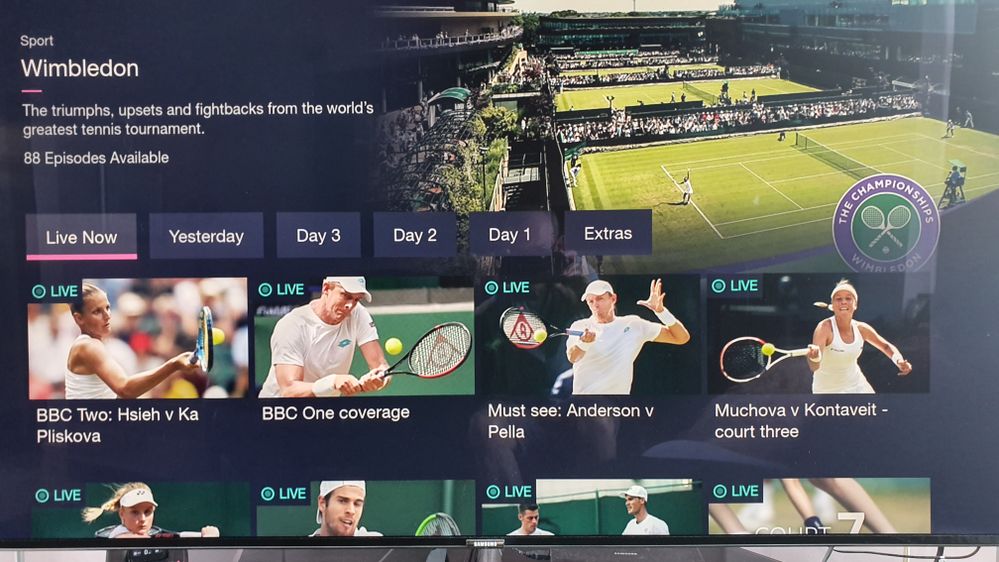 Scroll across or down to find UHD (Centre Court) 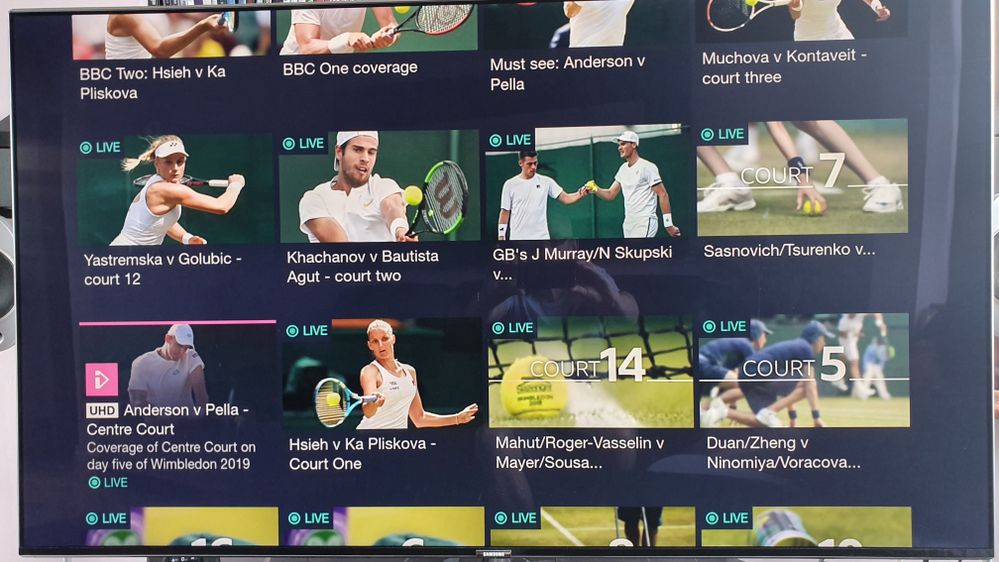 Will have UHD logo

Wally12
Explorer
In response to blenky

look to good colour. I was hoping that might have been fixed.

Still looking forward to Sky Q going HDR as that is my main viewing source.