Posting this here because I am going crazy now.

It just auto updated last night and now audio comes out of the Netflix app all distorted.

I have a Denon AVR-791 receiver plugged into the ARC (HDMI 4)  port to get audio out of home speaker system.

The audio has worked fine for months on end with every single app.

The audio STILL works with Crave, itunes, all other apps. 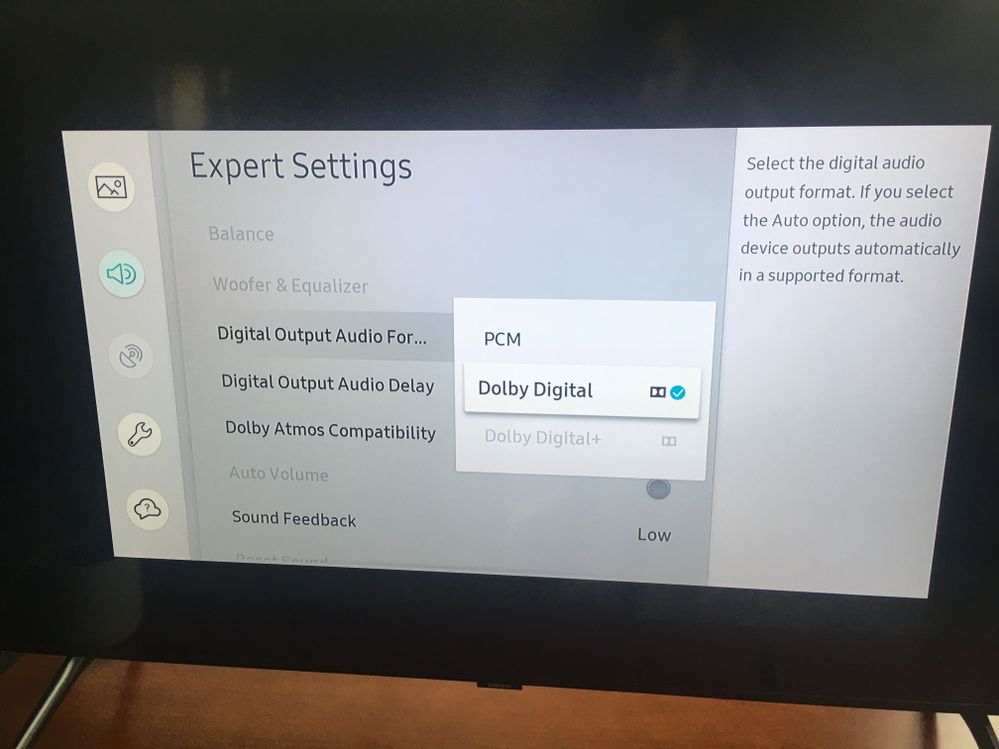 Can switch between modes on all other apps

However when I switch over to Netflix it tries to automically switch to Dobly Digtital Plus on the speakers, which the speakers CANT do and it comes out as gibberish nonsense audio, AND Samsung wont let be choose the mode on the "Digital Output Audio Format button", disabling the button. Netflix OVERIDES the speakers to do this. 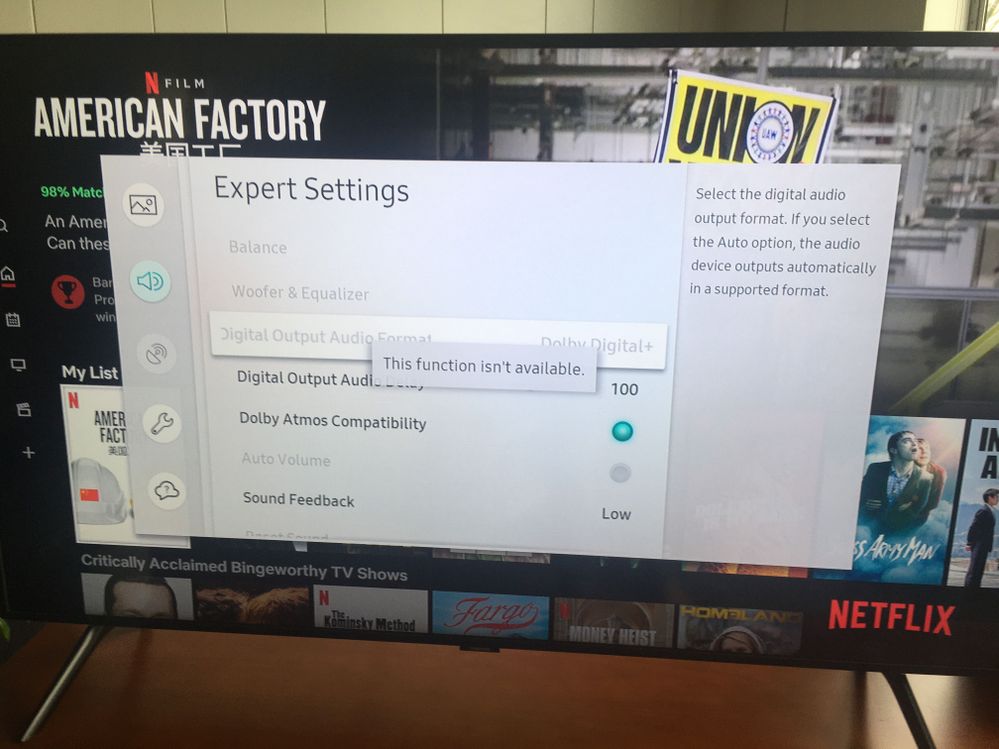 I just need to change the "Digital Output Audio Format button" to Digtial Dobly Regular for it to work, not the plus.

This happened a about 4 months back as well but I could changed the "Digital Output Audio Format button" when Netflix started overiding it, since the auto update last night, I no longer can.

I have already
1. reset the smarthub
2. changed the audio on the netflix app to normal sound instead of surround.

I have attached some picture of the receiver system as well, in case I need to change something in there.

I have phoned Samsung and they were stumped, again ALL other apps work, its just netflix.

CAN ANYONE HELP ME ITS TAKEN ME HOURS 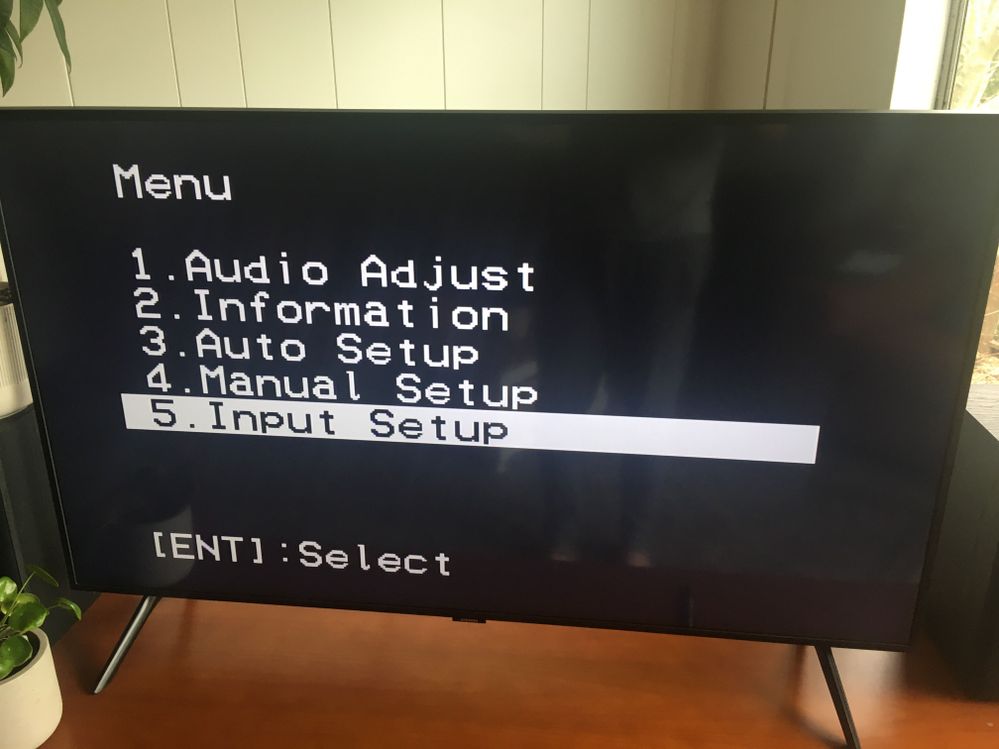 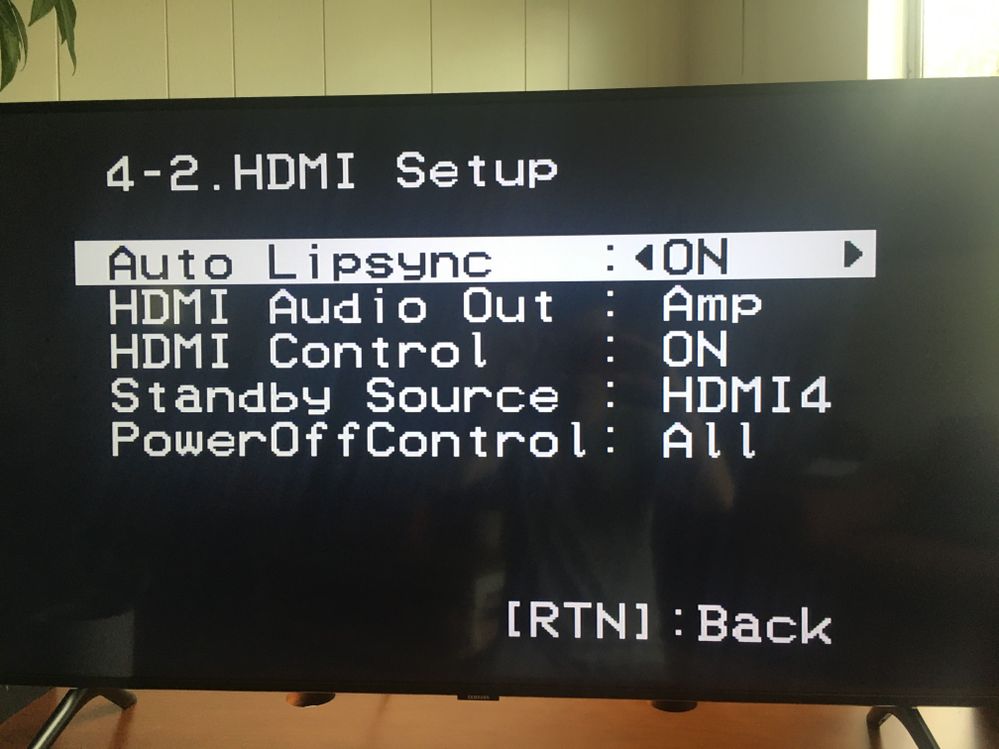 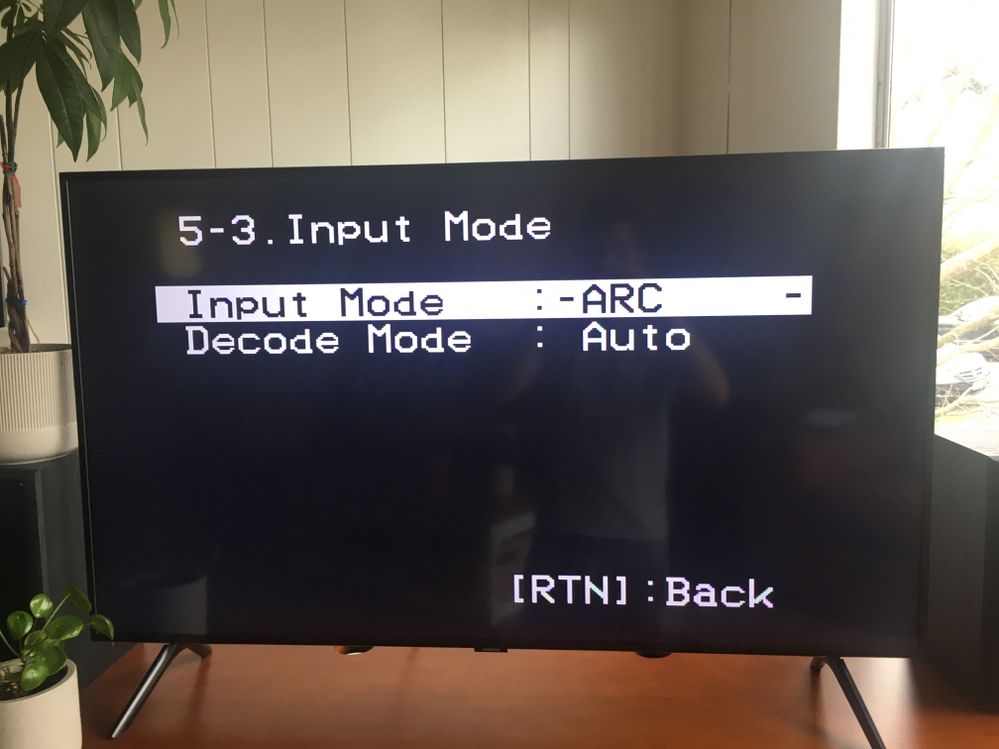 @moocow365: This seems like it is an app specific issue, rather than an issue with the TV itself. On the receiver menu, under 'Decode Mode', what are your options other than 'Auto'? Have you reached out to Netflix support directly to enquire about any app settings that may be causing this?

bolix1
Explorer
In response to AndrewL

the same issue thing here on sammy qled q90 . it was just fine even netflix but since updating everything goes wrong. it started also when i concected  tv to receiver , home theater. Optical also not working as well. the bottom line - samsung is just *****ty tv. i bought q 60 and q90 . netflix on  q 60 working fine, but not on q90 when i connected home theater. Also had huge problems with hdmi cec and recognation of receiver.

cleveralias
Apprentice
In response to bolix1
I am having a similar issue. On the Netflix app (and only the Netflix app) for some reason, the audio format is locked into Dolby Digital Plus and cannot be changed (it is greyed out). This is was never an issue before. My receiver can't handle Dolby Digital Plus over HDMI and I get a terrible buzzing sound as soon as the app opens.

I would use optical, but I haven't been able to figure out how to use ARC and Optical at the same time.

Same thing happen to me with my samsung 55Q80. While watching a movie, The sound suddently stop on Netflix.

It is only compatible with Dolby Digital. Same issue here, The option to choose different audio format for Netflix is grayed out. Other Apps works just fine !

Check screenshot 3 & 4 , While playing netflix and leaving audio setting on in your television, If you unplug/replug your hdmi , The tv auto detect dolby atmos compatible device and sets it to digital + . You will get to choose the audio format for about 1-2second, sound will work but the auto detect kicks in and grey's out the option and set's it back to dolby digital +

The issue seems to be with auto detect atmos device on your television which is probably related to the netflix app itself. Even the "Dolby atmos compatible function turn's on by itself.. Both Samsung and Netflix needs to adress this.

Awesome research, this is exactly what I am seeing.

There are a few threads talking about the same (or very similar) issue. It does seem related to a recent software upgrade and so far I am not aware that either Samsung or Netflix acknowledge the issue - pretty annoying to say the least. I worked around it by using an optical cable between my Q70 and Denon AV, which is not very elegant given that my HDMI ARC connection transmits both audio and video for all other apps (except Netflix). The problem seems related to the Digital Output Audio Format which is set to DD+ in Netflix.

Samething happened to me also on 75Q60R. Looks like we have same AVR, Denon. Odd that Netflix is only app it screwed up with sound N/G. My Starz app is completely dead now too! Hopefully  it will get fixed. Looks like many are having the same issue.

I am having the same problem with Q60. Netflix app forces Dolby Digital plus which my receiver cant handle. Worked fine earlier...😩

So I guess this just never was solved