Tablets
So placed an order nearly two weeks ago for a Samsung Tab S7 Plus, delivery was supposed to be yesterday, I even received my free Harmon Kardon speaker.
I contacted Samsung and keep getting no response, anyone else having issues. 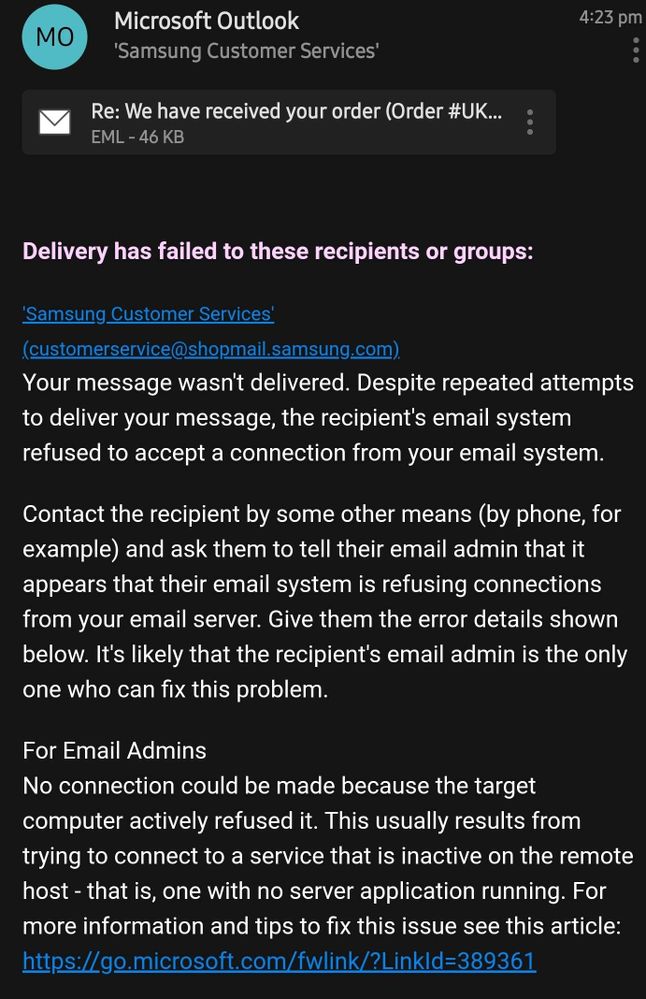 @Obsydian: I'm sorry to hear that you've had trouble getting through to our Shop Team. From what I can gather then team aren't currently able to receive/respond to emails, therefore if you would like an update on the progress of your order then please ring them on 0330 726 7467 quoting your order reference, and an advisor will be able to look into this for you. Alternatively if the order was placed before the 6th May then please follow the link below and complete the relevant fields to track the order online. I hope this helps.

Tablets
I too ordered one almost 3 weeks ago now, got the speaker the next couple days. Got tired of waiting so I ordered a different colour yesterday and it's here right now typing this message. Really bad logistics at Samsung right now. I'll have to cancel the other order and miss out on both speaker and Google play voucher (over £300 worth). Thanks Samsung...
2 Likes
Share
Reply

Tablets
At present I wouldn't be confident buying anything directly from Samsung UK website. Too many topics like this one and invalid vouchers for loyal customers cropping up. Seems the coder behind the store pages is as much use as a chocolate fireguard. They need to get someone else in to sort this mess asap
1 Like
Share
Reply

Tablets
To be fair I got the tab s7 plus 256GB delivered next day at nearly half price after these discounts. Still got to cancel the other order I've waited 3 weeks on though...
2 Likes
Share
Reply

Tablets
I still have a PayPal case open with two watches I cancelled but where shipped, took 10 weeks for Samsung to finally collect, 3 weeks later I was told one watch was missing, I stated both where brand new and sealed, raised another dispute also asking what about the other watch, now 19 weeks on and nothing.

I thought that was a one off, but clearly something is wrong at Samsung UK Online.
0 Likes
Share
Reply

I am in exactly the same position, I did manage to speak to somebody at Samsung, having got the number through the chat feature. However, there were not able to help nor provide anything other than what is available through the order search. £150 voucher offer for Google Play expires in 10 days.