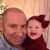 I have ordered several items from Samsung and as long as things work fine no problems.

But I ordered about a month ago a Neo QLED 8K Smart TV which was huge broken in the package, I spoke to Samsung and they told me to send some pics and return it, once received they would send a new one.

Whatever you do don´t order from Samsung anymore, I know I never will! 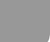 Glad to hear things have worked for you before when ordering 😊 It sounds like the return process is going as it should, when returning a product it takes about 14 working days for Samsung to go through the return.

If it has been more than 14 working days, contact the support or send a PM to me and @MarcustT , and we can take a look at it.

Have you hade you case resolved yet ? If not send me a PM with your Order number and I will try to get some clear answers on your case and why there been a delay with your new product.

Good the hear it been solved 🙂.

Feedback is sent to Support about not been abele to give clear answers.