The Talkin' About World Cup Thread

It starts today, so I figured we'd have a thread about the World Cup.

And many, many more questions.

So what are peeps'  thoughts on the upcoming proceedings? Favourites? Dark horses? Predictions for obscure player who'll be catapulted to stardom? Who've you got in a sweepstake?  Post 'em here!

Looking forward to see England in action on Monday! Still think we are a bit thin in central midfield...friendlies were not overly convincing.

Spectrum
Navigator
In response to Spectrum

Well, that was a fantastic game, as much as I don't like CR7, you have to give it to him. Sticking with Argies though, cuz that's what I've picked in the sweepstakes. Who did you get?

Moderator
In response to Spectrum


Well, that was a fantastic game, as much as I don't like CR7, you have to give it to him. Sticking with Argies though, cuz that's what I've picked in the sweepstakes. Who did you get?

Only just recovered from watching that game lol. Not Ronaldo's biggest fan either, but aside from the obvious talent and athleticism of the man, I've been impressed with his attitude in tournament internationals over recent years.

"Luck" of a draw gave me both Russia and Nigeria in the work sweepstake.

Moderator
In response to AntS

Peru were unlucky not to get something from their game IMO.

Not too sure that was a genuine pen against the Aussies today. Only the barest amount of contact on Griezmann; and the way he tumbled suggested he was playing for it. Interesting that even with the use of VAR there's some doubt and debate.

Goal-line tech appears to be doing a decent job though.

Moderator
In response to AntS
Well, what can I say? Way to go Mexico!!

Welcome to the Community! :smileyhappy:

Spectrum
Navigator
In response to DannyT

Yeah, great game for Mexico, was fun to watch as well. A bit unlucky for Germans though, created tons of chances but I'm quite happy for Mexicans, really solid team. Next on the menu - Brazil 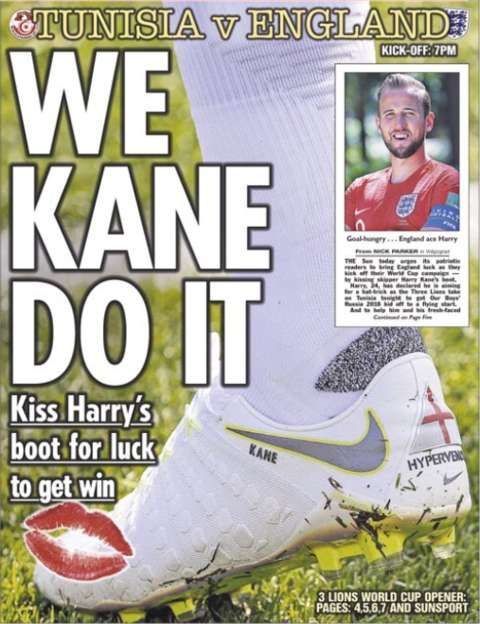 Moderator
In response to Spectrum

Tunisia’s gameplan of deep defending; sapping England’s strength in the midge-infested heat; and perhaps launching a hopeful counterattack or two of their own; almost paid off for them. Speaking of paying off… how the ref allowed Tunisia to get away with blatant WWE-type stuff in their box I don’t know lol. :robottongue: :robotwink:

Shame that Sterling’s new "hardman" tattoo hasn’t enabled his legs to be any less Bambi-like. Wasn’t impressed with Maguire either. I feel Dele Ali never quite recovered from the “dead leg” he sustained in the first half, and England’s attack become a bit ponderous and pedestrian after that. Rashford definitely made a difference when he came on; and Kane showed ruthless efficiency in the box on the two occasions he wasn’t manhandled to the ground.

Overall, quite positive. I’ve seen past England teams run out of ideas and steam (and make absolute howlers in defence that they never recover from) when faced with deeper defending opponents in tournaments, so it was good to see positive passing play throughout and steady persistence until the very end.

Spectrum
Navigator
In response to AntS
Yeah, that was a proper take-down. Encouraging to see England fight till the end.
1 Like
Reply