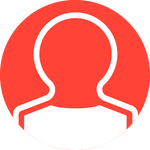 I recently purchased the Fold 3 via the upgrade program and it was delivered to me last week!

Now the issue I am having is with returning my Note 20 Ultra. Last week I received an email stating that a return pack was on it's way and what to do etc, sure enough the pack arrived and I packaged the phone up and sent it on it's way. 2 days later I received confirmation that the order is now complete and barring any issues Samsung will settle the finance with Klarna, excellent! Now bear in mind that NO payments at this point had been paused by Klarna despite being told that they would do so on receipt of my new device.

Fast forward to today (22nd) and I receive an email from Samsung... Stating that a return pack was on it's way and again, what to do etc... Yes the exact same email as the original, as though I was returning another device, new reference number etc.. This time Klarna have paused payments as they should have.

Now my problem is, I don't have another device, the phone was sent off last week, confirmed and completed by Samsung under the original reference I had.

Could this be a mistake? Could this end up messy as Klarna/Samsung are expecting my phone on a different reference? I am lost and anytime I try to ring Samsung shop it results in frustration as they clearly don't know what I am going on about. Is there a way to contact somebody more senior regarding this?

Sorry for the long rambling post but I am worried that I may end up stuck with two finance accounts when my old device has gone back.

Thanks chez, I have responded in there and followed their steps.