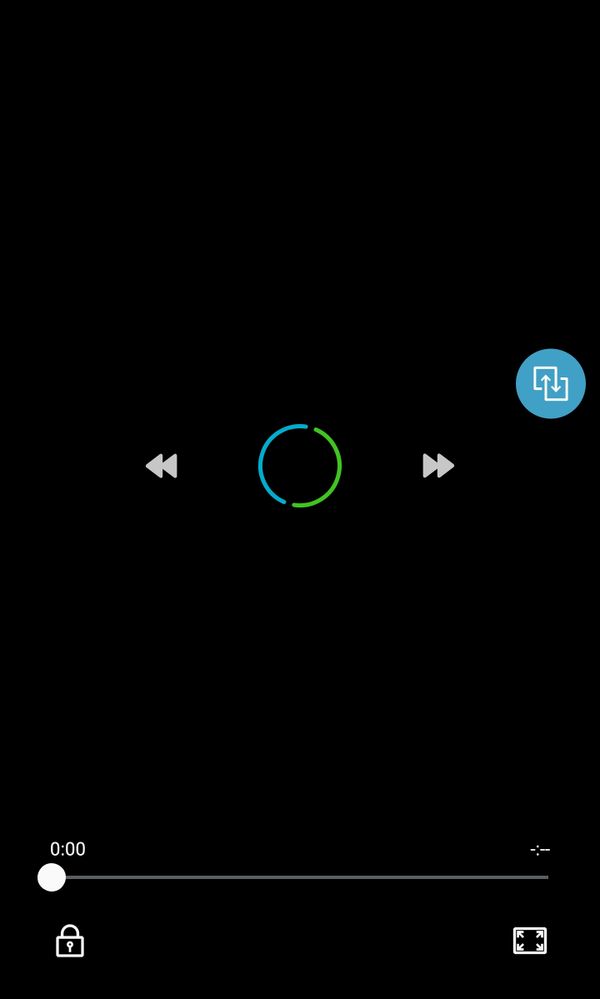 Since the last update 'native Smart View' is incompatable with the official samsung video app.

The 'native smart view function' in conjunction with 'samsung video' and a 'samsung smart tv' (ks9000 and others) no longer functions on a 's7 edge' (Also a friend's 's8').

This issue has persisted since the last update about a month ago.

This means that any films or tv you might download or buy unless 'mp4', isn't supported. Also multitasking (using 2 apps at once) is limited or impossible due to forced 'mirroring' over 'casting'.

On the above phones if you turn on 'smart view' from the 'pull down bar' it will mirror your phone but when you run the 'samsung video app' it will show an endless buffer circle and then crash every time.

You can force it to work if you pause and then unpause quickly but it will have limited function. The smart tv will not upscale it or allow remote control use or subtitles.  It will not allow multitasking.

I believe it 'casts' (or mirrors) the raw file, defeating the point of a compatible samsung tv with faux upscale features (i.e. make a low res vid look hd).

The same issue occurs if you open the film via 'samsung video app' and press the popup smart view icon.

After years of perfect usage this awesome feature no longer works.

It does have limited functionality with 'samsung video' via the separate 'samsung smart view app / my videos' but only for 'mp4 files' (so most downloadable content won't play correctly).  Via the separate app you can still use the remote and it will faux upscale the resolution and access subtitles via the tv.

'Native smartview' will allow alternative video players such as 'vlc or mx player' to 'mirror' but they too loose the smart tv features and will not allow multi tasking.

I have extensively tested this as I was using the smart view for work and play.

You can purchase converters for files to mp4 but it's an extremely time consumer process and will tripple your file sizes.

Anyone else having these specific issues ?

If so please detail your setup and issue and any solutions.

PLEASE samsung fix your own native functions and app compatability!!!

Hi @Endlessproblems. Have you sent an error report using the Members app on your S7 regarding this?

Hello. Thanks for asking. I sent one to someone at samsung but not sure if it was thebright department. Do you have an email for tv and phones or apps ?

If you sent the report using the Members app, it will get passed on to the correct departmen, @Endlessproblems. Does this issue happen with all video files except MP4?

Obviously I can't say all files but the majority outside mp4. I understand that samsung don't support certain files via the app but they did via the native function.  Also curiously enough some unsupported files will run without video for a while and then play normally in the app.

Samsung replies but it was a generic reset phone reply and failed to understand that it is an issue caused by the last update and so premsumably software based.

Its all a bit of a mess but the chief concern is that outside of the app the official app No longer works with native smartview on any file system.  I feel that is a legitimate complaint to make.

Other Smartphones
They gave me a pay number to call to discuss this issue but I can't fix their app.

I've done a clean install and tried a friend's galaxy and the video app doesnt work with either all smart tvs or our ones (which are top of the range).
0 Likes
Share
Reply

Hello. Do you mean network/ mobile device manager in the smart tv ?

If so that doesn't help.

This is a know issue and samsung hasn't and won't do anything about it.

Their solution is use the app even though it's an actual phone option which is no longer compatible with its own app.

Tried it again yesterday and doesn't work.  My phone does 25% less and is 25% slower with 25% less battery than when I bought it a year ago new.

Samsung have become like Apple in the that they only care about the latest model and intentionally bloat and update older models to make them less functional and then they stop supportintlg them just like Apple which is why all my perfectly good loads are virtually useless even new out of the box after a few years.

Even my smart tv needed permission to keep spying on me the other day which I couldn't not agree to....so I unplugged it. I'll have a dumb tv which doesn't monitor me anything.

Other Smartphones
I think you are still talking about the settings on your phone. Go to your tv and click on settings, then general, then external device manager, then device connection manager, then device list. Delete the device and once you do that should fix it. Try reconnecting after that.
1 Like
Share
Reply

Other Smartphones
That answers my question, and fuels my rage. From reliable to Junk; maybe they will update the software and fix the problem.
1 Like
Share
Reply