This is a common plea for help on this subject. I have an old but was still ok s7. The phone was fine one day, it had 78% charge indicated when I switched it off. The following day tried to switch it on but it would not power up , no logo just a black screen. Put it on charge even though it should have been ok as it previously showed 78% charge. When on charge no charge indication on phone - no symbol. The phone was drawing a charge current of approx 260mA as indicated on my inline charge monitoring device, and the phone was getting warm, indicating charging .So charger, lead and connection to phone ok.

After trying all the known ways of correcting the potential problem (s) - soft reset, safe start, all and varied combinations of button activation etc all to no avail. It did'nt get wet, it was'nt dropped, subjected to anything whatsoever that I can say was at all detremental to it's functioning.

So hardware failure at power down or power up? , software or firmware corruption, who knows, any ideas anyone ?

Aren't modern phones so infuriating when you just can't  get any displayed information at all. 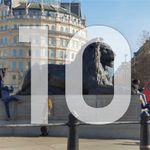 pete007
Explorer
I returned home on Friday night and my s7+ had a black screen. At 1st I thought it needed charging but when I tried to turn it on ..... it was ready for the September update. Yes a Samsung update
0 Likes
Reply