A5/A7 2017 were released with an outdated 6.0.1 marshmallow while other phones released at the same time were running nougat.

Samsung claims that it gives A series phones 2 major updates but this was not technically 2 major updates because they were released with an outdated os version an unfair update policy for the A5/A7 2017 users,we consider this cheating!

thats very unfair ... we see iphone SE gets ios 13 and we have galaxy A5 2017 that released after iphone SE and we dont get Android 9 pie ... we must buy a iphone next time that we want to buy a phone ... At least they (Apple) gave respect to they  customers !

Pouyamrv
Back for More
In response to Pouyamrv
we just want some respect from samsung ! we want android 9 for A5 2017
2 Likes
Reply
Highlighted 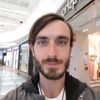 Liver1979
Observer
In response to Filipe3
Congratulations to the company on the loss of a customer.

Almost a year has already passed since the announcement of android 9, but the company believes that users do not need to upgrade to the current version.
I think it’s not worth paying money for outdated equipment.
To date, there are enough companies that care about their customers and support the current version of the software and I will pay my money for their equipment.
3 Likes
Reply
Highlighted

marco2411
Back for More
In response to Chewbacca

so listening to your words the Samsung J530f which is less powerfull than A520f can get Android 9.....
Is just a way to push people to change phone just admit it and dont say something isnt fully right