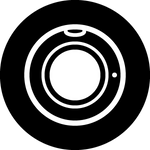 I understand that you can't just release the updates to just anyone at this point, since you just completed developing it, any there's some "important"  bureaucracy that you need to deal with, but PLEASE, at least be a BIT more transparent, maybe release a list of certain regions, and an expected release date for the majority of devices. Even if you can't do that, you should at the very least tell us WHY you released the update to the puiblic before the beta testers, although you said this would not happen, and that beta testers would get the update a day earlier (although some people not on the beta have received the update in the UK). I don't care if the reason in the response is utterly half-assed. A response is a response, and it shows that you at least give half a *****.

That's not much to ask for. Quite frankly, I should really be asking for more. I'm giving samsung every chance I can with this.

I understand your frustration.  I myself have updated to the official version using the update file on XDA and since I have lost my access to the beta community to post how to do it.  One of the post said that the method does not work and that is because it was done incorrectly using the Nougat files. You only need one file ZRA5 to ***** for your phone model.  Stick the file on the SD Card and update from Recovery. You will not lose your data. Simple clean and fast update. I got ***** :-).

It seems identical to Beta6 but faster.  Nothing to report on battery.

To all UK beta testers,

Have just updated to the official oreo build, following what Got2trythis wrote. Honestly nothing much has changed but the build feels stable and fast! I was sceptical at first as I didn't want to brick my phone, but my impatience got the better of me. I would recommend all the UK beta testers, feeling let down by Samsung and their lack of speed to deliver on what they promised, to install the official oreo build via XDA's tutorial. I didn't factory reset just downloaded the ZRA5 to ***** zip file (as ZRA5 is beta6 for S8+) and flashed via recovery. It took 20~ mins and all my data remained but I advise to backup first.

Lastly if Samsung are reading this or even care, I will not be buying any future flagship devices from you as the way you have treated the UK beta testers is shamefull!

Got2trythis
Explorer
In response to ammp210
Thanks for posting. After seeing how simple it is to update, I can honestly say that the Beta Program Manager should be fired for botching this program. All beta testers regardless of the country should have been updated first and before the general public update. I do recommend this manual update to all the beta testers in the UK if you don't want to wait and if you want to use Android Pay and your banking app. For those who are reading this and have not yet updated, you can post the instructiins in the Beta Community. When you update, you lose access to the community. Good luck to all. It was a pleasure talking to all of you on that community.
3 Likes
Reply

matthew1990
Apprentice
In response to Got2trythis

Eveyone is in such rush for the offical release and for what android pay cert other than thst nothing has changed cant live without amdroid pay just carry the dam card you limked to it with you just like you would have done before contsctless cards were around. As for samsumg lying to beta testers this is kot true the uk roll out has not happened and when it does those who took part in the testing will get the release version first samsung roll out updates country  by country which means beta testers of x country get the update 24hrs later non testers of x country get it then samsu g release it in another country the same way beta testers forst then non testers so quit the crying about samsung lying to you they have not.

Badboy1
Explorer
In response to matthew1990
If you read throughout this forum you will see just about every country that has taking part on the beta program has complained about the release of the OREO update not just the UK, The UK is always one of the first countries to sign up to the beta program and always one of the last to receive the official version.
This is what l am complaining about after testing Nougat l had to wait 3 months after the beta program finished before l got the official update via OTA l contacted Samsung at the time and was advised by them that this would never happen again and had put guides in place to make sure that all beta testers would receive any future updates the same week this has not happened and once again beta testers are left in the dark.
1 Like
Reply

phk
Navigator
In response to matthew1990

There are multiple people (mostly on Three) who have received it. Now they may, through some quirk) all be running some European CSC, but how likely is that?

It's not impatience, people are disappointed at the lack of respect shown to beta testers. Remember, we were first told that they were aiming for end of January. When that didn't happen a notice went up thanking testers and explaining we would get it twenty four hours early. That notice has been silently removed and we see the update generally released. What are we to think? Will it be days, weeks or months before the beta testers are remembered?

Samsung need to repair the damage this disrespect has done.

Badboy1
Explorer
In response to phk
Actually Samsung said we would receive the update 1 day earlier the notice did NOT say 1 day before the general release so you need to get your facts right.
0 Likes
Reply

matthew1990
Apprentice
In response to phk

There are multiple people (mostly on Three) who have received it. Now they may, through some quirk) all be running some European CSC, but how likely is that?

It's not impatience, people are disappointed at the lack of respect shown to beta testers. Remember, we were first told that they were aiming for end of January. When that didn't happen a notice went up thanking testers and explaining we would get it twenty four hours early. That notice has been silently removed and we see the update generally released. What are we to think? Will it be days, weeks or months before the beta testers are remembered?

Samsung need to repair the damage this disrespect has done.

Csc's have been changed for example uk used to

Always run btu but now use oxm (16 csc countries in one) general release for each country not entire beta users at one time. As for the notice removals those are timed and always get removed after a set period of time.