Other Smartphones
Sharing this report that Samsung have confirmed the Galaxy Note series will live on. I use the Galaxy S series myself but I know many people will be interested in this.
Article in screenshots below.
Cred: SamMobile 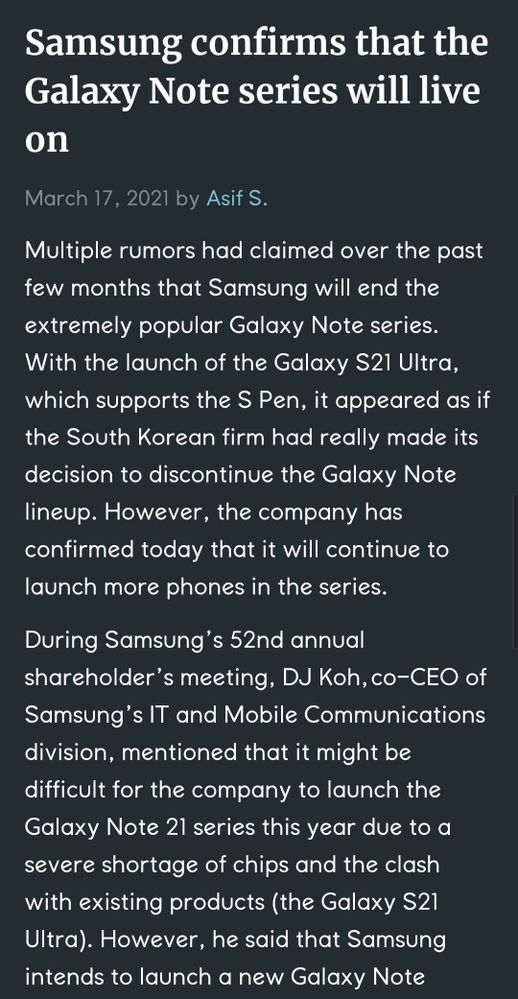 Other Smartphones
tbh I loved note 8 which I have. however as they too quickly dropped updates to android and it is stuck on UI 1 I will not ever buy a samsung phone again. this is a shame as there is no reason they cannot update as hardware is not a problem. I have now switched to Apple something I said I would never do, but at least they support their hardware a lot longer. This has included me changing to apple watch from my galaxy watch. when I replace my TV it will also not be Samsung. they need to support things for longer. as I notice they won't update my tv for apple tv, not a problem hardware wise just because they are wanting to make people buy new TVs. Do they not realise their policy is making people leave to other makes. they are losing brand loyalty. it's a silly tactic. I wanted to just let them know this , but don't know if anyone noticed no way of contacting to tell them of your displeasure ? so much for listening to consumer.
0 Likes
Share
Reply