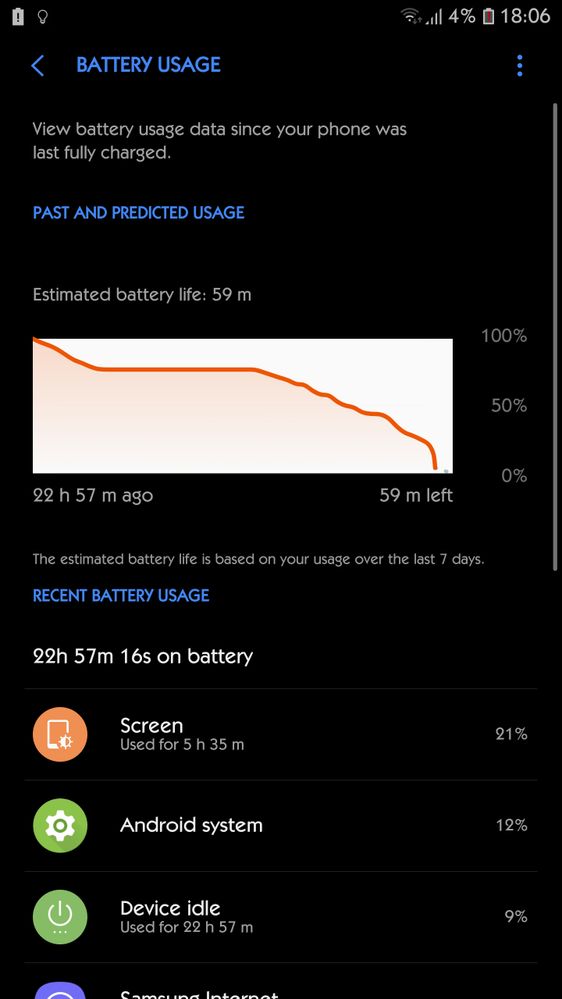 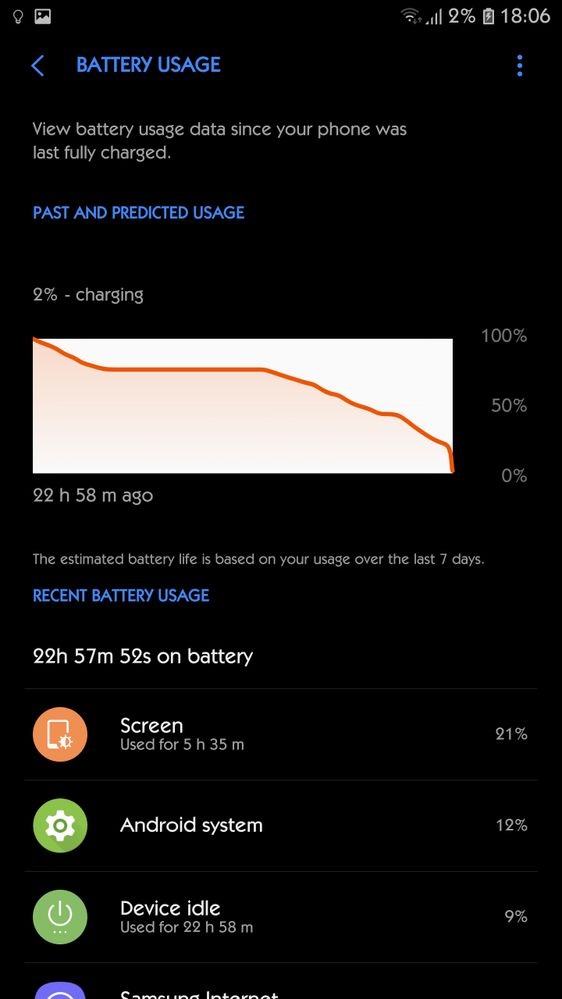 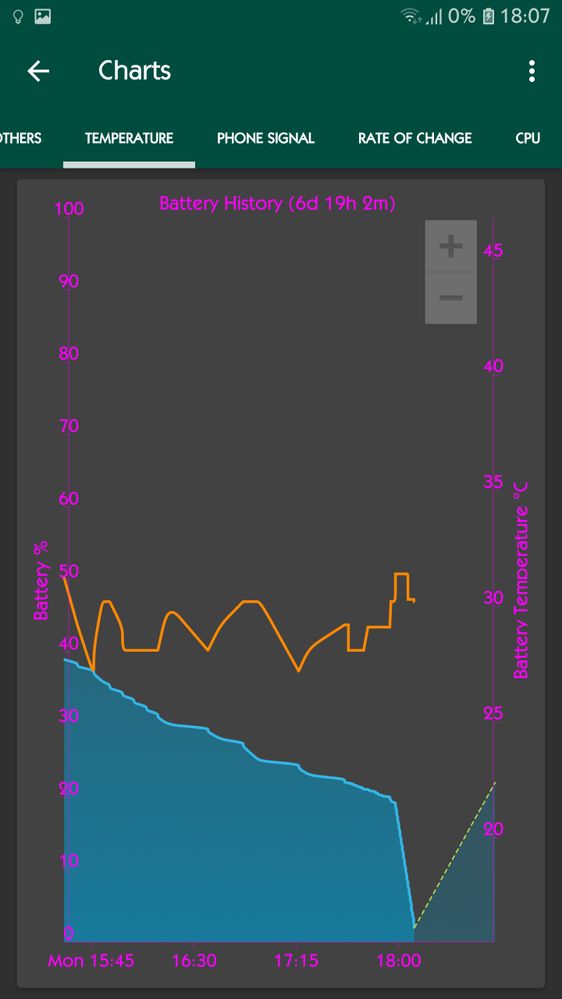 Hi all, I usually stay on offline mode because of the cell standby issue, today I had to switch it off and when I reached 17% battery it suddenly got to 5% then 2% so I plugged the phone and it went to 0%, now normally charging.. I did not see any overheating etc but I mean what the heck. (my phone is just one year old) anyone other experienced this?

Let me update you on Samsung's responses so far, I have sent about 15 error reports, they have replied that "we are looking into the issue and we will notify you as fast as we have a solution" so playing stupid....

I have emailed the CEO 5 times now, everytime a guy called Sorin Nastase calls me back and asks me to submit my phone to one of their services one more time (I did submitted the phone onces and they have changed the battery and the mother board !, of course with no success because they have kept the same faulty system software). Very curious and strange is that when I asked this Sorin Nastase to provide a replacement during the time my phone is in service he said that they could only provide an S6 Edge or an A3, when I asked why do they have the S6 Edge and not the S7 as a spare he couldn't logicly explain, what he did mentioned is, and I quote: "this is the first time someone reported such an issue", call me crazy but when the Samsung representative doesn't want to provide you a similar phone as a replacement while yours in in service, this can only mean 2 things:

1. They know that replacement will have the same issues and they don't want you, as the user to realize that because you might sue them;

2. They know about the issue but they are  not willing to do anything about it, so they want to sacrifice the S7 and S7 Edge, forget about it and make the users go spend another 8-900 bucks for the S8 or the S9.

So, guys, I'm saying that we should all do the following: remind Samsung that they are responsible for the premium devices that they have sold us and now they are trying to make us get rid off by sending them at least 20 Error Reports per day ... we all have to write several messages to the CEOs and remind them that they can't ***** with the customer as they see fit !!!

Other Smartphones
If you give us contact info, I'm sure everyone on this thread will do so. Now, a week and a half after Oreo update, it's not just decimated battery life anymore. My phone is HOT and it restarts at random- while using it and while it's charging. I wake up n it has restarted ovwrnight
0 Likes
Share
Reply

@Vylet22 wrote:
If you give us contact info, I'm sure everyone on this thread will do so. Now, a week and a half after Oreo update, it's not just decimated battery life anymore. My phone is HOT and it restarts at random- while using it and while it's charging. I wake up n it has restarted ovwrnight

@Vylet22 in order to send an error report you have to use the Samsung Members app that comes preinstalled with the Oreo update, go to the Support tab, Send Feedback and then choose Error Reports, it will by default send along with your message the system logs from your phone.

If you want to write an email to the CEO go to Samsung.com, Contact, Contact the Top Management or write to the CEO and you'll need to fullfill you details and then submit your message to the top management.

Other Smartphones
@ KornelB- Thank you so much for the reply and trying to help this rookie. Okay, 1- don't see a "members app" 2-would love to use the other outlets mentioned if my phone wasn't restarting every 15 mins or so. I'm lucky if I get this post in....
0 Likes
Share
Reply

@Vylet22 wrote:
@ KornelB- Thank you so much for the reply and trying to help this rookie. Okay, 1- don't see a "members app" 2-would love to use the other outlets mentioned if my phone wasn't restarting every 15 mins or so. I'm lucky if I get this post in....

@Vylet22 the Samsung Members app should be in: Apps (swipe up or down in the home menu) Samsung folder, Samsung Members. You will need to have a Samsung account if you don't have one I believe you can easily create it when the app starts, although not 100% sure as I created my Samsung account with the startup tutorial (you know when you first set up your phone).

I never had that restarting by itself issue but I belive you could try to either do a hard reset by pressing the power button and volume down (press both at the same time and keep them pressed until your phone switches off, it will restart by itself), or do a cache wipe. Again, never had that issue, maybe other senior members have better ideas of what you could try.

@Vylet22 wrote:
@ KornelB- Thank you so much for the reply and trying to help this rookie. Okay, 1- don't see a "members app" 2-would love to use the other outlets mentioned if my phone wasn't restarting every 15 mins or so. I'm lucky if I get this post in....

Try to look for it on the galaxy apps store, you should find it

For rebooting issues maybe they could be caused by overheating. Try to keep your phone in airplane mode (so it won't drain battery and overheat for the standby cell issue) and/or cool it somehow, maybe overheating is really what makes it randomly reboot even though it's quite difficult, it should shut down and stay switched off but who knows

Other Smartphones
@Carolll I saw that the Samsung Members app comes preinstalled once you upgrade to the Android 8.0, don't think he has to download it, it's just hidden somehow in the Samsung folder.
2 Likes
Share
Reply

Greetings again all. I tried finding the Samsung Members App, couldn't. Tried replying on here n my phone kept restarting so I went spent 3 hours at the Sprint store and have factory reset the phone, lost the most important things other than pics that you think Samsung account and Google has backed up but they don't (all wallpapers and ringtones and notifications) for them to tell me that putting apps on my SD card is bad. Said it's meant for storage (as in media) and not apps. Nougat gave me NO trouble storing apps on SD card oh but f&kn Oreo- I won't even buy the cookie ever again. So factory reset and reinstalling apps on the internal storage is what I had to do. Battery seems to have improved dramatically so far....gotta get that dam percentage off the top of my screen. Drives me nuts. I did it last week, I'll figure it out again. I HATE updates and won't do it again 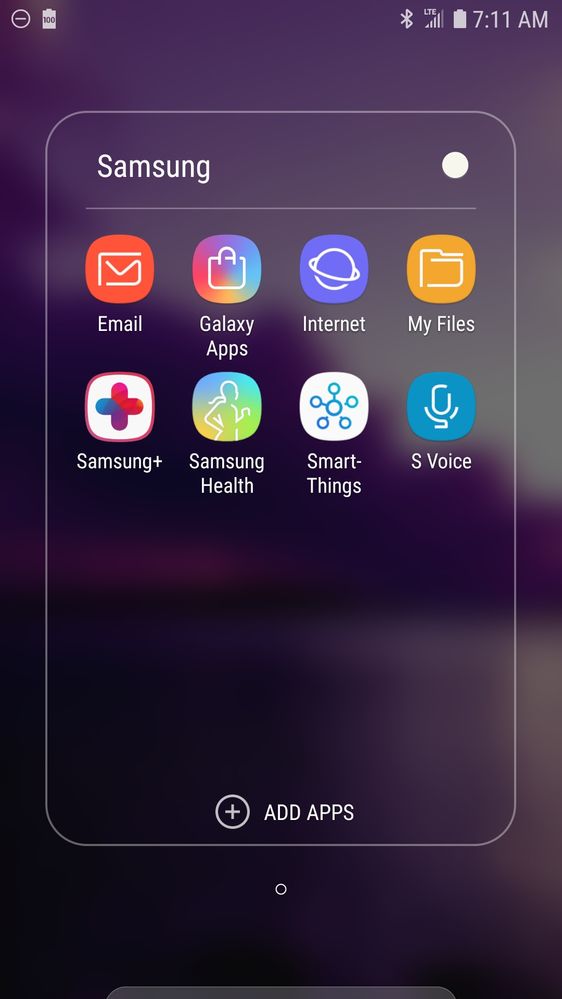 Here is screenshot of my Samsung Folder

Annoying thing about the update is that once its automatically downloaded you're not given a choice. AFAIK you can only root your phone (and void warranty) to disable the update. I will definitely try Google phone in my next iteration, since both Samsung and Apple tend to screw up with upgrades. It's a shame, really, since Nougat worked just fine.