Despite this subject is still in development. There are some websites listing the Samsung Phones that will be compatible with Android 10 Q, which will probably arrive at autumn 2019. The Galaxy Note 8, is still one powerfull phone, surely capable of running Android 10 without a problem, but it's still not yet on the lists.

I would like to know if Samsung has plans to include the Note 8 to be able to run Android 10, and if not, what would be the reason to not include it.

Here is a list that you can find on some websites... 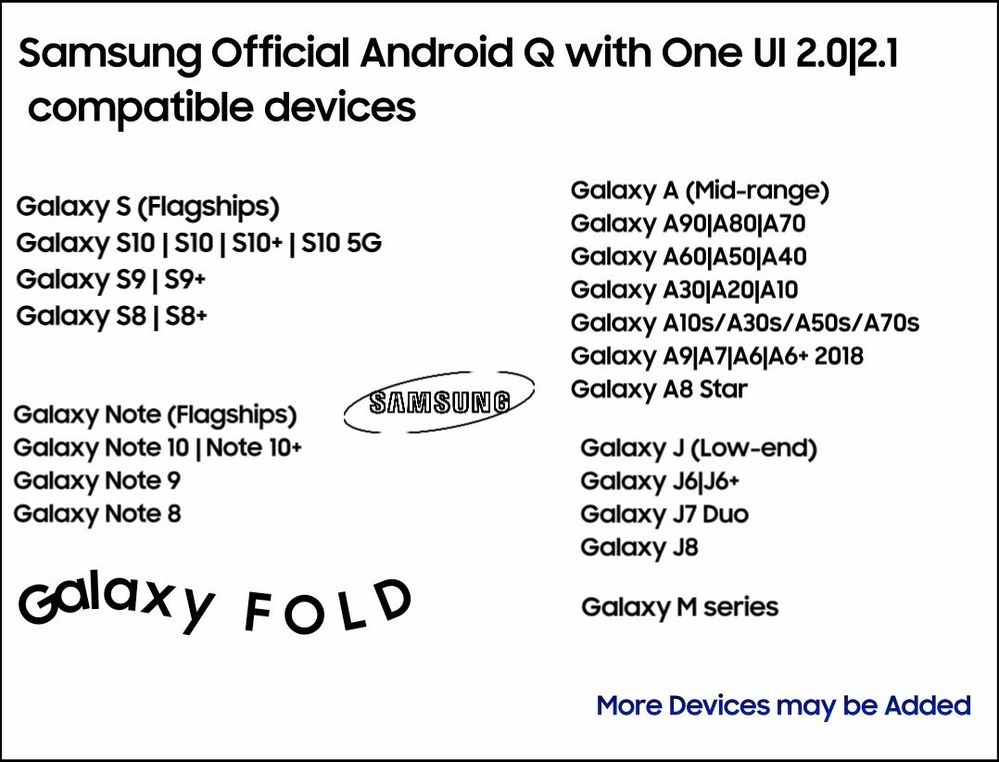 I got that image I think it s official

Where did you get it?

If this is true, then it will be AWESOME!

Yes, great if Samsung have finally changed their mind about this and give us Note 8 users the Android 10 Q update

Other Smartphones
I'm sorry guys to say that, but that's fake 😬

Can someone, give a little bit more intel, on which manufacturer offers more major upgrades for it's phones?

I hate to say it but apple is about the only one that does. I had a note 3, s5 and now a note 8 and Samsung is always cheap as hell when it comes to upgrades but charge top dollar. You'd think with all the Samsung bloat they install you could get more than 2 updates but no.

Lg is just as horrible. Their phones wear out way too fast for the cost and if you ever had to deal with their boot loop issues you wouldn't want another lg.

Motorola makes a solid phone but it's usually under powered. I had a nexus 6 that I loved but most of the Motorola phones are on the slower side.

Since google partnered up with Verizon I haven't been able to use a pixel because I need wifi calling and AT&T being the corporate behemoth they are that only care about money won't allow wifi calling on any phone that's unlocked.

My wife though has an iPad that is 4byears old and runs the newest iOS and has an iPhone 7 that runs the latest iOS.

I find it absolutely maddening that they demand top dollar but offer 3rd rate support. I'm done with Samsung and may be done with Android too.

Other Smartphones
At some point in the product lifecycle of a device, Samsung can no longer guarantee that an update to a newer software version will be available. With new Android versions, the hardware requirements are also increasing, so that a smooth operation of new software on older models may not be guaranteed. Samsung mostly takes customer feedback to heart and supports models that have been on the market for a while with security patches.

my wife's Samsung Galaxy a7 paid less than 300 euros in 2018, is updated to version 10 and on note 8 is not working properly but Samsung is just laughing