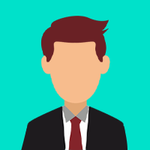 Other Smartphones
Hello there! Now an very important money tip is don't buy the latest generation of phones get a decent old one which still runs modern software that Apple,Samsung,Hawaii, Anything, make.
I know it's a very old annyoing saying but honestly I think its a massive money saver especially because we're in a money crisis currently.
I suggest an older model phone like an 2017 or 2019 phones any (earlier Phones that have been realeast 2015will either be going not to work or won't work at all)
So I don't know what to write that was just a quick reminder and stay safe
0 Likes
Share
Reply
3 REPLIES 3

Other Smartphones
The reason one might a buy a new phone are:

3. Freebies on preorders like Samsung and Google do some pretty sweet deals.
Also with trade ins you don't pay as much (dependent on country etc).

4. With most phones coming with non removable batteries there will be battery degradation on older models whether used or not.

5. People love to show off, those who can afford and why not if you are in to tech.

6. It's better IMHO to buy a brand new phone and maybe use it 2 -5 years then say purchasing an old phone.

At the end of the day everyone as got different reasons for buying a phone and lots of people will be in your position where they didn't need the latest tech or latest camera update or any fancy bells and whistles.

At the end of it if it rocks your boat then go for it.

Life is about choices. 😊

Understand that  some customers do not need the latest devices or flagships depends on needs/budget.  However some older devices will have few  updates and going back as far as 2017 could end being a false economy. I would recommend  purchasing fairly new devices generally if possible,especially if can receive discounts or sell an older model.