Since weight management was removed, Samsung Health app is dropping like a stone on Google play. More 1 stars then ever before.

I'm not saying this with glee, but with sadness.

Since the news of the monumentally stupid decision was sent as an in-app news notification in July, which many people didn't even see,  the app reviews and star ratings have started to drop like a stone.

The change in reviews since July 1st is:

Since August 5th the change has been:

The numbers speak for themselves. If I was in charge of this business, heads would definitely roll. The main source is Appfollow.io. But you can easily check this on Appbrain.com which has a nice pretty graph of what happened on the 5th of August. It totally crashed with ratings of 1 almost every single day.

And if you don't like statistics, and want to make it simple, just go to Google Play and see how many 1 star reviews you see, there are thousands of them, one after the other, counting only the last few days. Many from people just like you and me who who previously gave the app 4 or 5 star reviews.

Even the generic answer (which is totally unfit as an answer as they can not help you with it) has been changed from:

Hi XX We're truly sorry if you have been experiencing an issue with the app. Please contact us at 1-855-795-0509 for help regarding your issue with the Samsung Health application

Hi XX We understand how frustrating this is and we have notified our app developers. We hope to have an update with a future release and invite you to check in the (Play/App) store on a regular basis as updates are made frequently. Thank you for reaching out to Samsung Technical Support.

Could it be self-preservation? People actually took up the advice and called up Samsung Support? Who didn't even know the feature was removed??

So keep hammering those reviews. No reason to turn the other cheek. Eventually someone must recognise what a stupid idea this was and fire the people responsible and bring in some people with common sense. They need new blood. I don't care how many MBAs or PhDs the current management has combined. I have enough 3-letter combinations myself. It doesn't show you are smart if you can't understand simple logic!

I have never seen an app plummet this bad in 1 week only. And this is only the beginning.

I really liked Samsung health and used it for over 5 years. I switched from the Fitbit Eco System. I am using both IOS (Ipad Pro, Apple TV) as well as Android (Note 10+, Galaxy Watch, Google Nest) and thought about moving to Apple before buying my Galaxy watch. As I am using my phone for all sort of things and prefer Android over IOS, I will probably move to IOS in the future.

I live in Australia where we get the Exynos chip in flag ship mobiles instead of Snapdragon (yet it costs the same), there is absolutely nothing I like about the new Note 20 or Note 20 Plus, (even if it was half the price I would not purchase it).

Now the butchering of Samsung Health and leaving it as a shadow of its former self.

I am not just annoyed, I feel taken advantage of and treated like a fool.

And I sincerely hope that who ever made that brain dead decision at Samsung is going to be held to account.

With one update Samsung alienated many of their customer base.

What makes it worse is that all the replies at the Play Store is cut-and-paste. Which is a strong indicator of what the software developer thing of their customer base.

Even if they reverse their decision, I will not be using Samsung Health in future as I already paid 46 A$ for a third party app.

Thanks for posting the links above, it was quite interesting. 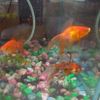 SprinklesTheCarrot
Overseer
I uninstalled samsung health because it was draining my battery.
the best way to get weight management is to download a different app, maybe one like Samsung health but not from samsung.
0 Likes
Reply