I have just purchased this tumbe dryer, however it seems to have a flaw... the door (hinge side) has a lot of movement in it and does not close properly to create a full seal.

This means air is escaping, and the machine/room is getting covered in fine lint.

I found another user with the same issue:

And another user left this review:

Lint production is out of control and often there is lint around arond the door and in the hinge which is difficult to remove. We have to vacuum out the lint trap every second load to prevent this from happening. We don't have particularly plush or fluffy stuff so I'm surprised there is so much lint as never had this with a previous dryer. Customer support hasn't been that helpful in solving this (although did send a tech out to replace the door - the tech is lovely and realy helpful).

Since lots of machines seemingly have this same issue, I'm worried that it's a design flaw and whether I should return the machine and go for a different model?

Resolved via Samsung service - there is an updated door hinge part which resolves the problem, now the door closes tightly.

Are you still having this issue or did you manage to find a resolution?

Still have this issue - check out these pictures which demonstrate the amount of lint that is escaping the machine via the loose door, from only a couple of cycles: 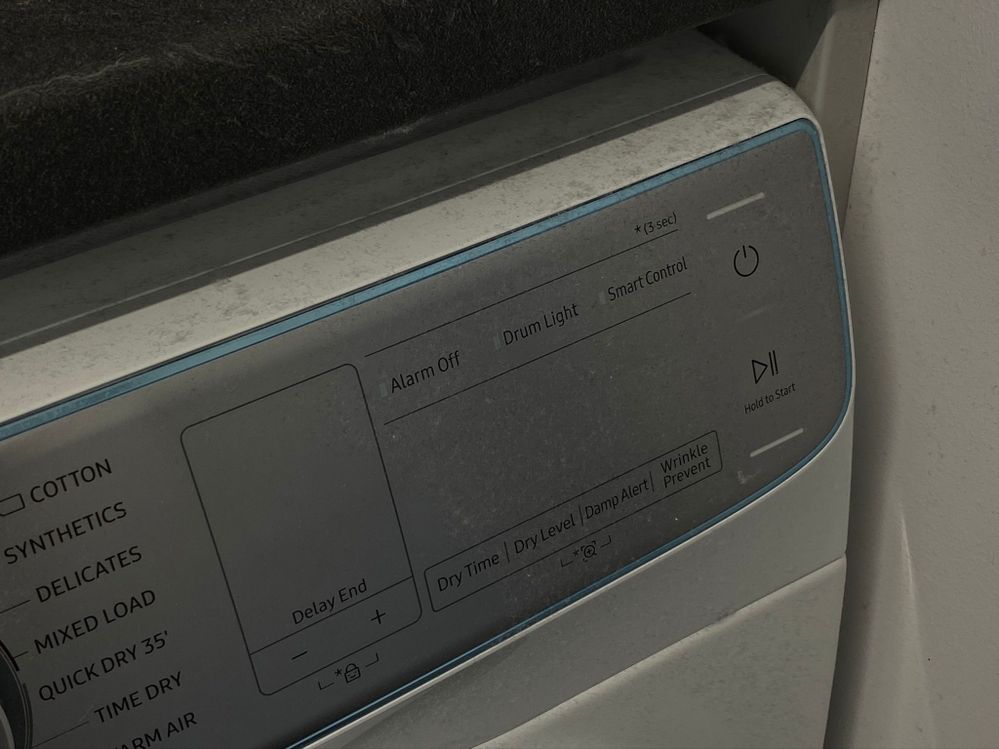 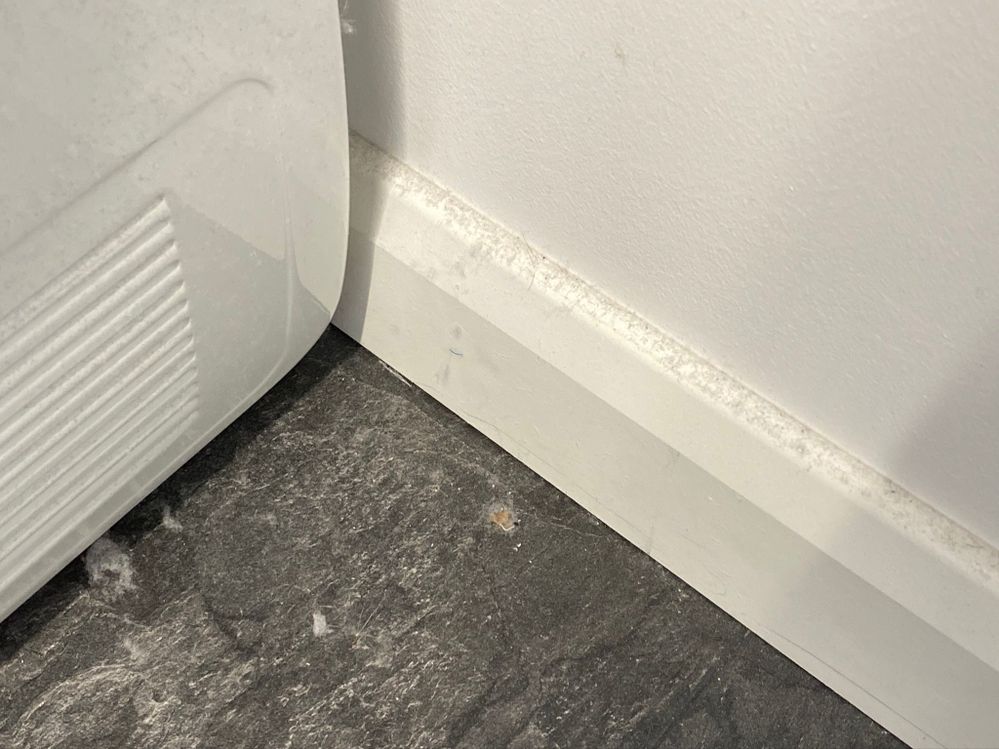 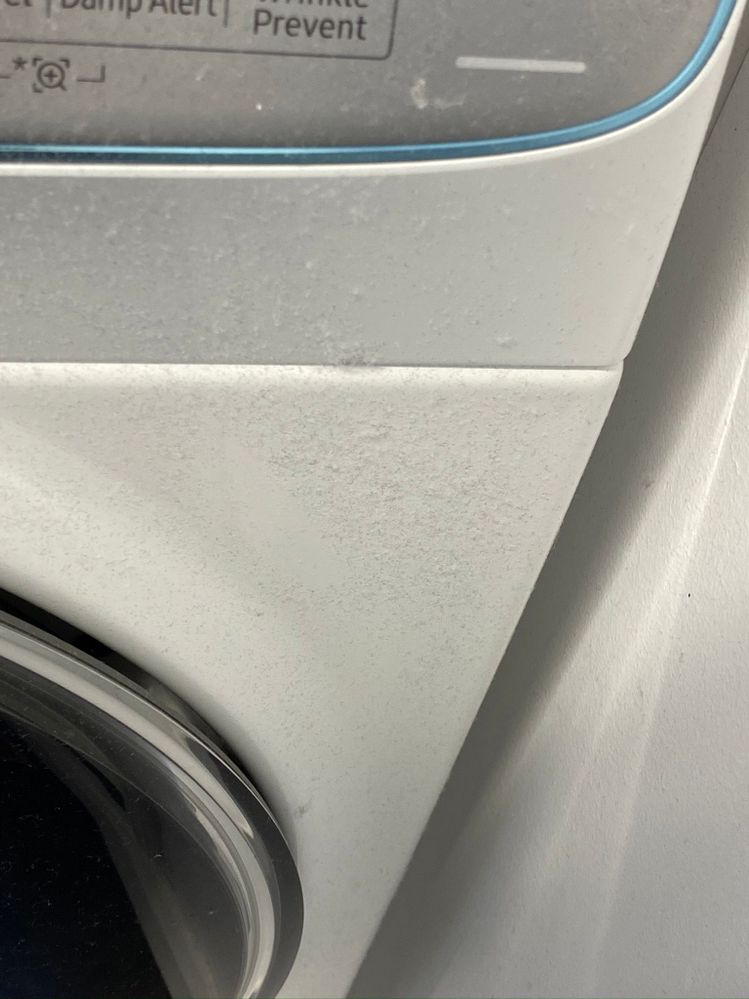 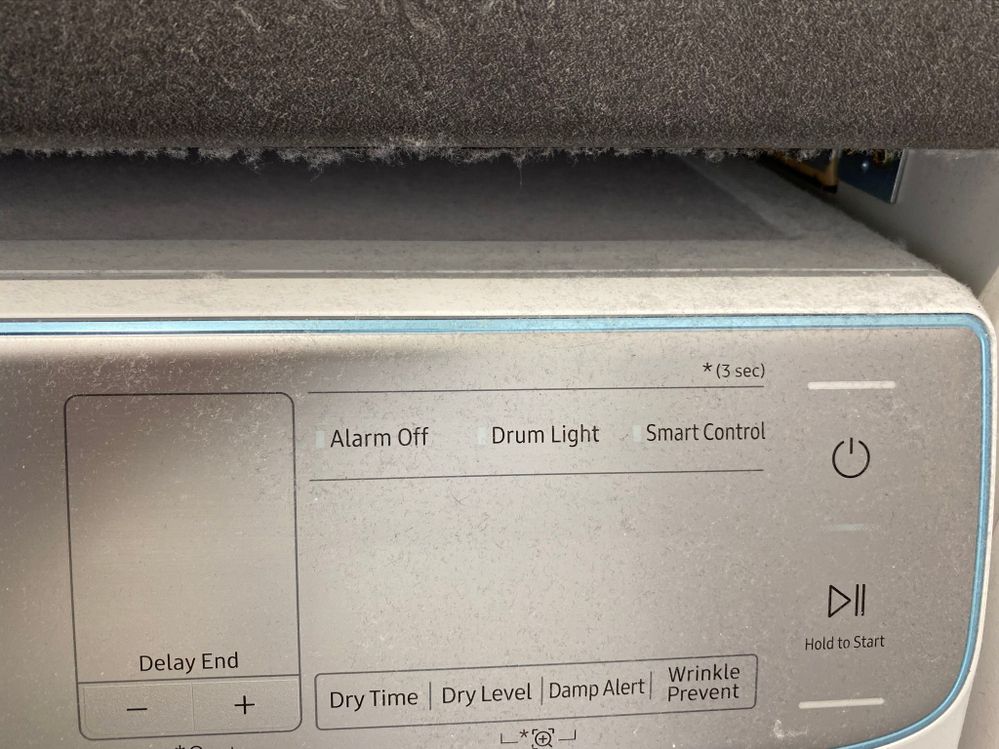 Could you please use our online troubleshooter here, to see if this helps in any way, and let us know the outcome?

warrenashcroft
Apprentice
In response to ChrisM
No use, this is a physical problem with the door not closing/sealing fully.
0 Likes
Reply
Highlighted

It does seem that your Washing Machine is faulty and would need an engineer's inspection, however, if you're still within the first 28 days from the date of purchase, we would suggest speaking to the retailer to discuss your options.

Resolved via Samsung service - there is an updated door hinge part which resolves the problem, now the door closes tightly.

Glad to hear that it's now been resolved for you. @warrenashcroft!  And thanks for letting us know!