Galaxy Z Fold | Z Flip
I purchased the Z fold 3 on release last year. Great phone but now the pre installed screen protector is lifting along the crease, apart from that the screen is perfect. Phone has always been kept in the official Samsung case. I called Samsung regarding the issue and the phone was collected. After 2 days I get an email to contact the service center. I was told they're refusing to change the screen protector because there's a paint chip on the outside by the hinge and because of this I need a new screen. Total rubbish the screen is perfect. Samsung obviously trying to get £££. I've even said OK forget the warranty just replace the screen protector, no we're not allowed to. I've requested the phone is returned and I'll be attempting a screen protector replacement myself. I must say after spending approximately £1700 I'm very disappointed with the rubbish after care. £497 for a new screen is not something I'm prepared to pay when not needed.
2 Likes
Share
Reply
8 REPLIES 8

I had to pay excess to get fixed.
When I left another customer stopped me to ask about my phone, seems he had same issue.

I love to hear from everyone to see how wide-spread this issue is.
Sounds like a fault with Fold 3 and Samsung is making money off it.

Galaxy Z Fold | Z Flip
I had the same problem with my flip 3 and because of the amount of phones that have had the same problem I have not sent it for repair to be told that its going to cost me to replace so I have removed it myself ( I know I have invalidated my warranty ). I think Samsung should own up to this problem as they are going to lose a lot of customers. I will not be buying another fold phone when this is out of contract and possibly won't be buying Samsung again.
1 Like
Share
Reply

My Fold³ internal screens factory fitted screen protector delaminated along the crease so I carefully removed it, and now continue to use the phone without one.

This was a while ago and all is fine with my Fold³.

However for those that prefer to have that extra layer of screen protection I would suggest the Whitestone Dome Film Screen Protector.

[ other makes are also available.  ]

I am having a very similar problem. My wife was using her phone whilst in bed, closed it and put it down. When she picked it up again there was a solid white line about 5mm above the fold, and the top screen was unresponsive. Sent it to Samsung (TMT) and received a quote last night for £309 for "out of warranty" damage to the screen.

I asked them for photographs as I was expecting this, having had a similar issue with my Galaxy Tab 7, when they claimed the screen was cracked but I know it wasn't. They sent me photos of the phone where there are a few scratches on the only part of the phone that is not protected by a case. They also sent me a photograph showing a scratch across the camera, but it is a scratch on the factory fitted protector that is still on the phone. Neither of these (in my opinion) would cause a problem with the screen, but they are refusing to repair.

I contacted BBC Watchdog last night regarding this because it seems to me that there is clearly a design flaw with this phone and Samsung are refusing to address it.

I will never buy a Samsung product again after the two bad experiences I have had with them. I used to be an iPhone user, and if this had been an iPhone I know their customer service centre would have repaired / replaced this phone.

Hi Mark, same issue here! What happened when you removed your screen protector? Thanks

Galaxy Z Fold | Z Flip
I removed the screen protector very carefully and have not replaced it. It was just like removing any other screen protector and has done no damage at all. I know it has invalidated my warranty but I refuse to pay the silly prices that are being charged for what is a manufacturer fault. I have removed and changed many protectors on phones I have had before and its never voided the warranty. Samsung have really dropped the ball with this.
0 Likes
Share
Reply

Galaxy Z Fold | Z Flip
I had fold 3 since launch , inner screen protector failed after 4 months so carefully removed and replaced with Whitestone screen protector and all was fine until last Sunday when I opened the fold to hear what sounded like crushing of glass and yes I had the dreaded black line of death which there seems to be hundreds if not thousands of cases like ours but its all been kept hush hush for some reason ! Sent into Samsung to be fixed and low and behold I have invalidated the warranty be replacing the screen protector myself ( been absolutely fine for 8 months prior ) so it's looks like I have to claim on samsug care + which thank god I hade free for a year when purchased the fold so will only pay £115 excess were as I know 2 other people will same problem but without care+ and looking at over £400 for new screen absolutely shambolic
0 Likes
Share
Reply 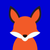 I have the same problem with the screen protector on flip z3 . raised along fold line.