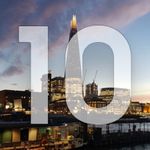 Galaxy Z Fold | Z Flip
My phone hasn't received an update in 3 months. Its still on November security patch, alot of people have been getting one ui 4. My phone is unlocked and have 3 sim, does that make a difference
2 Likes
Share
Reply
4 REPLIES 4

If the phone was originally supplied by the 3 Network then these phone's known as a branded phone's can have a slightly different schedule if the network wants go test the new software to make sure it does not clash with their network apps or services before allowing Samsung to push out the update.

The updates are sent out in waves so the Samsung servers don't crash.

This is then governed by region a person is in,  build and serial number of the phone and phone eligibility.

My Fold was purchased direct from Samsung UK, I'm in the UK and am on the Android 11 with Samsung One Ui 3.1.1 on the November patch.

People are currently receiving the update on their Folds in the Uk so I would suggest to periodically check the software update section in your phone.

You'll get the update soon I'm sure @Aliirtaza