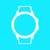 I've had my Z Fold 3 for 8 months now, on the Samsung Upgrade programme.  About 3 months ago, I started to notice some cracks appearing in the center fold on the screen protector.  I had another issues so I went to the Kings Cross store to speak to an engineer, who told me that the cracks were nothing to worry about and I should leave it.

A few weeks pass and I end up having to have a Samsung engineer come do a doorstep repair (My bad!), I mentioned to him as well about the cracks appearing up the fold, once again I was told it was nothing to worry about.

Skip forward to about two weeks ago, I open up my phone as normal and SMASH.  The whole crease had shattered and taken the screen out with it.  There had been no drop previously, no previous damage, just the previously mentioned cracks in the protector.

I try to call Samsung, no answer.  Used the online chat, explained everything that had happened and demanded a repair for this faulty product.  I'm told this isn't a common issue (it clearly is, Google it...) and they will arrange a pickup.

So now the phone is with TMT Repairs, who funnily enough have found any excuse under the sun the void the warranty and charge me £480 for a repair.  They said there is a small mark on the screen (on the left side, the working side) that has punctured the screen (which it hasn't at all) and voided the warranty, which I know for a fact is not true at all.  At this point, once again I have spoken to Samsung Customer Care who said they have no records of my previous visits to Kings Cross or my Doorstep Repair so cannot vouch for the engineers who said not to worry about this faulty device that has now broken.  Customer Care seem to just want to hang up on you, couldn't give 2 monkeys.  TMT sent me some pictures, but once again have said I either pay up now or they'll send it back.

Anyone had a similar experience?  At this point, it's looking like I will be stuck with paying £50 a month for another 2 years with a unuseable, clearly faulty device that Samsung refuse to take ownership of.  Shocking service from top to bottom.  I'm very tempted to go to Klarna (who the upgrade plan is financed through) and dispute this as a faulty item.

Galaxy Z Fold | Z Flip
I had similar with tmt, then cracks started to appear, so I just rode it out, upgraded to fold 4, sent the fold 3 back on the upgrade program and no surcharges happened so it was a win win. The max surcharge is only 115 I think so I'd just upgrade if I were you and see what happens
0 Likes
Share
Reply

Galaxy Z Fold | Z Flip
I had the same issue in the middle of the inner large screen. The screen protector had cracked and split but screen fine underneath. Samsung said they'd repair previously after horror stories and how long it could possibly take and some people being charged I sent mine back for Samsung upgrade swap like it was (totally mint but with the screen protector issue)

They charged me the £115. Wish I'd just taken it off in the end like I wanted to.

Hoping the fold 4 doesn't go down the same route for everyone it's a great device...
0 Likes
Share
Reply

I've seen so many horror stories, unfortunately it's already broken the LCD so I can't really live with it for another few months.

Galaxy Z Fold | Z Flip
I had same issue when I was at repair centre there was other people same issue, can't wait to get rid of mine. Seems like the screen protector fails around every 8 months
0 Likes
Share
Reply

Hundreds of similar stories on these pages, TMT look for any minute damage to ensure that the flimsy Samsung warranty is void.

I've sent complaints to the Ombudsmen and BBC Watchdog.

Sent a complaint to my mobile phone provider as they are the ones I contract with. Told them it was not fit for purpose and demanded a replacement. So far they are refusing, but offered me £100 account credit. After two hours of online chat that increased to £150, then £200. Just about to go back online to push them again, as the bill for repair is £309 with TMT, or £296 with Three's official repair centre.

Samsung Customer services are not responding to any emails, and TMT seem to be carefully selecting the ones to reply to, offering no engineer explanation as to why the screen has cracked.

We need some raised public awareness of this shocking Samsung tactic to cover up a terrible phone.

Yes same issue although screen is still working but the protector has delaminated in the middle. I've reported to Samsung just waiting a response.

Same issue with mine, but I've had some success, my mobile phone operator (Three) has agreed to pay the repair bill (I'm under contract for the handset with them), it took me a few online chat sessions to sort, but they increased the offer of account credit from £50 to £300, their official repair partner gave me a quote for £296 to replace the screen. Hopefully this one will last!