Galaxy Z Fold | Z Flip
Since getting the Z Fold 3, I have been looking for a case to carry around the S Pen with.
I have the Samsung S Pen case, but as nice as it is. I didn't want a case which covers the screen.
So rather than plump for the expensive Spigen one straight away. I got this much cheaper alternative. 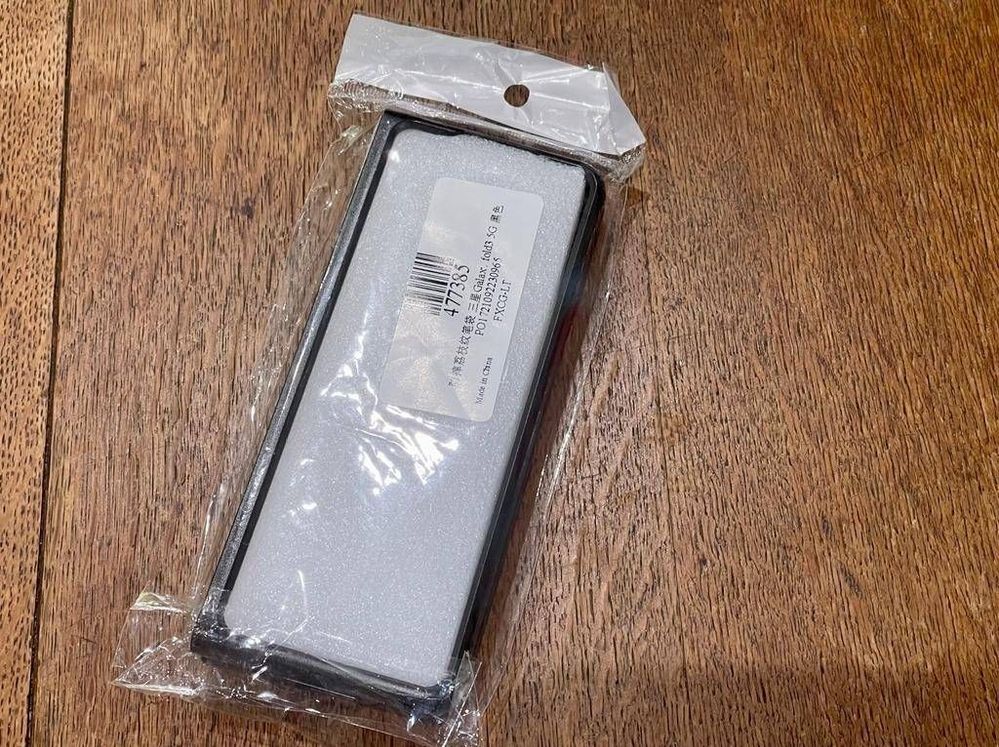 I will be honest and say that the packaging didn't give me much hope. 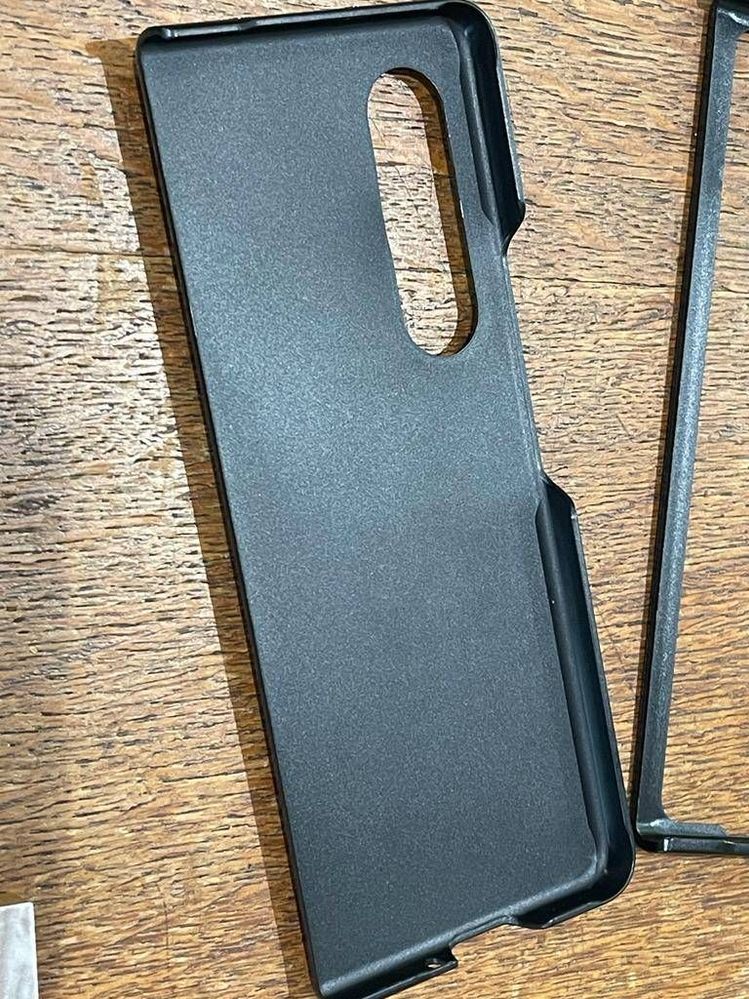 It's a polycarbonate material, so a solid construction. 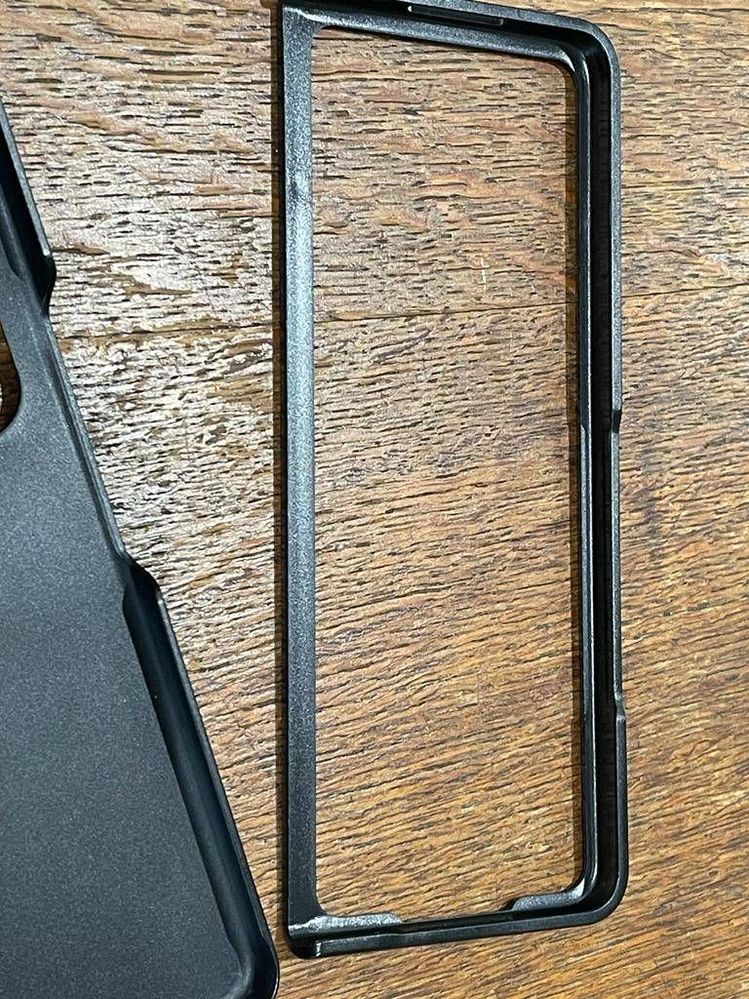 As you can see, it doesn't have a sticky strip on the front portion.
The rear has a leather backing with stitching. 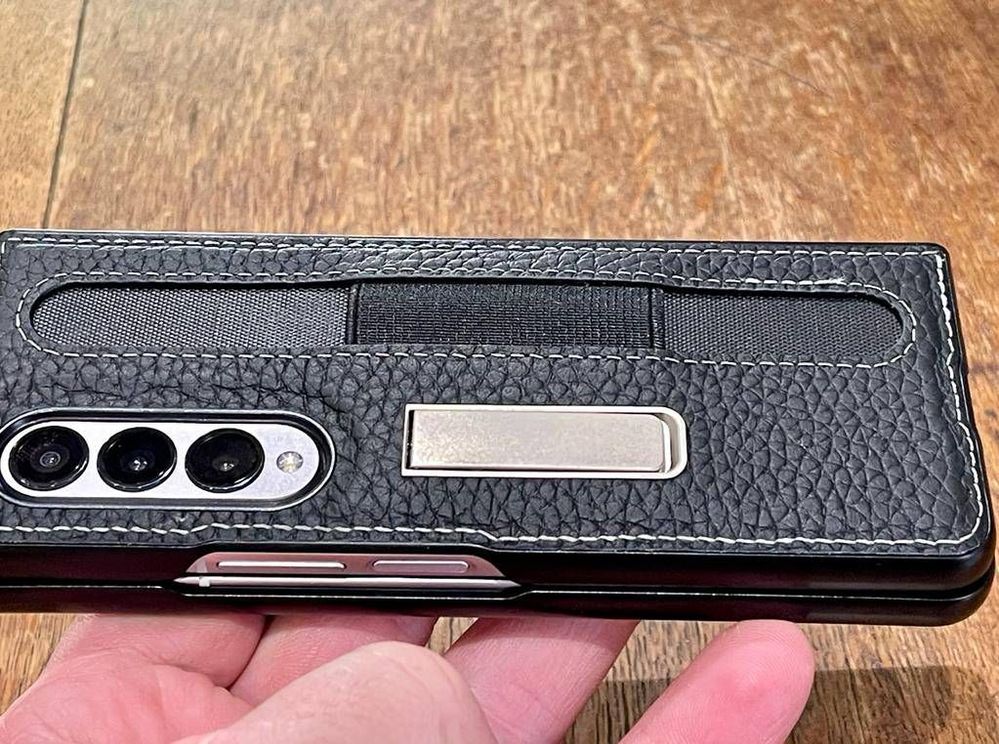 The kick stand is magnetic, so won't flap open. The cut out area for the S Pen has a stretchy material to secure it in place.
It's a lightweight case that does add a touch of extra bulk.
But it's marketed as being shockproof and scratch resistant. 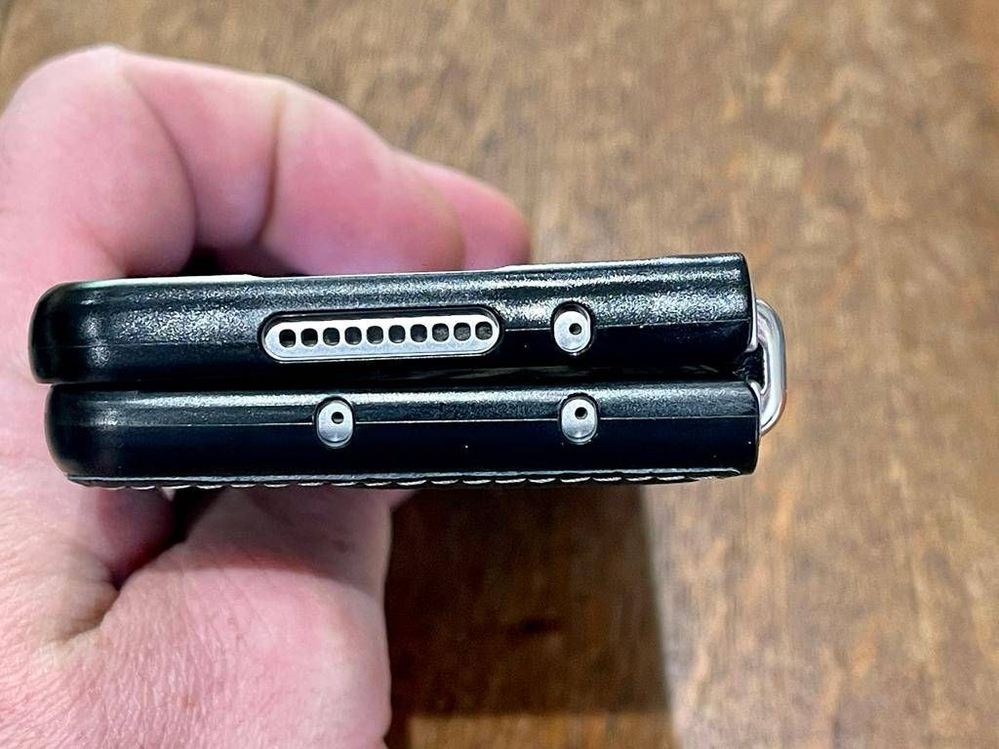 The cut outs look to fit very well as well. 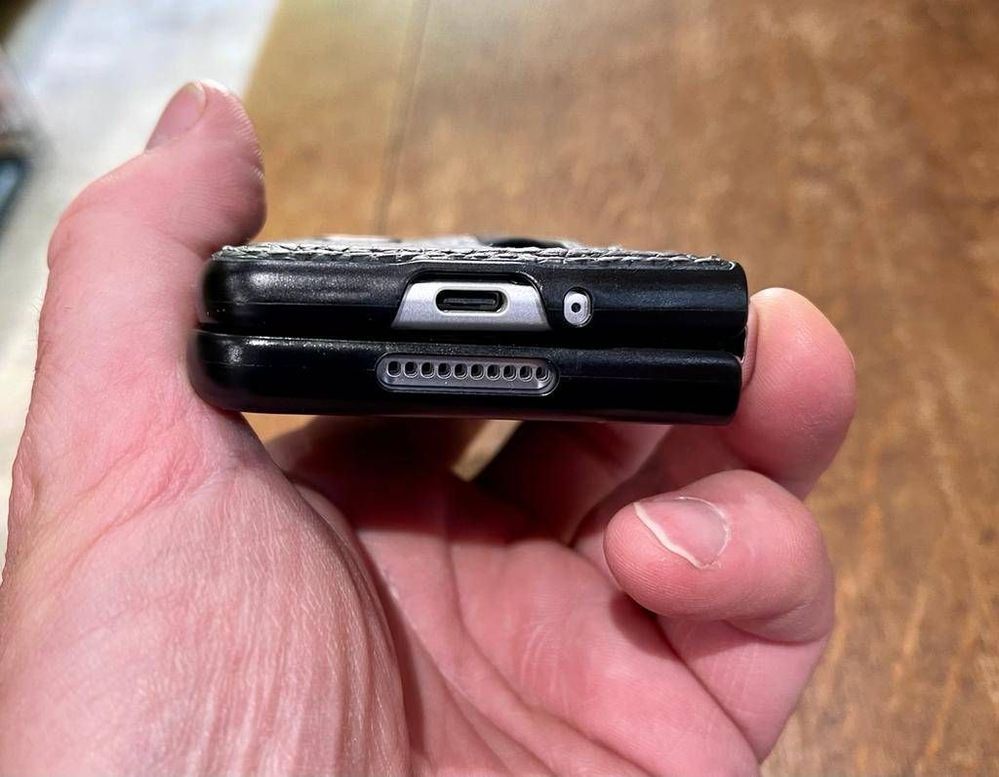 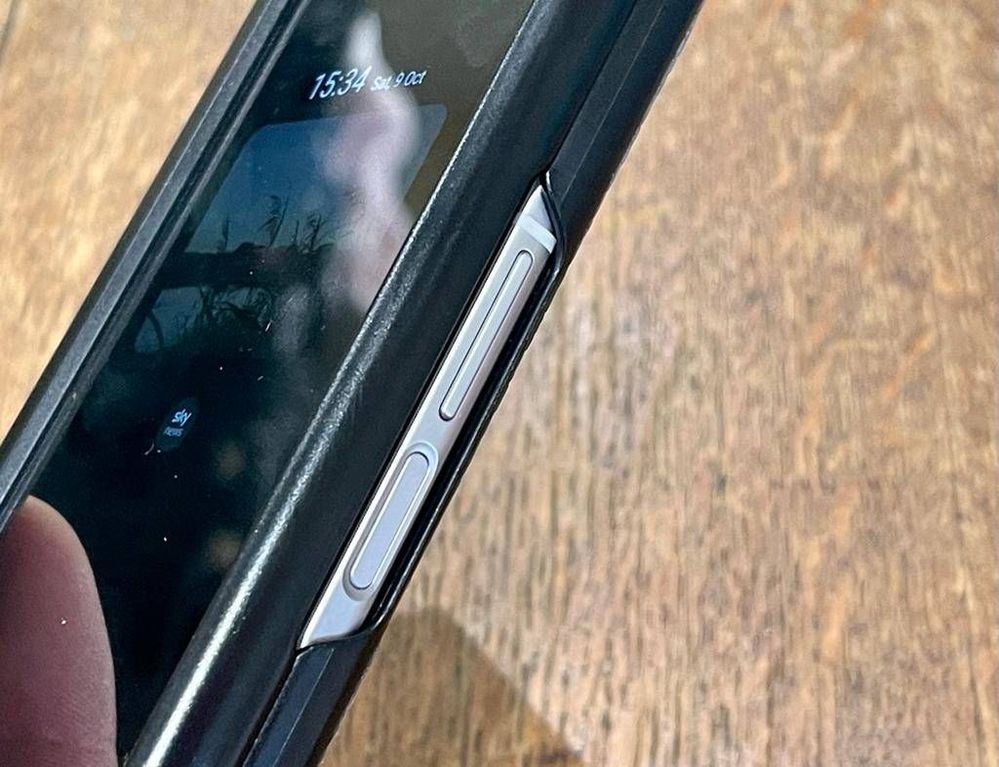 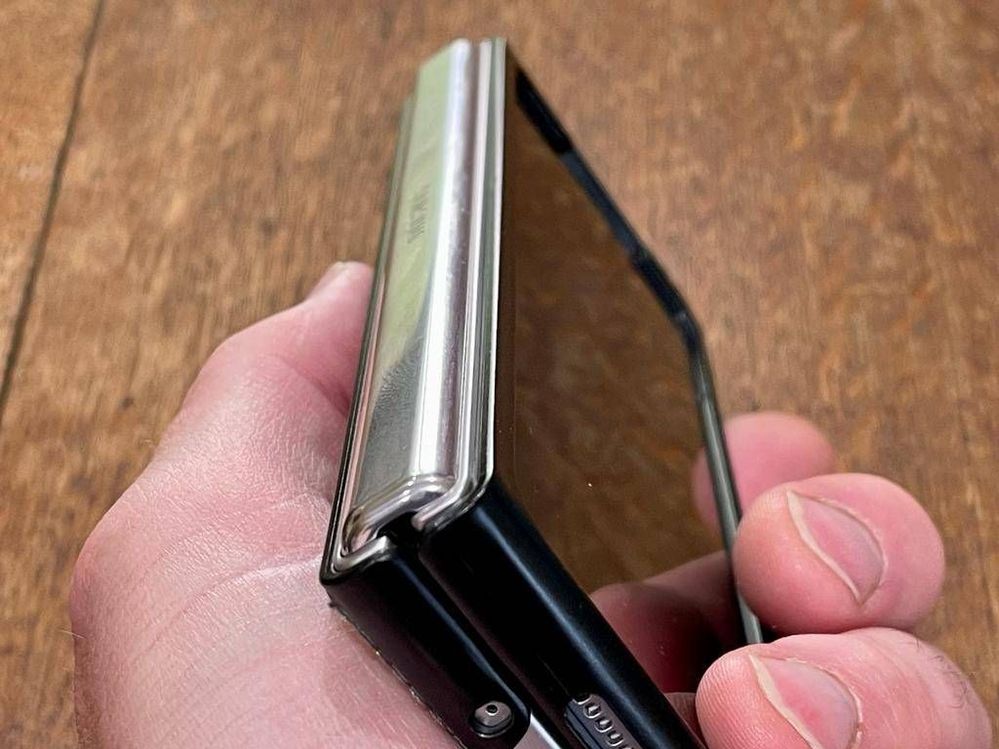 The S Pen on first time pushing it through the pocket was very difficult. 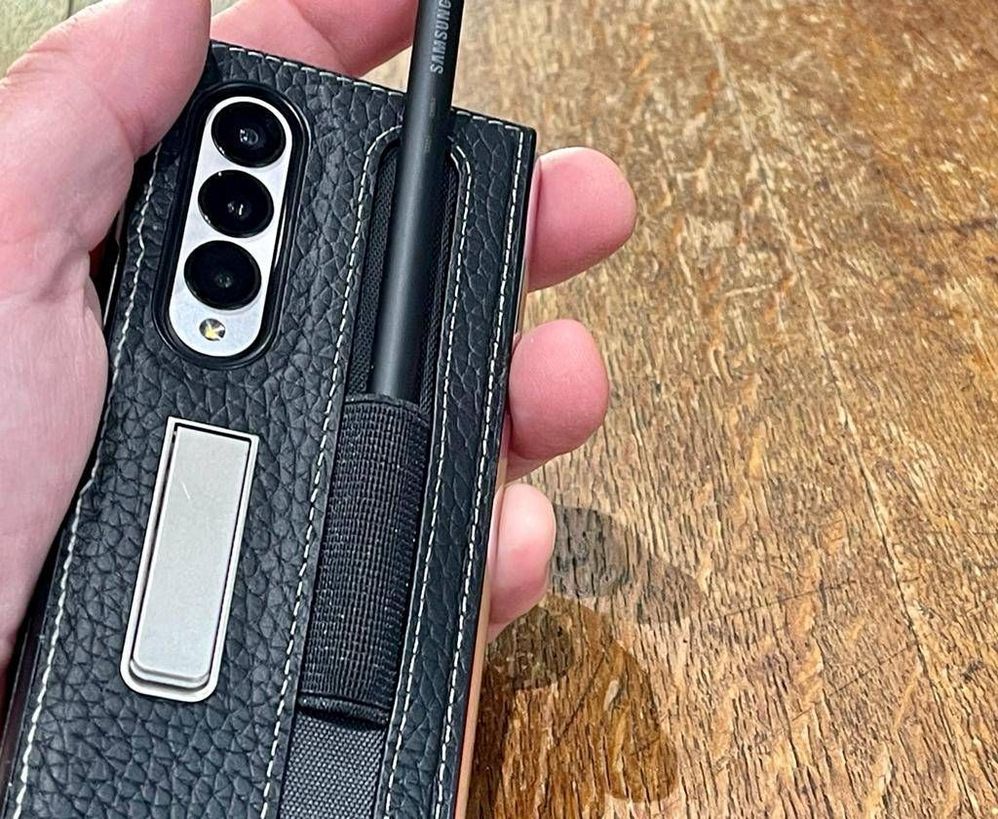 But after a couple of goes, the fit while snug, is easier. The S Pen is solid in place and won't come out easily. 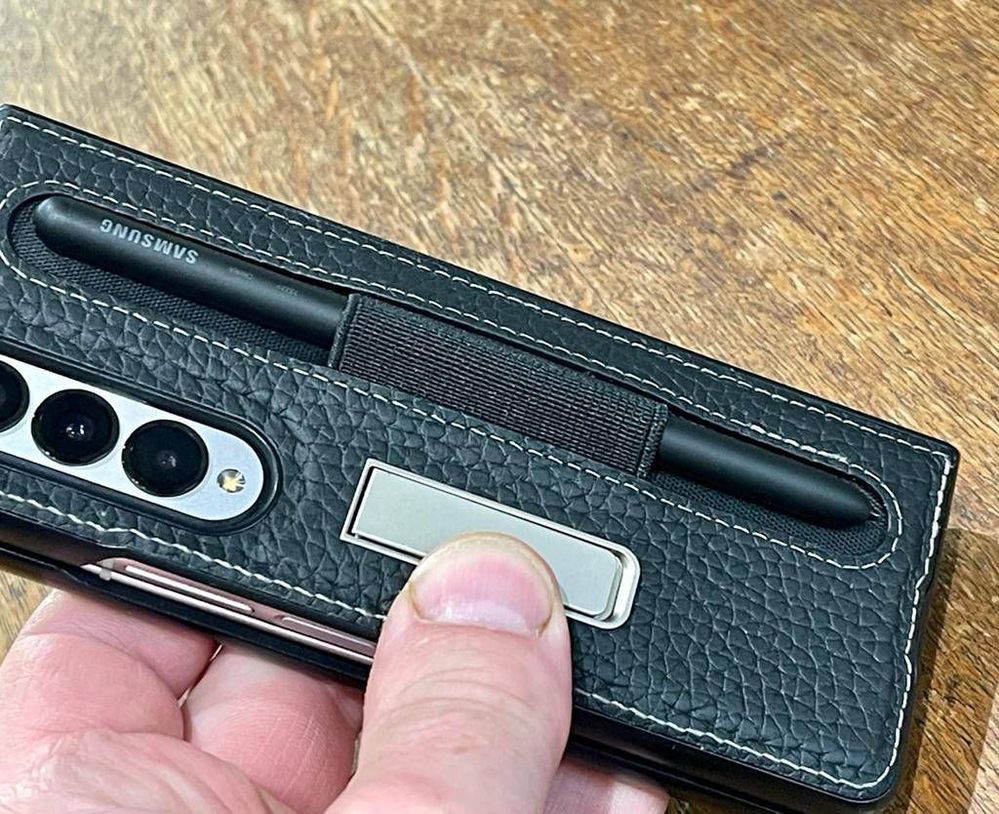 The Kick stand will support the phone only really in one orientation. But it's great to be able to use it without having to prop the phone up. 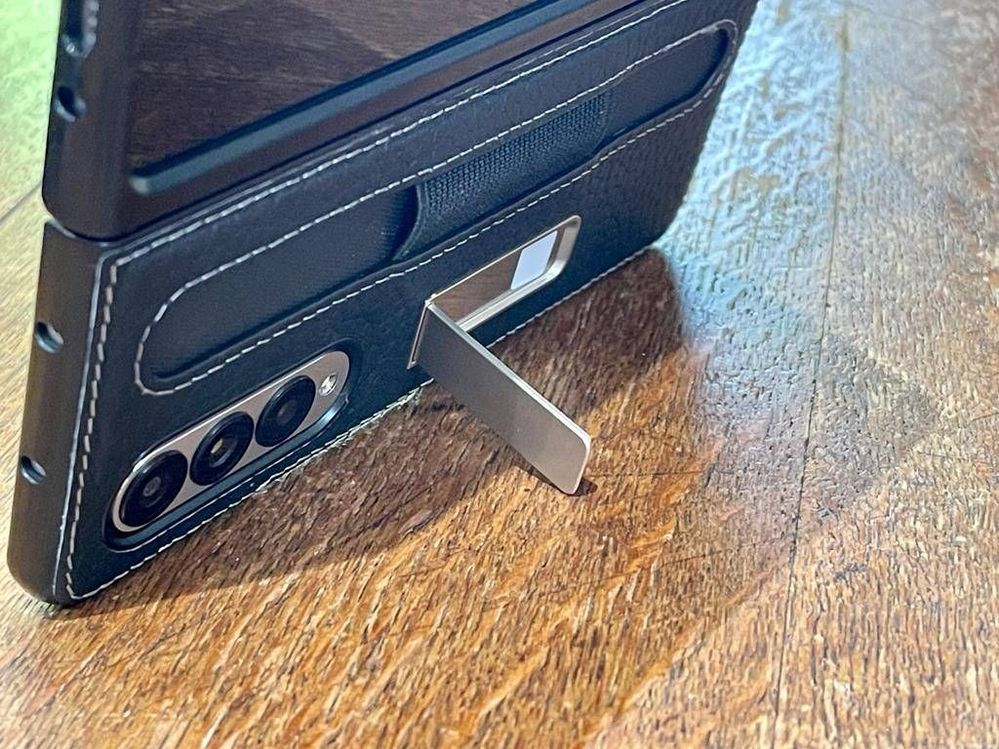 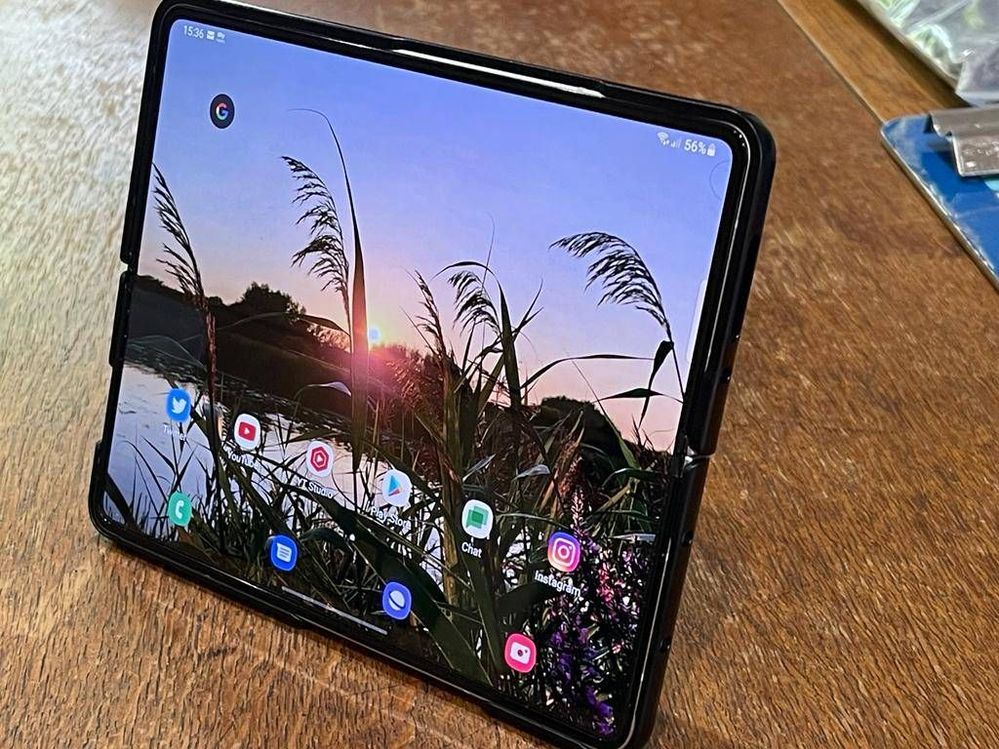 Opening and closing the phone is easy enough. But the front part really needs a sticky strip to hold it in place. Both parts clip on snugly. But the front can move occasionally. 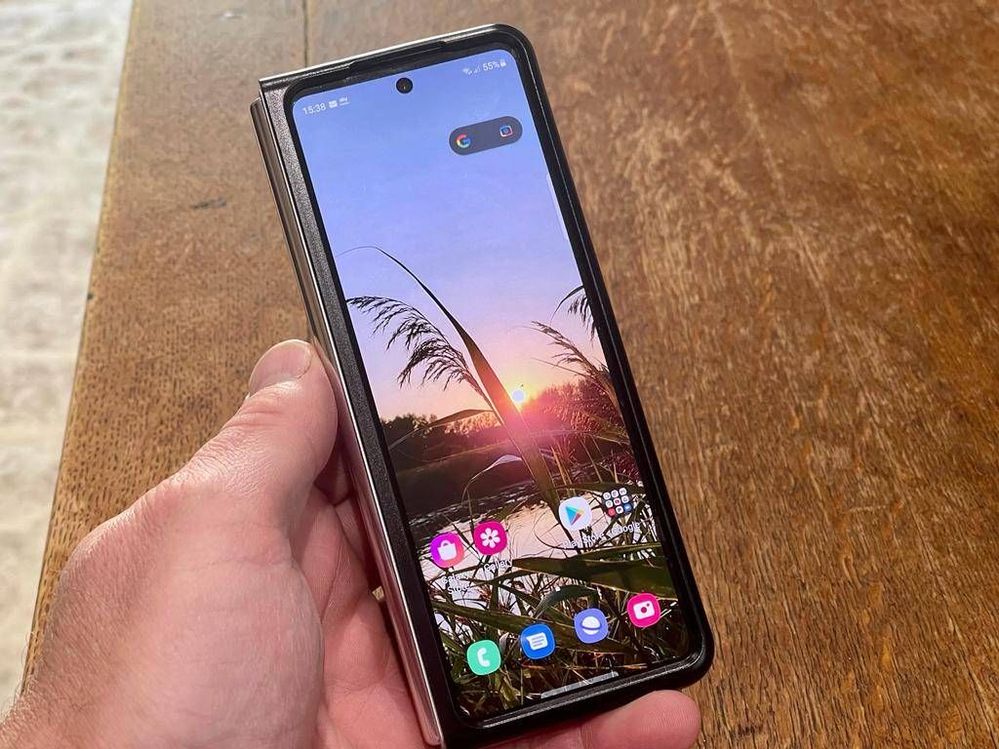 Overall for a case under £17. I can't complain.
The S Pen sticks out a bit on the back, but it's not that much of a problem and if you need the S Pen, it's a good case.
I got mine off Amazon and its made by UXTX. They do them in different colours as well.
Let me know if you have a questions about it in the comments section below.
1 Like
Share
Reply
4 REPLIES 4

In the free Samsung Starter Kit is the official Samsung Leather Flip case with sPen.

The silo slides off this case so that's what I'm carrying my sPen inside right now.

I also purchased some Ringke Pen holders that adhere to the back of a case that then can carry the pen but I've not yet decided to use them yet.

The Aramid Case I received for half price due to ordering it at the same time as the phone. 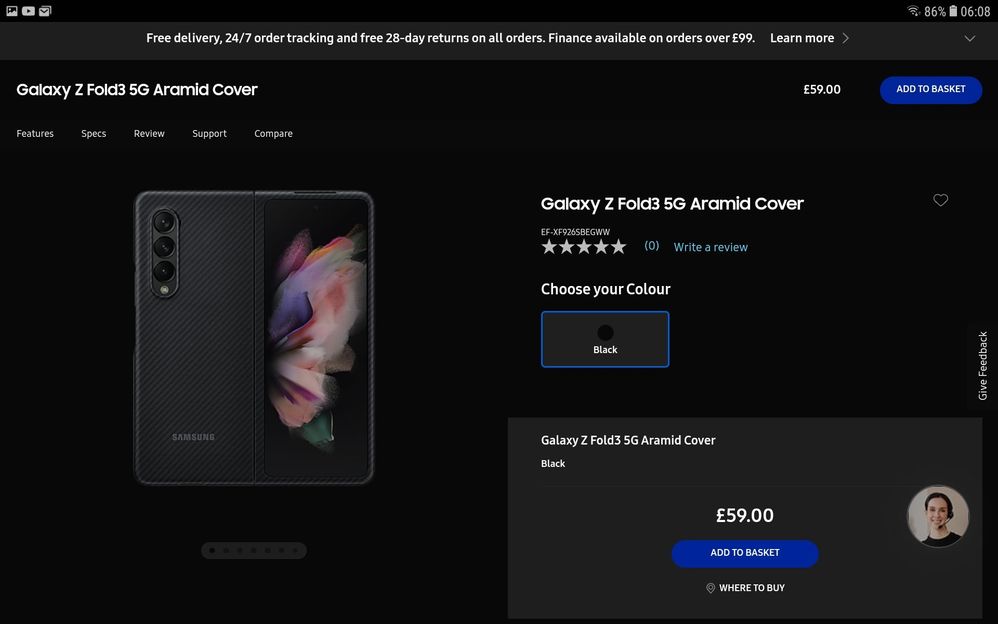 Sleek, adds grip and comfortable to hold and very minimalist.

I came across the Ringke pen holders via a YouTube review when i was searching for Fold 3 cases. 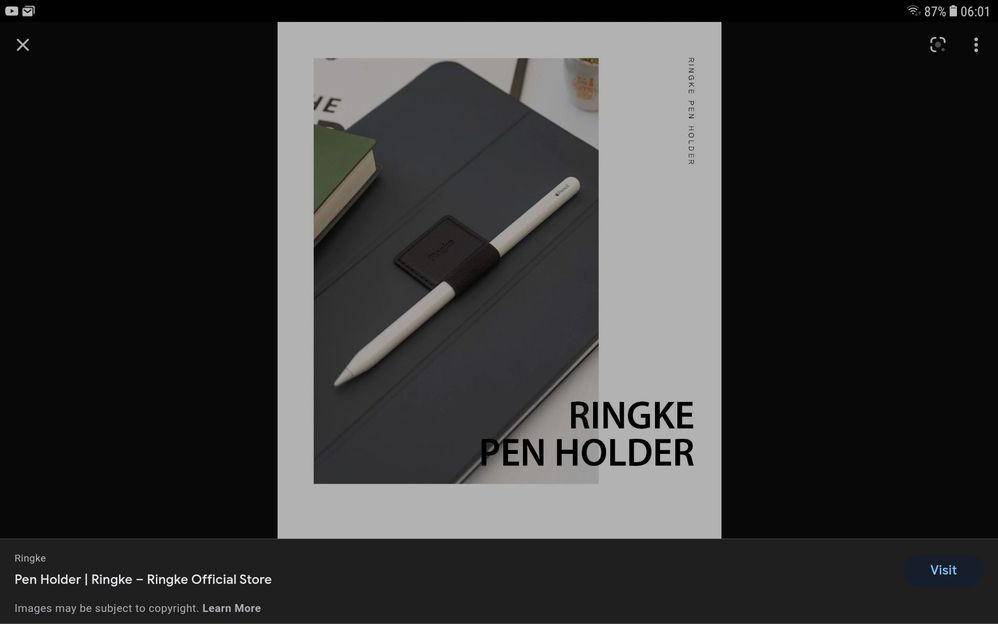 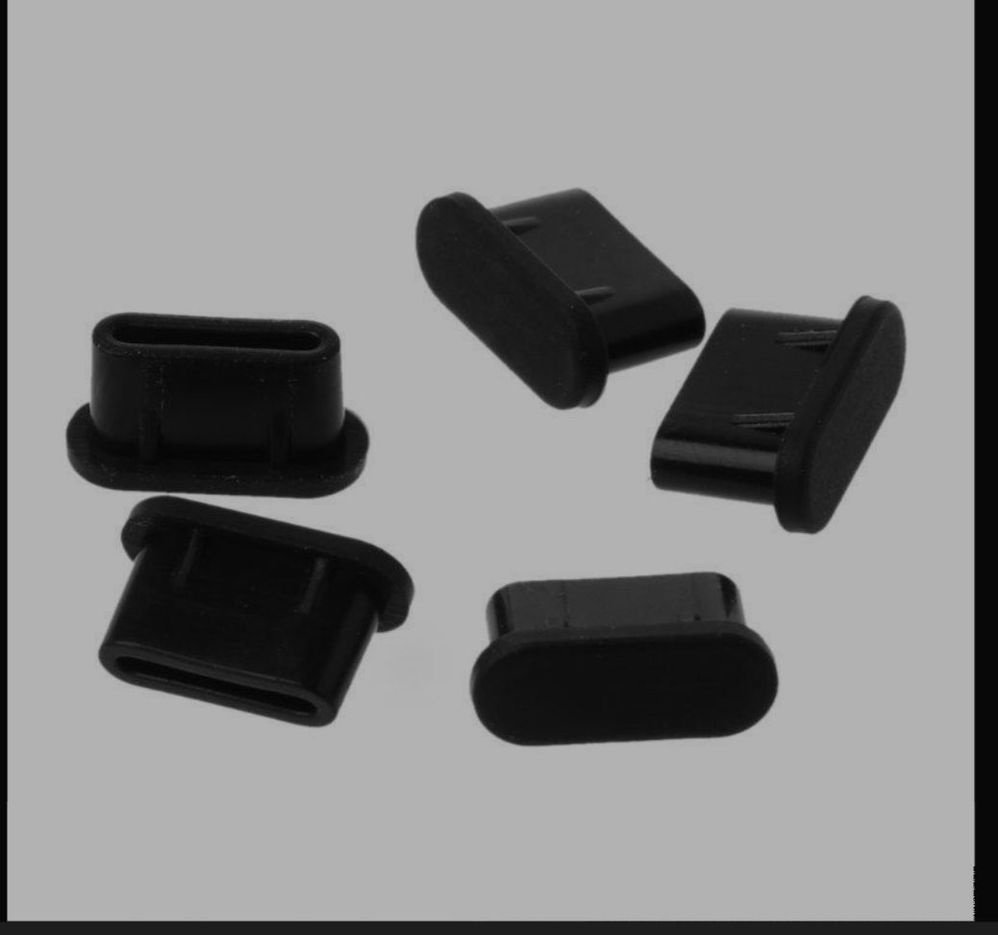 Some owners are looking for cases with hinge protection.

On my Fold3 I've left the in-transit plastic on the hinge.

Right now the silo from the free official Samsung Leather Flip Case with sPen support is fine with me.

I keep my phone in a belt case with belt clip with carabiner clasp.

I prefer to carry my phones this way due to my workplace and it stops dust etc.

I also have a soft silicone bung that pushes into the USB-C charging port to keep dust out and I always charge wirelessly. See attached photo.

Galaxy Z Fold | Z Flip
I'm going to pickup some of these. Will have to pick up those charging port bungs as well.
Thanks for letting me know about these 😁👍🏻
1 Like
Share
Reply