Smartphone or Bear Grylls? Galaxy S9 Survives Being Lost in the Alps for 5 months.

Skier finds their Samsung Galaxy S9 that was lost on a mountain in the Alps for five months… and it works perfectly. 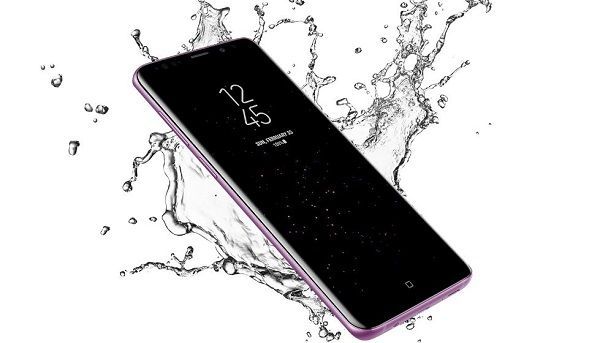 So, back in February, Jamie gut-wrenchingly lost his  Galaxy S9 on a snow-covered Alpine mountain he was skiing down - along with all the awesome photos he had been taking with the phone.

A search at the time turned up a blank; and Jamie was resigned to the sad truth that the phone was lost to the wild might of the mountain.

For five months, enduring altitude, rain, snow, ice , freezing cold, heat, sun, wind, and anything else the mountain could throw at it, the S9 patiently lay asleep upon the Alpine slopes.

Five months after their  abrupt parting, whilst he was in the same area,  a sudden urge struck Jamie to maybe try another search for the lost phone. Perhaps like last time, it would be in vain - but if you don't try you never succeed, right?

This time slim hope was rewarded with... SUCCESS!

Powering up the dormant phone resulted in the joyful whir and stir of awakened machine life - and the rediscovery of all those photo memories; perfectly preserved in pristine condition!

Screenshots of events in the owner's own words BTW:

Credit to Jamie (aka jpurkynipps) via @SkiPeak for letting us know about this one. Cheers!

Well that really is amazing-though that would have been long shot.   Good to have the cherished memories back

No chance of losing my phone skiing   mind you

Galaxy S9 Series
Super cool! Honestly no surprises that the S9 series is super durable (As long you use a proper coffer

). I have it for quite some time and it survived.... Me, and believe me when I say it that I abuse my phone, a lot. I really buy my phones based on build quality

Where the S8 series where leading for innovation, the S9 series perfected and made it and made it extremely durable