I've newly brought galaxy s9 64gb. It just drains battery very quick. Even without using phone it darins battery. My  battery is not calibrated yet. Is there any special way to correctly calibrate it or any error with the battery ? Also when I check the 4n with phone info app, it says battery helth is 93.7 why is that, because I just brought my s9 4 days ago. 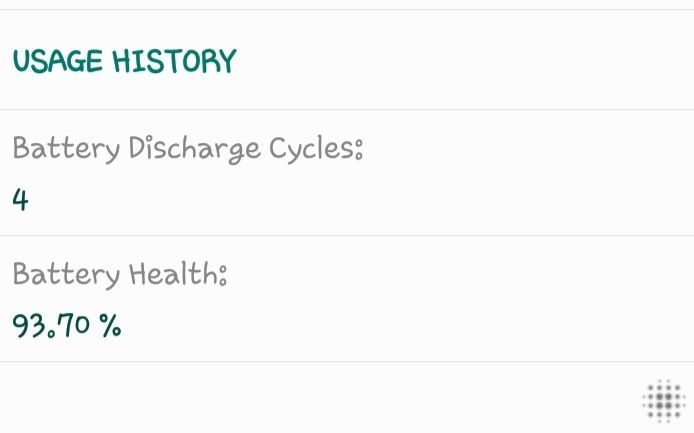 Your battery will still be optimising and wont reach optimum calibration until it's been discharged and recharged a few times.

Also typically with a new phone the battery is used more due to the setting up process and you looking into all the settings and using the phone more to get used to it.

Your battery settings should show what is using the battery under device care.

Some apps can and will use more battery too.

Give the phone a little while for it to fully calibrate and settle.

If your concerned then take it back to the shop and ask them to take a look. They should also have a cooling off period where a phone can be swapped out for a new one. Check what that is and keep it in mind because after that initial cooling off period they'll only repair it.

my friend got the s9 when it came out and was unimpressed with the battery life after a few day and its natually only gotten worse over the last year and a half.

I get about 4 - 5 hours screen time on the S9, always have even running oreo.

I leave the brightness on auto, no dark themes or dark mode.

But you can do things like use a dark theme, use dark mode when possible and also adjust the brightness to get a bit more but I find it lasts me a day per charge which is fine.

It'll use about 5% battery idling over night. Think its partly the A.O.D which I don't mind.

I have same problem. It drain too fast even I don't use phone 😞
How is your battery now? Did you solve the problem?