Galaxy S9 Series
We realy need it. It is our native writing system.
17 Likes
Share
Reply 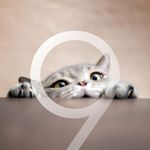