Bixby is playing "A Day in History" and I have no clue how to turn it off without restarting my phone.

So I was messing around with Bixby, asking her to tell me jokes. Then she asked me if I wanted to know more about what happened on this day in history. So I was like, sure, why not? Instead of text, however, I was met with audio from the History Channel that I have no idea where it is playing from. It seems to be from Bixby itself. I couldn't figure out how to turn it off so I rebooted my phone. That semed to get rid of it. But I was curious what it even was so I asked for the same thing again. So it played again, with no way of turning it off, no matter what I asked Bixby. Untill I saw in Media that it was actually coming from Bixby (I had no clue Bixby even had a built in media player in the first place). From there I was able to pause it atleast, but still not actually terminate the process, like you can shut off all other apps. So now my question is, how do you turn off such things? I just want to know this for future reference. I have no intention of doing this bullhonky on purpose ever again, to be fair. 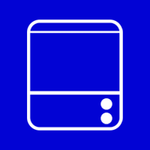 Galaxy S9 Series
Open recent apps and close all should stop it. Also check in your notification centre as it might open some sort of audio app.
0 Likes
Share
Reply

Like I said in my post, I was not able to get rid of it like you can close all other recent apps. It's not showing in notifications either. Bixby doesn't even show up in recent apps in the first place. The audio that was being played only showed up when I used the audio button at the top of the screen (swiping down, which you also use for brightness and such), and even then I was only able to pause it, or go to next and previous track. I'm at a loss here.