The title says it all. The UI is okay to deal with but some of the new features are terrible. I've had my S9 for about 8 months now, and I've never had any problems with it TIL NOW. Closing the apps feature is so complicated, you have to swipe up instead of swiping left or right which is more difficult to do if you're using one hand! The End Call feature isn't there! The photos on my people edge look pixelated! And my clock is on the upper left hand corner, which is very annoying and you can't do anything in the settings to fix it! Fix thisss!!!

Zaylow
Explorer
In response to BigDaddy1

I followed this video. Do it from a windows

computer, not Mac..  Here's the link.

BigDaddy1
Explorer
In response to Enjay

Zaylow
Explorer
In response to BigDaddy1

Samsung is no longer Samsung. It's slowly morphing into Apple and I hate it. The keyboard changed, notification bar is absolutely different, everything is white now which is annoying because I had everything dark before the update, and the worst part is you can't change any of it. Anyone know how to go back to the old update?

Are u dense? Read the thread there's tons of instructions on how to rollback!

I still say the problem with One UI is that it isn't a natural evolution of Touchwiz / whatever experience they called their UI before. They changed way too many things for the sake of changing them, and much of the actual UI is a more-or-less copy of what Google has on its Pixels - which, recently, have taken to aping apple in more ways than one. A shot in the foot, that nobody really asked for, and that in several aspects goes directly against the hardware itself with all the (half-baked!) focus on one-handed usage on gorgeous big displays. All the whites are murder on the eyes to begin with, and they're even more of a crime on these AMOLEDs. The colour theme is absolutely atrocious, and the icons are just as cringe-worthy: the two really succeed in teaming up to offer a toy phone impression. (And themes don't help it either, not with how half-and-half the icons will become with most any icon pack, or with how live wallpapers only work on the lockscreen that too many of us completely bypass with covers/AOD/biometrics.) And all the empty spaces everywhere that could be occupied with content, you know, the thing these big phones are designed to display as much of at once as possible!... Some of the underlying changes is nice, don't get me wrong. But the "front-end", the actual looks of it that's presented to the user - nope. Heck, it even has multiple fonts across the system, instead of having one.

The real tragedy? All the expert/professional tech sites and forums praising it to high heavens. While being completely clueless about the feedback actual users provide here.

Are u dense? Read the thread there's tons of instructions on how to rollback!

🤔🤔🤔oh that's right, you can't roll back if you have updated past the march security patch because they have changed the binary.

defeedme
Navigator
In response to BackDaws
You can still rollback past March binary. But you will have to root.
0 Likes
Reply
Highlighted

Enjay
Voyager
In response to defeedme

Over here in the UK we have pretty decent consumer protection and rolling back without root keeps the warranty active.

I'd happily root once the warranty is expired but at present with oreo reinstalled my phone is still official. 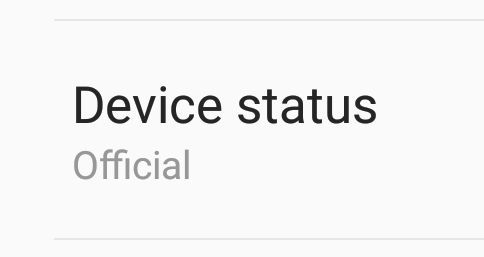 Has anyone tried to get in contact with Samsung?are they working to fix this? I completely agree my s9 is turned to ***** after the recent update, I had just bought it a few months ago . Ironically the s10 just came out. It makes me wonder if all the features got transfered to that model instead. Is a lawsuit truly possible? It's been a decade but I bought my mac for the price of this phone, now its a total rip off.  Something needs to be done.