Galaxy S22 Series
I'm surprised at the large No of used S22 Ultras for sale
I've never known for so many of such a new model of a flagship phone to find its way onto the shelves of so many used outlets so quickly
Given the number of issues that have plagued this handset which seem to vary depending on what it is used for, is this a sign that consumers are voting with their feet?
Don't get me wrong up until owning this S22 Ultra I have been a Samsung fan and not only in phones as I regularly use Samsung parts such as SSDs etc when building or repairing PCs, I also prefer the UI on Samsungs smart TVs
I personally wouldn't risk buying another new release phone from Samsung after my experience with this S22 Ultra
The stuff on the phone that works, works well but the problems that it encounters tend to be major and require a lot of technical knowledge to work around or a lot of patience waiting for updates etc
I'm sure at some point most issues will be resolved and maybe some corners have been cut on components such as the network chips or the exymos cpu etc which may be making it difficult to solve some of the problems
I'm already researching other brands for my next upgrade much sooner than normal as I'd normally usually expect to get at least a couple of years from an upgrade but have only had this phone for a few months and it's been a nightmare to work with
I suspect Apple will be rubbing their hands if people decide to switch to them, which I hope not as I'm not an apple fan
Samsung you need to sort yourselves out, whatever has gone wrong needs fixing quick or your reputation will suffer badly and once you lose consumers it can be really hard to get them back
3 Likes
Share
Reply
20 REPLIES 20

Galaxy S22 Series
I am joining the queue.. .

Obviously, having both Garmin (the latest Venu 2 plus) and Apple watches.. I wanted to try a Galaxy watch.. But I only had an iPhone... So guess what... Got myself a S22 Ultra

Galaxy S22 Series
Samsung phones have usually been amongst the best but this one is not one of their better phones. I think its probably been rushed to market before it's ready and the availability of support and effective updates is seriously lacking
1 Like
Share
Reply

Galaxy S22 Series
I don't know much of Samsung history.. My S22 Ultra was kind of OK, but after the recent update.. Even the bits that were working.. Got slow down

Re Galaxy watch 5 pro... Its a good watch with good hardware... However in relation to Health and fitness.. No adequate 3rd party support at all
1 Like
Share
Reply

Galaxy S22 Series
Only issue I have with the s22 ultra is the design.
I'm not a fan of the squared edges much prefer my s21 ultra,it just looks and feels so much better.
Anyway this is why I decided to get the s22 instead,that and I wanted a compact phone this time round.
Anyway both my s21 ultra and s22 work brilliantly to be fair,both in performance and battery 🙂.
Both on android 13,both exynos.

Galaxy S22 Series
I was originally a Nokia fan, loved them very reliable and the symbian software was very stable. It was getting a bit dated but was great for business use. Then windows WP8 came along, which in terms of performance and stability was head and shoulders above android and IOS but the lack of apps and support from developers made it very limited. That's when I moved over to android with a Galaxy S7 then an S9 then an S20+ and here I am with the S22 Ultra. Don't get me wrong I expect teething problems with any new device but this phone takes the biscuit as even the teething problems have teething problems. The sad thing is it could be such a great phone the camera is amazing and plenty of other useful gizmos. The problem is some hardware glitches combined with very poor software development which means a constant stream of fixes on a trial and error basis so I think by the time they get to the bottom of the issues it will be time to upgrade again. I don't know where Samsung have gone wrong but I won't be rushing for their next offering. I've bought an old used motorola to use for my important work stuff, I just can't trust this phone so I'll use this for my personal stuff in the hope that Samsung can sort it out
1 Like
Share
Reply

Galaxy S22 Series
My partner has an S21 and she's happy with it. I think Samsung a dropping the Exynos in the S23 in favour of snapdragon. I know there are many who don't seem to have any issues with their phone. It is probably dependant on how it's used. I find it OK for personal stuff but too unreliable for work and business use
0 Likes
Share
Reply 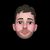 Galaxy S22 Series
I've also been a loyal samsung customer for years tablets, fridges, washing machines and of course phones, but I feel that samsung are simply taking this for granted and released sub par hardware for the past couple of releases for me starting with the galaxy watch 4 and s21fe, s22 (i also feel for the folks that invested in folds).

I feel taken advantage of with cheaper than normal builds with a logo i once trusted stamped on them.

I know it gets said a lot on these boards but I'm about done with the samsung ecosystem and actively looking elsewhere. It's a shame but true.
3 Likes
Share
Reply

Galaxy S22 Series
I have the flip3 also 😅,but again it works great tbf
1 Like
Share
Reply

Galaxy S22 Series
True brand loyalty doesn't last long when brands get complacent, it's too easy these days for consumers to go elsewhere
1 Like
Share
Reply