Galaxy S21 Series
Samsung S21 Ultra - Can't believe how miss sold I was. Anyone else feel the same or have any tips?
I have had to resort to using a torch or having someone else take pictures on their phone and send it to me. Not that I always carry a torch but sometimes have one whilst working. No issues with Google Pixel, Sony Xperia or iPhones but the Samsung just can't do the job in the same conditions, same shot at the same time. I expected more for the money I have spent.
I've had phones in the past that allow you to keep the flash light turned on like a torch for taking images. This might help with close range low light. Hopefully samsung could at least look into enabling that🤞.
N.B. no issues with camera in normal circumstances. Only low light. I have tried night mode with variable results. I have adjusted brightness, flash off, flash on, flash auto & the remaster function. I have consulted Samsung via messenger and followed advice with no success. They also told me to post here.
Samsung should be disgraced especially since competitors and older phones can outperform this! Nokia Lumia 1020 for example.
Only advice I have been given from friends was....should have bought an iPhone 🤷
0 Likes
Share
Reply
12 REPLIES 12

Galaxy S21 Series
When I first got the phone, the camera was junk even in normal daylight conditions. This has improved through updates but it's not the phone I thought it would be
0 Likes
Share
Reply

Galaxy S21 Series
Thanks lets hope they have a raft of updates coming soon. That's good I guess that updates have helped a little. Sorry to hear you are as let down as me.
0 Likes
Share
Reply

Galaxy S21 Series
Hi thanks for your comment. Love your picture. Yes as mentioned, I find it very hit and miss. Might be because you have to hold the phone steady for a few seconds. I will keep experimenting but can't help feel that the issue is with the camera itself or the software. I have also played about with the Pro settings. Other phones cope well in the same setting.
0 Likes
Share
Reply

Galaxy S21 Series
Is this classed as a low light shot 🤔, don't jump on me if not as it was at night.. 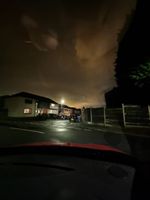 Galaxy S21 Series
Hi thanks for your comment, yes absolutely low light. I find the sky photographs quite well. I am new to this but will try to add an example. It is closer range though.
0 Likes
Share
Reply

Galaxy S21 Series
This was taken with my S21 ultra

Galaxy S21 Series
This was with colleagues iPhone 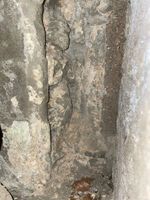