Galaxy S21 Series
Hi all, Last night my phone did something bizarre.
I had just been using it normally and everything was fine.
I placed the phone down on the side and left it for a few mins.
5 minutes later, the phone screen flashed bright white and then went black.
I tried unlocking the phone but nothing happened, apart from a very faint and momentary flicker of the screen and then went black again. It keep doing this repeatedly and I couldn't unlock the phone.
I rebooted, but when the reboot screen loaded, the screen was still black and the boot-up writing on the display was blury and green - its usually white.
I placed my phone on charge and the same flickering happened, the phone was on but I could not unlock it or turn the screen on
I left it over night and when i woke up the next morning the screen had turned back on, however there is now a thin white stripe across the bottom of my screen, just above the action buttons which won't go.
The phone hasn't been dropped or damaged or subject to water damage, and so was completely random. Has anyone seen or experienced something like this before ?
0 Likes
Share
Reply
3 REPLIES 3 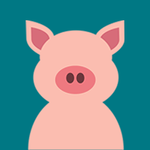 Galaxy S21 Series
Thank you so much for you reply. Hopefully they can sort it 😊
0 Likes
Share
Reply