Galaxy S21 Series
Do we really need to start a petition as we did for Exynos last year in order for Samsung to stop with removing SD slots?
Top phones, such as S or Note, for their top price, need to have a support for SD cards. Especially higher spec, more expensive versions, such as Ultra models. This is needed for many reasons and justified by investment at that 1000+e pricing.
For example:
- When user wants to store lots of high quality audio files and use the phone as a player for those also.
- When user wants to save large files or use the device as a mass storage device.
- When user wants to store many media files such as photo and video,and possibly do a media production with those in an app such as GoPro.
- When user chooses not to use cloud storage but instead the local one (not willing to share the files or risk of exposing privacy, or not willing/being able to pay monthly subscriptions, or not trusting future of cloud service)
- When user wants to rely on the pure hardware of the device and not to depend on internet connection to access personal files (cloud, media transfer services, remote file access...).
- ......more..............
Simply put, it's totally understandable why this is done by Samsung and for whoever wonders why I'll briefly explain:
- Samsung has increased partnership with Google (which also recently added notification for mandatory monthly paid subscription) and wants to promote that strategy (for mutual interest)
- Samsung wants users not to pay to the third party companies (memory card manufacturers) but instead keep the money channeled towards them by offering more than one storage option.
- Samsung wants to distinguish the S from Note line and make S more oriented towards most users who want flagship device for every day use and Note for those so called "power users", PC/tablet all in one device, business people, etc...
- ... probably more.........
As a conclusion i will just add my personal thoughts to this:
- It is very controversial showing all the amazing new software improvements and implementations with hardware department (One UI 3.0, Smart Things, Camera and AI upgrades) which expand the world of possibilities user have and than to shrink these same possibilities by offering very limiting amount of storage to actually enjoy all of these. After i watched a full Galaxy Unpacked Event i was really left with a positive impression on all what I saw (even hearing about the charger i justified) but than i opened some random Youtube video and realized I missed one detail..... "No SD slot even on highest priced model".
- With so many phones nowadays becoming so good at what they do, with current price/performance/function ratio of mid range phones it seems out of bounds for Samsung to make this move in the eyes of casual user and power user as well.
- I'm really becoming tired of writing so I'll just end this conclusion/feedback/issue/critic by saying that I'm still sticking to my amazing Note 10+ 512gb (with SD of 512gb) and hoping that Samsung don't make the same mistake for Note lineup as that would really be a door closing to some of the actual power users who would use that kind of phone to the maximum.
Thanks and have a great day.
5 Likes
Share
Reply
18 REPLIES 18 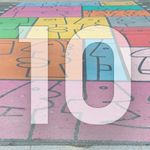 Galaxy S21 Series
Why does Samsung get all the hate just because they were the last ones who removed the Sdcard-Slot??? Samsung did this because most of the people don't care about SdCard (Well I care but I don't use it) and because many people don't use this. At least you can double your storage for only 50€.
0 Likes
Share
Reply