Samsung Galaxy S21: The first 10 things to do with your new phone

The Galaxy S21 series embodies Samsung’s approach to smartphone design, which is to cram in more features than the competition. That means your new phone does a lot of cool things, but good luck finding it all. We can get you started, though. Here are 10 things to do with your new Galaxy S21.

Fix the Side Key

Most phones have a button on the right edge that turns it on and off, and you would probably call this the power button. Samsung prefers “side button,” and it doesn’t behave like the buttons on other phones. By default, long-pressing this button opens Bixby (accidentally triggering this is probably the only reason anyone even opens Bixby anymore).

Luckily, you can banish Bixby from your button. Just go to Settings > Advanced features > Side key. From here, you can change that press-and-hold setting to produce the power menu like it does on every other phone.

Google Discover on the home screen

After years of resistance, Samsung has allowed Google’s Discover panel to live on its One UI home screen. It might not be enabled on your phone out of the box, but it’s quick to set up. First, enter the home screen editing interface by long-pressing in an empty spot or pinching with two fingers. Swipe over to the far left, and you will see a toggle. When on, you’ll get the chosen info panel on the far left of your home screen. You have two options: Google Discover and Samsung Free. Trust me, you want Discover.

Samsung has a new in-display fingerprint sensor in the S21, and it’s much, much faster. All you have to do is find it. The area with the sensor is only highlighted when the screen is awake or in always-on mode. The quickest and most efficient way to unlock your phone is to turn on “Lift to wake,” which Samsung has buried deep in the settings.

You’ll find this toggle under Settings > Advanced settings > Motions and Gestures > Lift to wake. Once that’s on, the screen will wake up when you pick up the phone, making it much easier to find the sensor and unlock the phone in one smooth motion.

The usage of video conferencing software like Zoom has skyrocketed in the last year, and the S21 has a feature to make these apps a bit more powerful. Even if your app doesn’t have live background effects, the S21 might be able to add them. Just head into Settings > Advanced settings > Video call effects.

From this menu, you can choose between blur, solid color, and custom images. It plugs into numerous apps, including Duo and Zoom. It uses a little more power during video calls, but you won’t have to worry about what’s behind you before answering a call.

Samsung has long been aggressive to curtail background processes on its phones, and it’s actually more strict with the S21. There’s an opportunity in setup to skip Samsung’s heavy-handed app sleep mode, but it’s also available in the settings under Settings > Battery and device care > Battery > Background usage limits.

This feature is different than app optimization, which all Android phones have. Sleeping apps on Samsung phones are completely unable to operate in the background, which is annoying if you want an app to relay notifications even if you’re not opening it regularly. Turn this feature off, and you’ll avoid these issues. Battery life might suffer slightly, but the phone will work better.

Some of the most popular social media and messaging apps don’t support multiple accounts, which is a bummer. However, Samsung has a handy built-in feature called Dual Messenger that creates copies of these apps so you can log in a second profile. This feature is once again in Advanced settings, down near the bottom.

Dual Messenger works with Facebook, Telegram, WhatsApp, Snapchat, and more. You’ll get a second copy of the app icon marked with an icon to remind you which one is the Dual Messenger copy. You can use this app normally alongside the “regular” one. If you decide you don’t want a separate app anymore, just turn it off in the Dual Messenger settings.

Samsung adopted Google’s new smart home dashboard, but it’s not putting it on the power menu screen. On the S21, you’ll find a new “Devices” item the top of the notification shade. Tap that, and you can see an overview of smart home devices under either Google Home or Samsung SmartThings. You can control lights, thermostats, cameras, and more.

You’ll want to customize the devices visible here, which is in the settings hiding in the overflow menu. Just select the smart home devices you want included, and then long-press and drag to move them where you want.

The Bixby voice assistant isn’t very useful, but Samsung’s Bixby Routines are. Despite having the same branding, there’s no connection between the features. Bixby Routines let you create automation schemes to change your phone settings and control connected devices.

To get started, just head into Settings > Advanced settings, and find Bixby Routines. Flip the toggle on, and start linking actions and services to see what you can create. Routines are easy to set up, too—they’re configured as “If-Then” statements. There are some recommended routines to start your morning or mute your phone at work, but the possibilities are almost endless.

You might think the S21 has a lot of features built-in, and you’re right. That’s not the extent of your modification options, though. Samsung’s Good Lock hub includes even more customization for your home screen, lock, screen, clock, buttons, and more.

To get started, get Good Lock from the Galaxy Store. It’s free and will link you to all the individual modules to control different parts of the phone: LockStar, QuickStar, Clockface, MultiStar, NavStar, Home Up, and NotiStar. With everything installed, there are a ton of settings to explore. With Good Lock, you can do things like force apps to work with multiwindow, change the color of your nav button, keep notification logs, and more.

If you’ve got Samsung’s latest and greatest S21 Ultra, there’s one more feature to explore that the other S21s don’t have: S Pen support. This phone has a digitizer in the screen, allowing you to use Samsung’s inductive stylus technology. You can get a stylus specifically for the S21 Ultra, plus a case to hold it for $70. However, you can also just buy a cheap replacement Note20 Stylus for under $20 that will work just as well.

The S Pen lets you sketch, write, and color on your phone with ease. It also gives you the Ai Command pop-up where you can access stylus-enabled apps more easily. The S21 Ultra doesn’t support the Bluetooth features of the Note S Pens, but most of the functionality is there.

Galaxy S21 Series
Not Bad for a First post.

Would be Very helpful for newbies .
5 Likes
Share
Reply

Galaxy S21 Series
Thank you so much for all the information I really appreciate it.
1 Like
Share
Reply 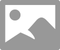